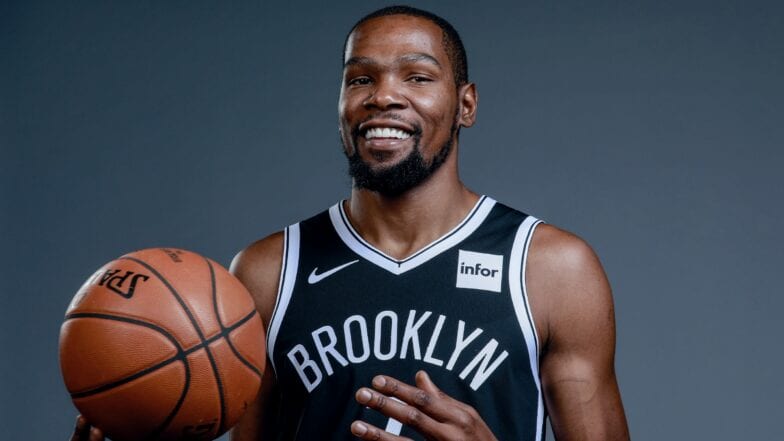 Kevin Durant is one of the most well-known basketball players in the world. He is currently finessing hoops for the Brooklyn Nets. His college career kicked off in the 2006-07 season with the University of Texas. Playing for his team, the Texas Longhorns, he helped them finish the year with a 25-10 overall record. As a consequence of his brilliant play, he received the unanimous John R. Wooden Award. Then he won multiple more awards for the great spell. He decided to declare for the NBA draft after just one season of playing for the college team. Seattle Supersonics selected him in Round 1 as the second overall player. Durant remained with the Supersonics until the end of the 2015-16 season. He announced that he wanted to sign with the Golden State Warriors on July 4, 2016, joining three days later.

Durant has won two NBA titles with Golden State Warriors before hinting towards shifting to the Nets. In July 2019, he made a move to the Nets official. He has been with the Brooklyn Nets since then. He has won two Finals MVP Awards, an NBA Most Valuable Player Award, two NBA All-Star Game Most Valuable Player Awards, four NBA scoring titles, the NBA Rookie of the Year Award, and two Olympic gold medals. Kevin has also been selected to 11 NBA All-Star games as well as 9 All-NBA teams. Durant is one of the highest-earning basketball players off the court, courtesy of lucrative endorsement deals. He has endorsement deals with companies like Nike and Foot Locker. He’s also very philanthropic. He has also contributed to The Player’s Tribune as a photographer and a writer. Durant made his acting debut in 2012 when he appeared in Thunderstruck. 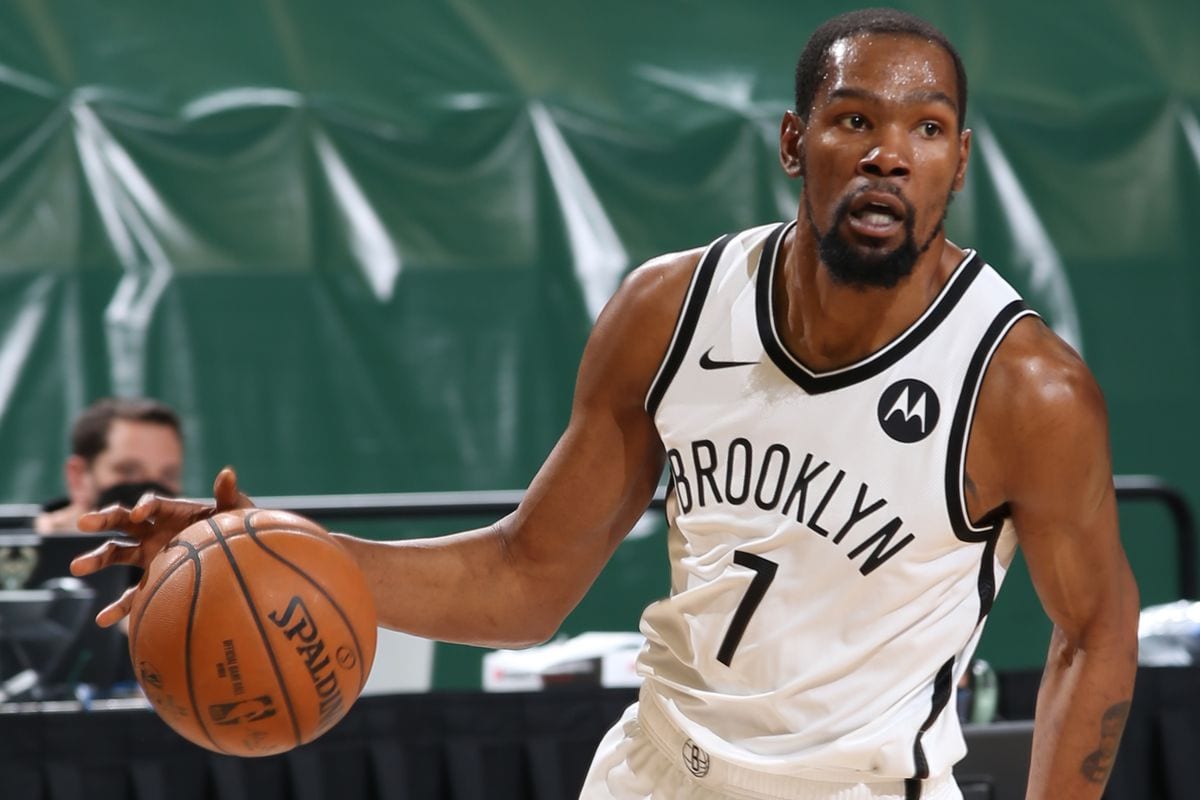 Durant currently plays for the Nets.

Family, Cars, and Net Worth

Kevin Durant is very close to his mother, Wanda Durant. The relationship was a part of the Lifetime movie The Real MVP: The Wanda Pratt Story. Durant has a lot of tattoos, primarily religious ones on his stomach, wrist, and back. He leads a pretty affluent life with an expensive property in Malibu, California. He also sports two wonderful works of art on his legs. On his left leg is a tattoo of 2pac, and on his right leg, a tattoo of Rick James. Also having good taste in cars as well, he owns a beautiful red Ferrari. According to reports, he has a garage full of expensive cars. He reportedly earns over $41 million per year with the Nets. However, he makes bigger bucks through his many endorsements, making his net worth a whopping $250 million. 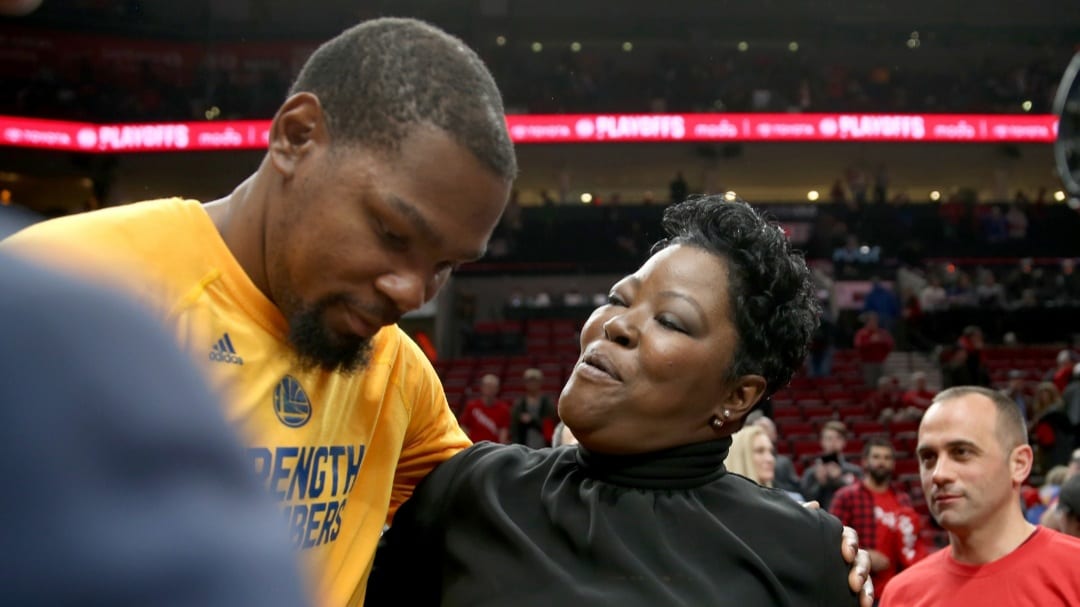 Kevin is very close to her mother, Wanda Durant.

He was in a relationship with Monica Wright, who he eventually proposed as well. His relationship with the former WNBA player gained attention when he was spotted in two Minnesota Lynx games. The pair dated each other for a while, and Kevin Durant even popped the question. However, it was not working for them, and they split up shortly thereafter. In an interview with GQ, he talked about his ex-fiancée. “We was just hanging out, chilling, and I felt the energy,” he told GQ. “I felt I need to do this right now”, he explained how he proposed in the spur of the moment. After the breakup with Wright, he has had several short-lived flings with Cassandra Anderson and Amy Shebab.

Kevin Durant also shortly dated Jasmine Shine. According to reports, they both knew each other for quite some time before dating. In March 2017, rumors had it that he was dating model Brittany Elena. However, those rumors were put down after some other reports came to light. They hadn’t met each other until the All-Star Game. And even after that, it was reportedly confined to a strictly professional dynamic. As it turns out, it was all just rumors in the end, not an uncommon thing for professional athletes.

Who is Kevin Durant Dating Now? 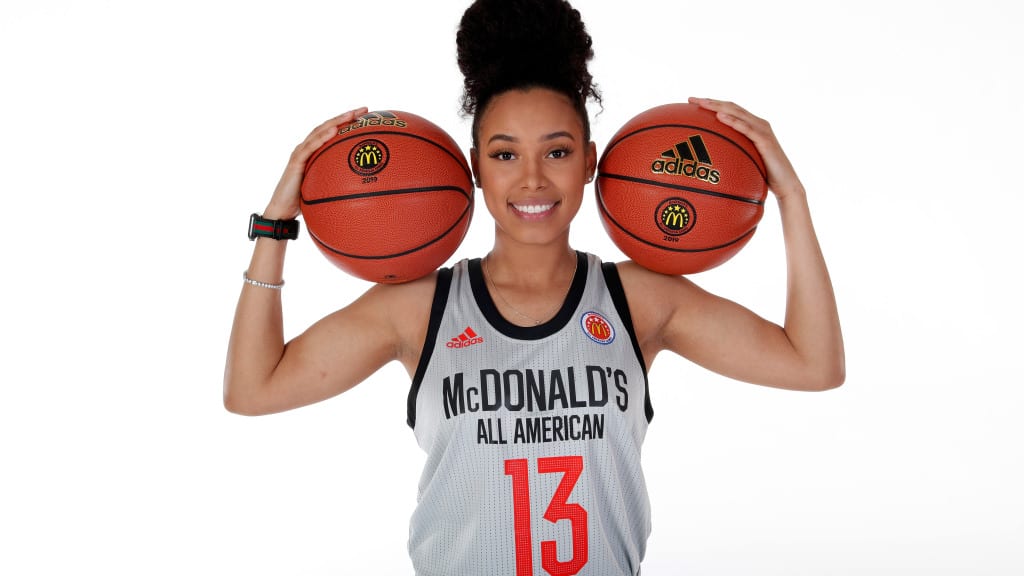 He’s also been reported to date, Cassandra Anderson. Friends with Doc Rivers’ daughter, Callie Rivers, she played volleyball with her in Florida. But this relationship fizzled out pretty quick too. Cassandra is currently a realtor for Berkshire Hathaway in California. There were also reports of him dating Apryl Jones for a while. The actress even shared in an Instagram live that he had tried sliding into her DMs. However, they were never really a thing. Next on Kevin Durant dating rumors, he had been caught liking college basketball player Jaden Owen’s IG posts. But when people started calling him out, he switched to stop liking her posts. Instead, now he was double-tapping her photographs on other pages. But as things stand right now, it seems the NBA star is playing it real low-profile.