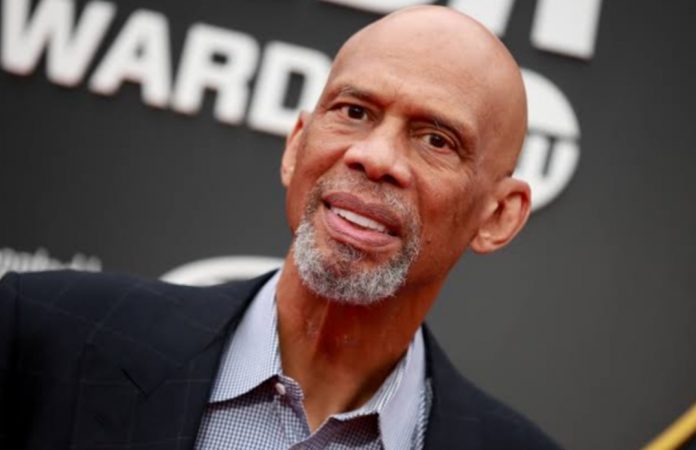 Today, we shall discuss Who is Kareem Abdul-Jabbar’s Wife? What do we know about the former basketball player’s marriage and the details of his noteworthy sports career? Starting from the basics, as a player, Kareem has served for the Milwaukee Bucks from 1969 to 1975. Thereafter, he joined Los Angeles Lakers and continued to play till 1989. Because of his versatile basketball playing skills, he made it to the title of NBA Champion six times.

One of his biggest achievements has been his win of the title of NBA All-Star, nineteen times in all. It was in 1998 when Kareem joined the Alchesay HS team as the assistant coach. Since then, he has been continuing with the same for different other teams as well, which we shall discuss later on.

Knowing so much about his noteworthy sports career, fans are interested to learn about Kareem Abdul-Jabbar’s personal life, precisely his marriage. When we talk about his spouse, he was pushed by his religious leader to marry her. However, it didn’t last for long and later this NBA star moved on with someone else. But, what happened between him and his ex-wife? Let’s dig into this article to learn more about Kareem Abdul-Jabbar’s Wife.

Taking Kareem Abdul-Jabbar’s Wife is Habiba Abdul-Jabbar, who was born with the name Janice Brown. The duo met each other for the very first time at the Los Angeles Lakers game during the time Kareem was in his senior year at UCLA. After dating for quite some time, Kareem and Habiba tied the knot in 1971. At the time of their marriage, Habiba’s parents were barred from entering the mosque as they are Christian. It offended both of her parents after all they visited them right from New York, to see their daughter’s wedding. It caused a serious rift too. But, Kareem somehow later gained their love, blessings, and support and always made sure to welcome his new parents from New York.

Later, they gave birth to three children. More precisely, Habiba and Sultana are their daughters while Kareem Jr. is their son. He has followed the path of his father and ended up playing the same basketball sport in Western Kentucky. Unfortunately, after eight years of togetherness, their marriage came to an end in 1978, with a mutual divorce. Despite their split, they have always kept in touch with each other, being responsible for their grown-up children. The reason behind their separation might be his affair with Cheryl.

Well, Cheryl Pistono and Kareem Abdul-Jabbar got engaged to each other but didn’t tie the knot. Also, they welcomed their son and named him Amir. Because of some unsolved concerns, the duo broke up. At present, she seems to reside in Los Angeles. However, both of them have stayed in touch, despite their split.

Besides knowing Kareem Abdul-Jabbar’s Wife, fans are interested to learn more about him. Born on 16 April 1947, Kareem is 75 years old at present. He was born in New York City, United States. Being a basketball player, he has an impressive height of 2.18 meters. You may follow his Twitter account, having more than 2.2 million followers.

Discussing his career, as a player, Kareem has won numerous titles and accolades. Some of those are- NBA All-Rookie First Team, NBA Rebounding Champion, NBA Scoring Champion, NBA Blocks Leader, NBA All-Defensive First Team, and many more. As a player, Kareem has been inducted by the Basketball Hall of Fame, back in 2006. Not to forget to mention his win of the USBL Champion title in 2002, being the coach.

Even as an assistant coach, he made it to the NBA Champion twice, more precisely in 2009 and 2010 respectively. Besides his sports career, Kareem also took part in Dancing with the Stars Season 26, where he was partnered with Lindsay Arnold, a professional graceful dancer.

Best Wishes to Kareem Abdul-Jabbar for the remaining days of his career.

Also Read: Is Jalen Rose’s Ex-Wife Dating Stephen A Smith? All To Know