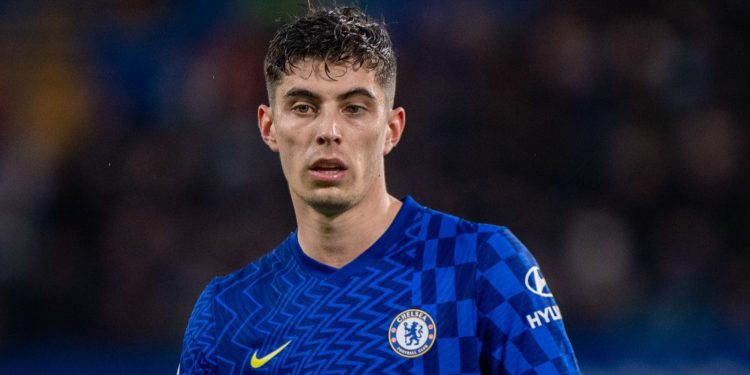 Is there anyone under the age of 17 who can turn a league upside down? Without a doubt, this individual was born with a special set of genes. Since Kai’s professional debut with Bayer Leverkusen at the age of 17, Kai Havertz has accomplished more than any other adolescent. Kai, a multi-tasking young football player from Aachen, Germany, moved between school and training facilities. As if things weren’t already hectic enough for the young sensation, Bayer Leverkusen had even named the Aachen native as team captain.

Do you know who Kai Havertz’s Girlfriend is? We can also see the club’s faith in his ability to lead the team. Havertz might be the youngest player in Bundesliga history to lead a top-flight team. His versatility in the field and playmaking abilities have made him an invaluable member of both his club and the national squad.

Kai Havertz was born on June 11, 1999, in Aachen, Germany. Despite the fact that his parents’ names are still being researched, the German has two siblings who are incredibly fond of and protective of their younger brother. Similarly, Kai’s social media occasionally include Leah and Jan Havertz in a family outing or gathering. Despite the fact that his siblings’ occupations are unclear, the German midfielder’s mother is a lawyer, and Kai’s father was an amateur football player before becoming a police officer. Kai’s amateur football career was also influenced by his father and grandfather’s involvement in the sport. In addition, the entire family lived in a neighborhood with a training facility, which was another motivating incentive.

Who is Kai Havertz’s Girlfriend?

Kai Havertz’s long-term girlfriend is Sofia Weber. Kai and Sofia grew up in the same neighborhood and have known each other for a long time. He and Sofia were great friends that developed into a romantic relationship. Since 2018, Havertz and Weber have been together. Their bond of love has had its ups and downs, but Sofia has remained loyal to her boyfriend throughout. They now share an apartment in London.

They are inseparable and enjoy a special bond. Ms. Weber is a shy individual. She isn’t equipped to deal with the stress of dating a player. Sophia wants to spend a lot of time alone or, if possible, with her man. She doesn’t want to brag unduly. Therefore, she’s taken down her social media accounts as well. Kai has been told to maintain her privacy, which is why he doesn’t post much about their time together on social media. The only time he is permitted to do so is on her birthday, which falls on May 28.

Who is Sofia Weber?

Sofia Weber is a well-known model who is best recognized for being the long-term girlfriend of Chelsea midfielder Kai Havertz. Sofia isn’t the standard WAG, preferring to stay out of the limelight. Weber is 22 years old, having been born on March 28, 1999. Sofia Weber was born in Aachen, Germany, and shares the same nationality as her partner. Sofia is a prominent model who appears in television advertisements to promote products and services. She also has a display of various clothing and merchandise, as well as internet adverts. To achieve a specific appearance, Sofia collaborates with photographers, hair and clothes stylists, makeup artists, and clients.

The German, in particular, made his international debut with the U-16 squad on November 11, 2014, as a substitute for Tom Baack. Kai was also included in the UEFA European U-17 Championship roster in 2016. Germany went on to play for five more matches before being ousted in the semi-finals by Spain. For the next 15 months, Havertz was unable to compete in subsequent youth international tournaments due to a personal crisis. Finally, in August of 2017, then-Bayer midfielder made his U-19 debut against Switzerland.

Kai, on the other hand, scored his first international goal in a 5-1 win against Belarus, which led to him being named captain of the U-19 team for the following matches. Kai’s wait was also finished, as Germany head coach Joachim Low named him to the UEFA Nations League roster on August 29, 2018. Havertz made history by becoming the first debutante born in the year 1999. Since then, Kai Havertz has moved to Chelsea and even won the UEFA Champions League.