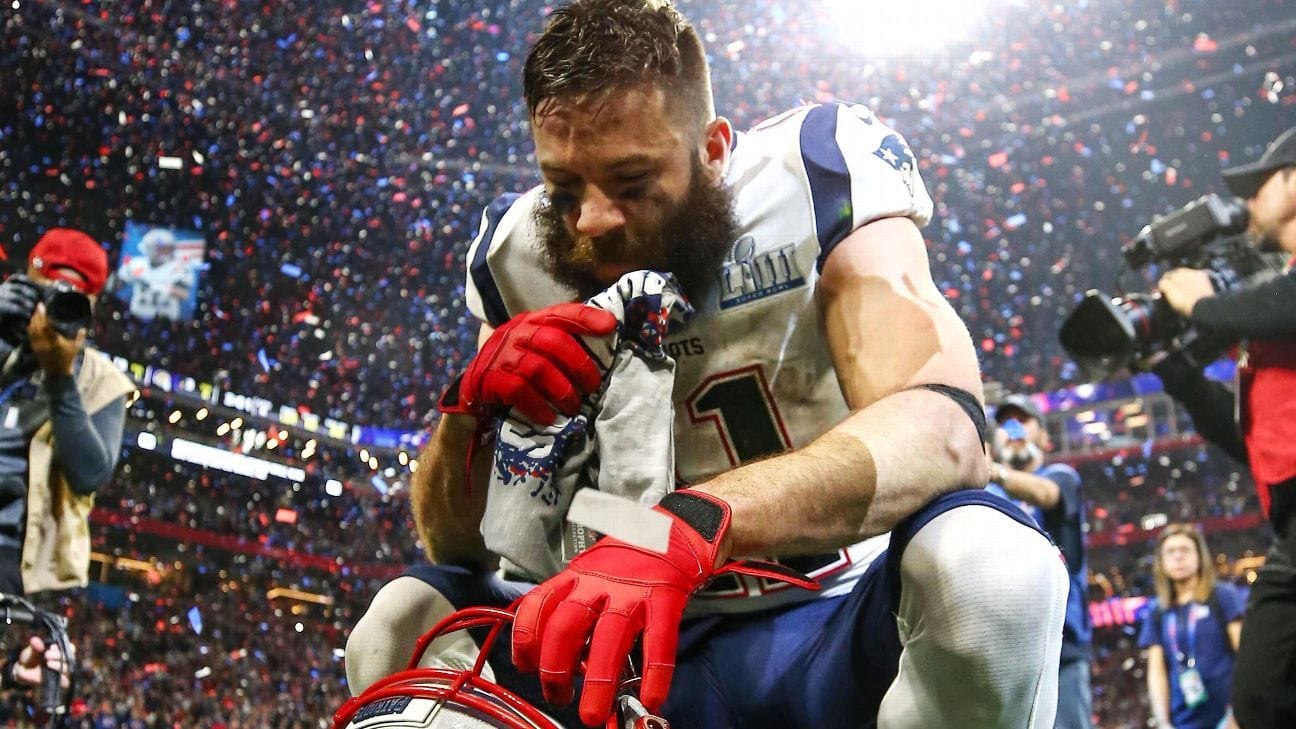 While NFL player Julian Edelman had left fans all heartbroken after his big announcement of retiring from the NFL after 12 seasons, many of his fellow teammates and fans took to social media and wished the player all the luck in his life ahead and how they all will miss him on the field. However, now that the player is soon going to bid his farewell soon, fans are curious about Julian Edelman’s personal life, and the star has managed to keep a low profile when it comes to his dating life.

With this retirement announcement, he would be sowcing more time with his alleged girlfriend. Who is this woman? Well, here’s all about Edelman’s lady love, Brazilian model Daiane Sodre.

While Julian Edelman has always maintained a low profile when it comes to his dating life, he has been linked with Brazilian model Daiane Sodre. Sodre has been the face of some big modeling campaigns and has worked for big labels like Ralph Lauren, Wella, Victoria’s Secret, and Avon. Sodre has also appeared in the music video titled French Montana’s video No Stylist featuring Drake. The model has quite an impressive social media presence with a huge number of followers. 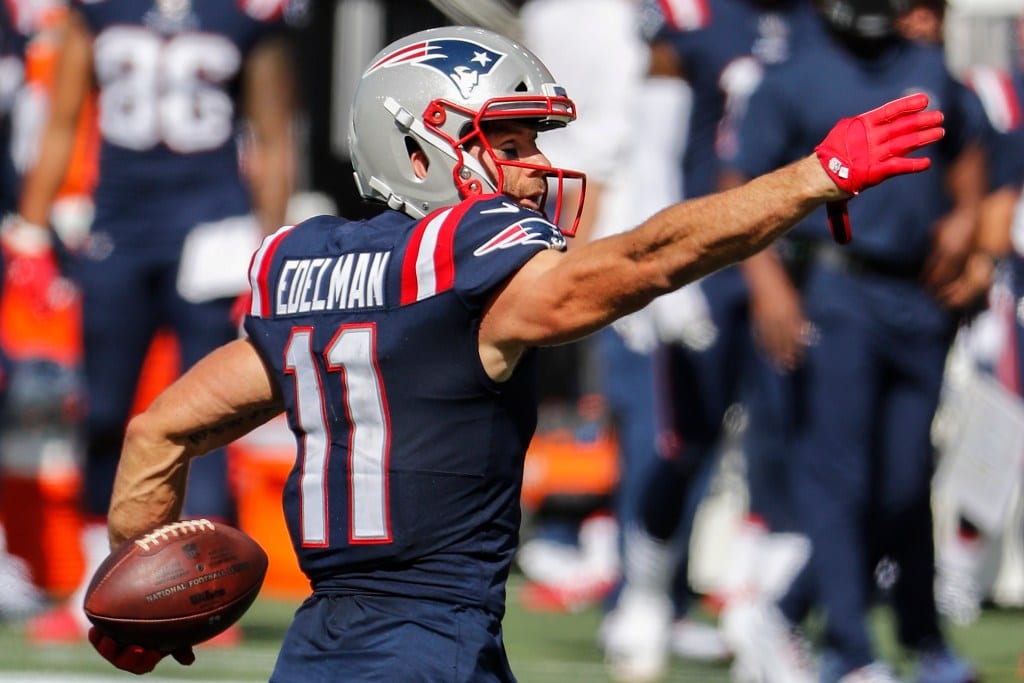 However, fans are wondering if she is seeing Edelman or not? The two were initially linked way back in 2018 when paparazzi clicked the two at the beach. However, the rumor soon went out. Sodre has earlier been romantically linked with musical celebrities like Joe Jonas and A$AP Rocky! The Brazilian beauty dated the American rapper back in 2019 as paparazzi spotted the two on numerous dinner dates. However, it seems like the Brazilian beauty has a new man in her life.

For more, you can also read Julian Edelman’s Net Worth: How Much Did He Earn in His 13 Year Journey?

While popular NFL player Edelman has not made anything official as of yet, the NFL player has been commenting on the model’s Insta posts, and followers were quick to notice that. The two have been having an on-and-off relationship without making things official out in public. Sodre has kept fans updated with her bold and beautiful Instagram posts, and it seems like Edelman is taking some special interests in the Brazilian model. They two take special interest in each other ’s posts, and it seems like it might be one of the hush-hush relationships that might soon blossom.  They two not only like each other’s posts but don’t forget to drop cheeky comments as well.

Now that Edelman has finally announced his retirement from NFL, we might be getting a glimpse of his dating life that is kept discreet over all these years. Does this mean he might soon make his alleged relationship with Sodre official on social media soon enough? Julian Edelman earlier dated popular supermodel Ella Rose who is also the mother of his daughter Lily. Take a look at this heartwarming post as the player announces his retirement taking the whole of social media by frenzy, and it sure going to be an emotional one.

On the biggest stage and in the biggest moments, you always came through. You never lost that chip on your shoulder and you never let anyone define you as a person or player. I’m proud of you Jules. Love you @edelman11 https://t.co/7i5Qb6msor

Julian Edelman And Daiane Sodre: They Might Be The Newest Couple In Town!

Edelman’s baby mama Ella Rose has also expressed her excitement about the announcement as now the player will be spending more time with his six-year-old daughter, Ella Rose, and Edelman casually dated for a while, and their relationship was never made official by both the parties. Edelman is often seen posting adorable pictures with their daughter, whom he shares with Ella Rose. 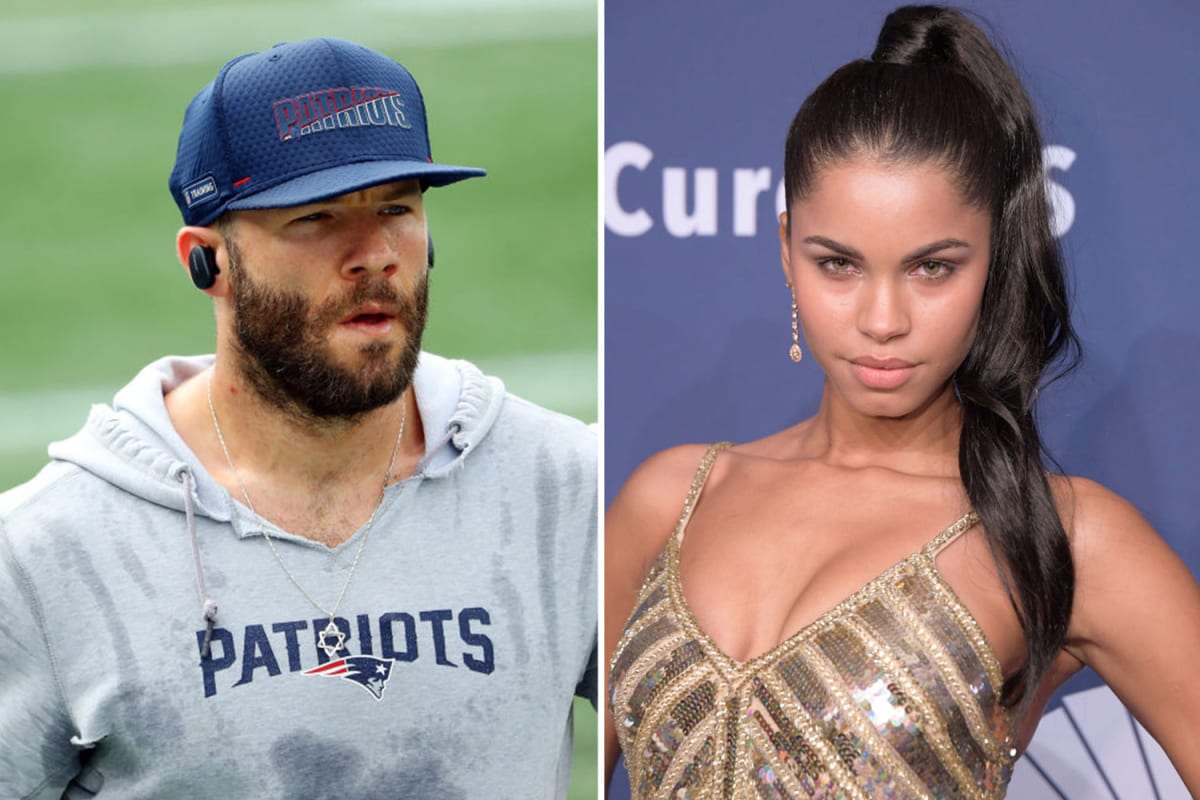 While nothing has been confirmed about the two being the newest couple yet, it seems like both of them are not quite interested in making things official as of now. However, it sure has sparked major drama amongst their followers. For now, Edelman has a lot going on for him with his retirement plan coming soon, but he sure is excited for the remaining few seasons before he says his final goodbyes to the field.  For now, it seems like this relationship might be a discreet one after all.