Who is Jordyn Jones Dating? Everything About The Influencer’s Personal Life 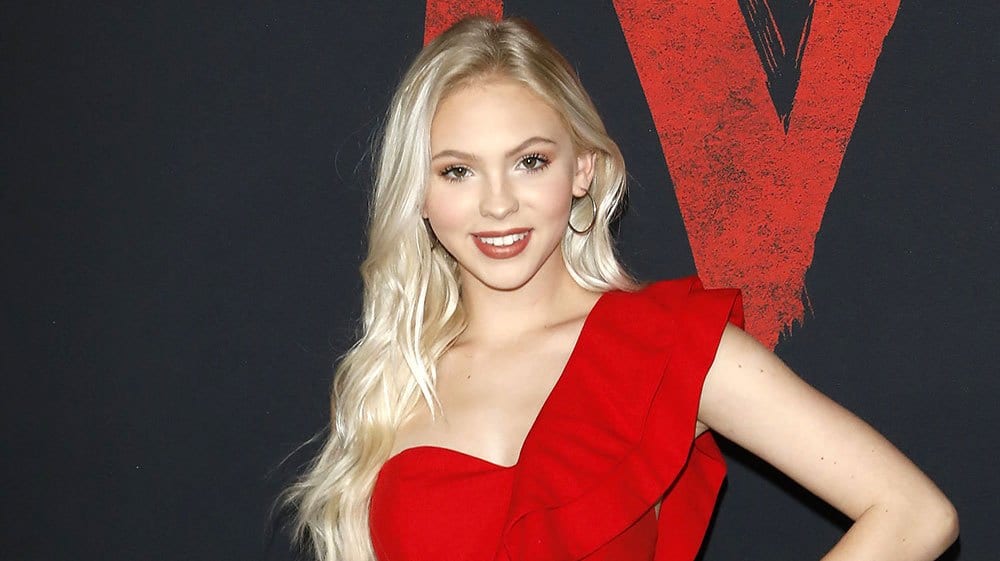 Jordyn Jones is an American singer, dancer, actress, and influencer. Jordyn was born on March 13th, 2002, in Kalamazoo, Michigan. She became famous through her dance career in Abby’s Ultimate Dance Competition. She then went on to perform in many major stages like on MTV Video Music Awards, Kids Choice Awards, and the X-Factor. Her Youtube has 1.92M subscribers, and her Instagram has over 6.4 million followers on Instagram. She is under the Creative Artists Agency and Reload Management currently.

Jordyn Jones had also starred in the Music Video of Iggy Azalea. Jordyn was in the 2012 edition of Abby’s Ultimate Dance Group. She also used to be a part of a girl group called 5 Little Princesses, or 5LP for short. She was also a star in a movie called Dance Camp by YouTube Originals and the lead of the series Overnights by YouTube.

Jordyn began singing at the very young age of 2 years. Jordyn was not new to the stage when she starred in Abby’s Ultimate Dance Competition because of her previous experience with the girl group, 5LP. After being eliminated in the 8th of the 10 episodes of Abby’s Ultimate Dance Competition, Jordyn went on to appear on other TV shows such as Dancing with the Stars, Shake it Up by Disney, X-Factor, etc. She started her YouTube channel on Feb 2nd, 2008. Her YouTube videos have views ranging from around 20k to more than 6.1M. “All I Need,” one of her songs, has 6.3 Million views on Youtube.  Her cover of the song Banji has over thirty million views. She has proved herself a good singer, rapper, and dancer again and again. Now she has her own podcast as well. Her net worth is currently 4 Million USD.

Jordyn Jones has never been one to hide or keep her love life private. She has got her fans obsessed with her since day 1, and she loves them just the same. She keeps her fans updated about everything that’s going on with her in her life. She’s been in the limelight for nearly half her life, and all through this, she has never shied away from keeping all the tea about her life from her followers.

In January 2019, she said in an interview as to why she doesn’t like her relationships private. The dancing star revealed that she is the kind of person who cannot hide anything. She apparently kept a private relationship for the whole of 2015, and it is not something she would like to do again, she added that she never wants to keep anything from her fans ever again and is rather going to try to be as real as possible with them.

Without further ado, let’s move on to find out who all has the Blonde Beauty dated.

Nic Wallace and Jordan dated for a very short time in 2015. Not much is known about their relationship. After their break up, Jordyn was linked with many other social media personalities at the time, such as Mark Thomas, Jace Norman, Carson Leuders, and Jacob Sartorius. However, these are all only rumors.

The duo started dating in 2016. Brandon even starred in her Music Video for the song All I Need (check it out above). Brandon was there to celebrate Jordyn’s 18th birthday with her.  Jordyn and Brandon also filmed a lot of vlogs together. They were also seen being all cute together at the Call It Spring Event, Staples Centre in Los Angeles on 29th November. However, the two broke up after about 2 years of dating.

Also Read: Who Is Olivia Rodrigo Dating, All About The Star Singer’s Personal Life

Who Is Jordyn Jones Dating Now?

Jordyn Jones is currently dating Jordan Beau! They met each other through YouTube – their friends invited them to shoot a vlog together – and soon after fell in love with each other. Jordyn Jones claims that they are in a “long-term” dating relationship and also reveals, very openly, about her relationship on her podcast, “What They Don’t Tell You.” In February 2021, she made Jordan her podcast co-host, and they told the fans everything about their relationship. They shared their views on love and relationship and also surprised everyone by disclosing that they have been, in fact, living for over a year! In this year, they have also almost perfected the inner machinery of their relationships and are going strong! In the same podcast episode, Jordyn and Jordan talked about the importance of compromise and space in a relationship.

The duo celebrated their two-year anniversary in August 2020. She shared a very loving Instagram post about Jordan on the same day.

Also Read: Who Is Jesse Williams Dating? Williams And His Current Girlfriend Talk About Their Relationship

Who is Sarah Greene Dating, Is She Still Single or Currently in a Relationship?

Who Is Anne Marie Dating, Does The Chart-topper Artist Have Anyone On Her Mind?