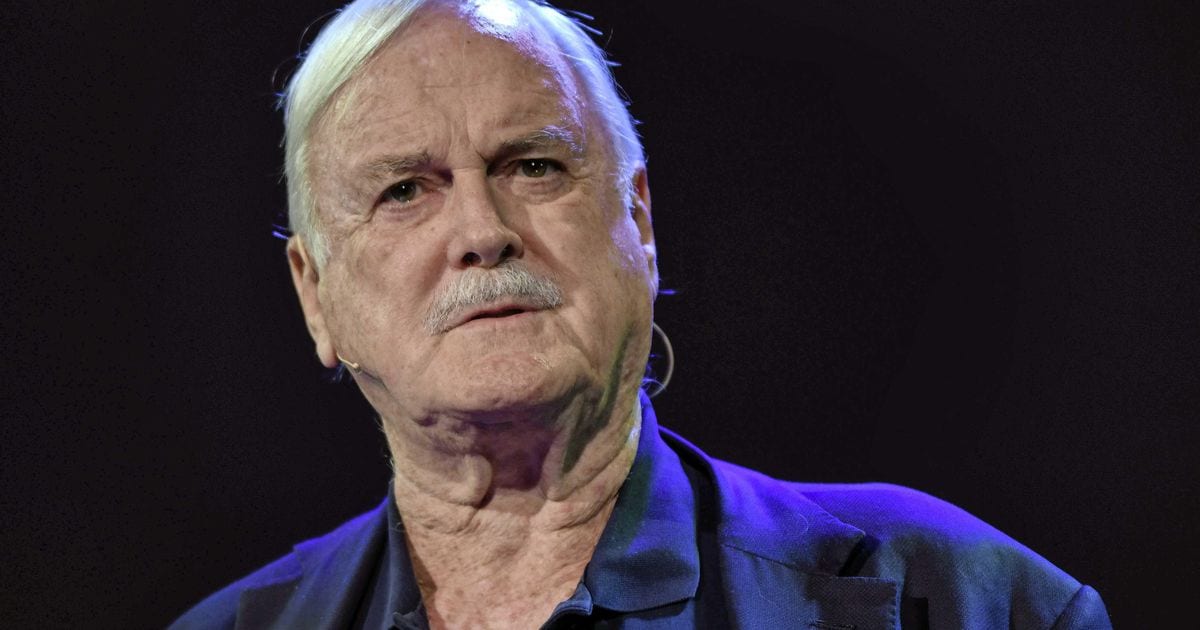 Since the very 60s, John Cleese has always been a classic entertainer who has always made sure the smile on our faces never goes away. We still reminisce Monty Python’s Flying Circus to this day, along with the hilarious sitcom Fawlty Towers. Satire, black comedy, sketch comedy, and surreal humor are something John Cleese comes packed in. Well, he might make us laugh, but the personal life of Cleese has always been difficult. Especially with his stint of failed marriages, which he has always talked about. But with time, he learned a few things and finally found the one, it seems. So who is John Cleese dating today is something we will be taking a look at.

John Cleese’s personal life in the tabloids has always been compared to that of other comedians. They have often referred to him as difficult to be with. But we believe the long-term marriages of Cleese tell a different story. It seems like the comedian always believed in love, but sometimes you just can’t push it and have to part ways. So anyway, it took three marriages until John Cleese came to meet someone who actually understood him. Now she is the reason he is in the great shape we see him today. So let’s meet her.

Who Is John Cleese Dating?

John Cleese is, in fact, happily married to Jennifer Wade. So dating is off the question now. Jennifer Wade is a British Business Professional, a jewelry designer, and a former model. But at the moment, it is no part of the show business. John and Jennifer have been married for more than eight years now after tieing knot back in 2012. They met in 2010, and they dated for two years before tieing a knot at a lavish Mustique ceremony in 2012. John Cleese, in an interview, said that he finally got the right one after marrying Jennifer Wade. He had a string of failed marriages but this one working best for him. 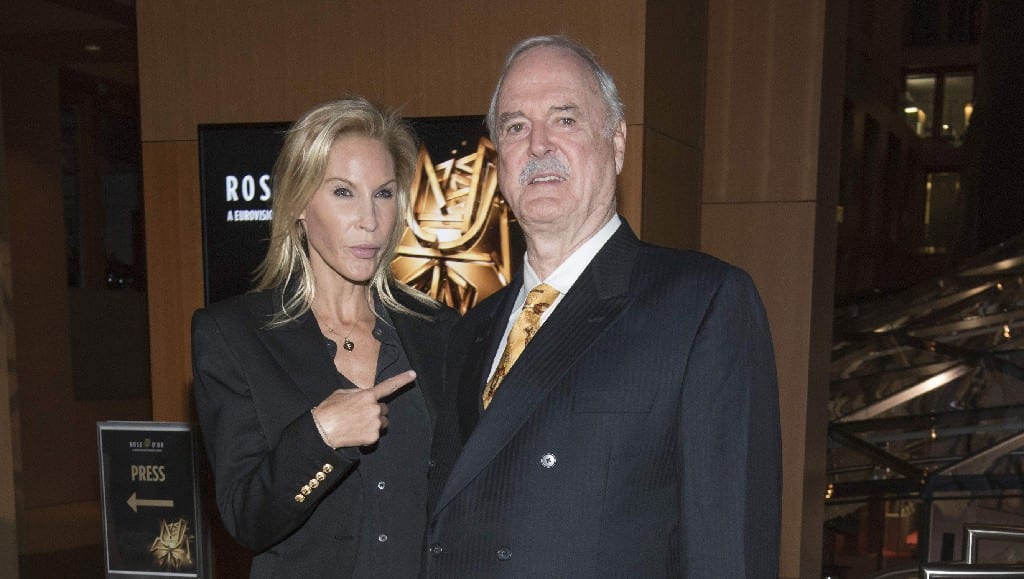 John Cleese has often thanked his wife, Jennifer Wade, as the reason behind him being fresh at the age of 80. He believes he has married the most wonderful and fun person with whom he often plays hide and seek, thus trying to scare each other. In one of his interviews, he mentioned how their marriage still stays fun with the pranks they pull on each other, with one time Wade hiding under a blanket. Cleese returned home only not to find her and to sit down on the bed. The next thing was someone holding his ankle. Keeping things lowkey, no one knows much about Cleese’s personal life, but yes, he is quite in good shape. Thanks to his wife and you may often see them shopping together on the streets near their house.

Also Read: Who Is Dominic Monaghan Dating? The Lord Of The Rings & Lost Star’s Relationship Status

Before he met Wade, John Cleese was married to Alyce Faye Eichelberger for 15 long years. Alyce Faye Eichelberger is a psychotherapist, author, and radio show host. She is known for the book How to Manage Your Mother: Understanding the Most Difficult, Complicated, and Fascinating Relationship in Your Life. The one she wrote with Briant Baes. At the time of their divorce, John Cleese was described as exhausting to live with. It was quite a long marriage, but sources told Cleese was a difficult and complicated person to live with. 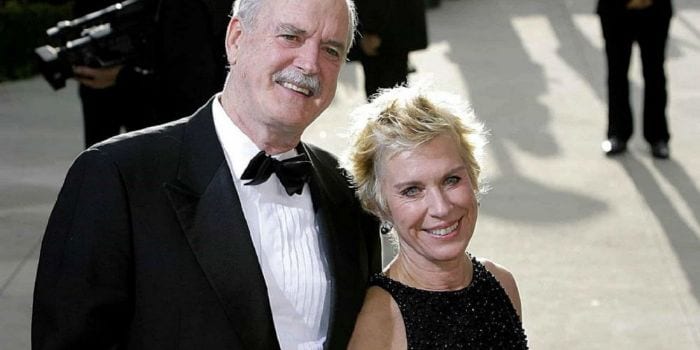 Prior to that, John Cleese was married to Barabara Trentham. You may remember her for the movie Rollerball from 1975. They met when Barabara was working in Los Angeles as a reporter and producer of Those Amazing Animals. Soon, they married in 1981 and divorced in 1990. They have one child from the marriage named Camilla, who was born in 1984. Even the relationship with Barabara was quite long. Similarly, his first marriage to actress Connie Booth.

Connie Booth from the 60s-90s had appeared in several British television shows. She, in fact, co-wrote the show BBC2’s Fawlty Towers with John Cleese and went on to star in as well. John Cleese and Connie Booth dated for a year before tying a knot in 1968. They were married for ten years before calling it off in 1978. So, each and every marriage of John Cleese has always been long-term and all for looking for love. But it seems like it never worked for him in his first two until he found Jennifer Wade. 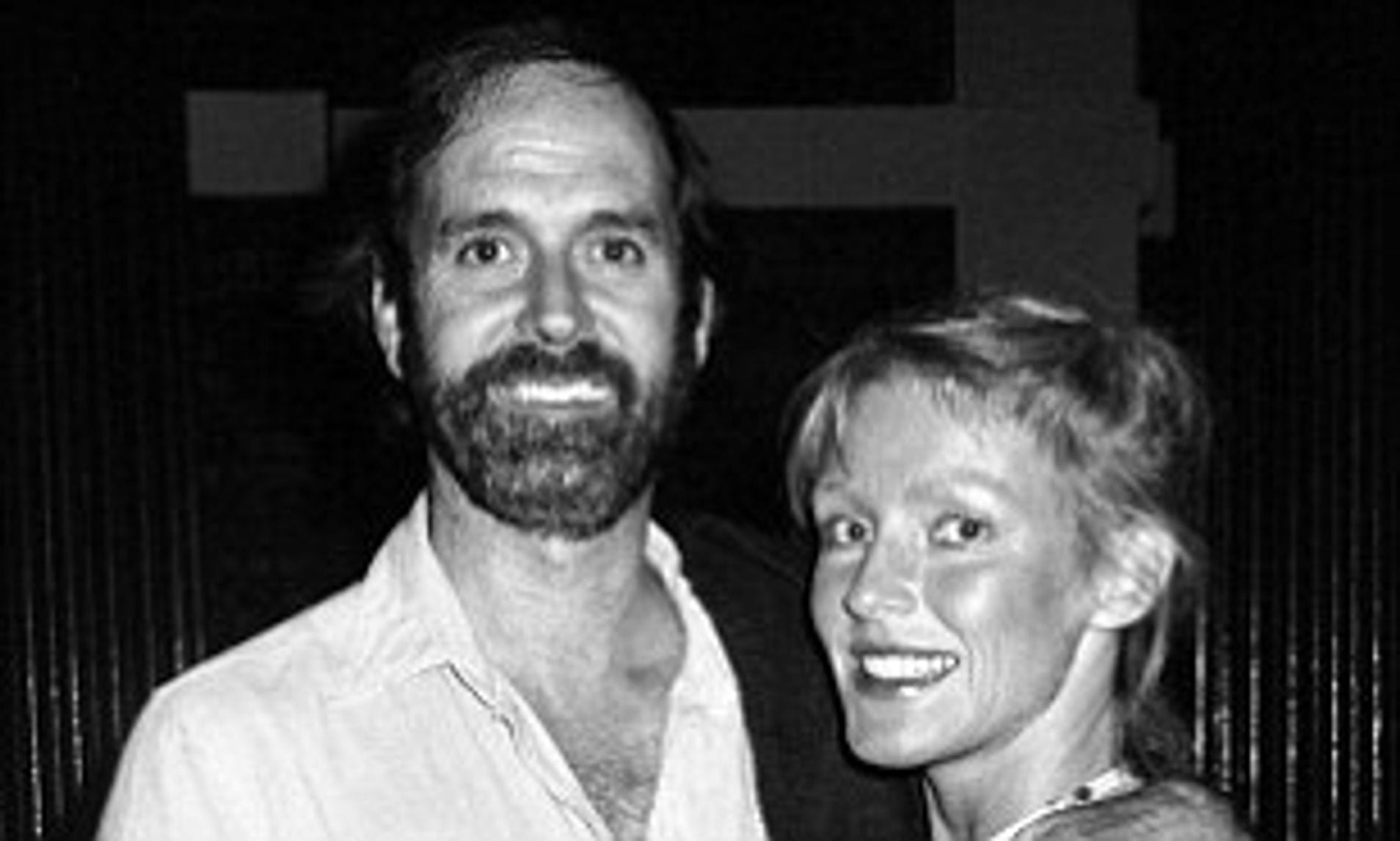 John Cleese And Barabra Trentham During The Time They Worked Together