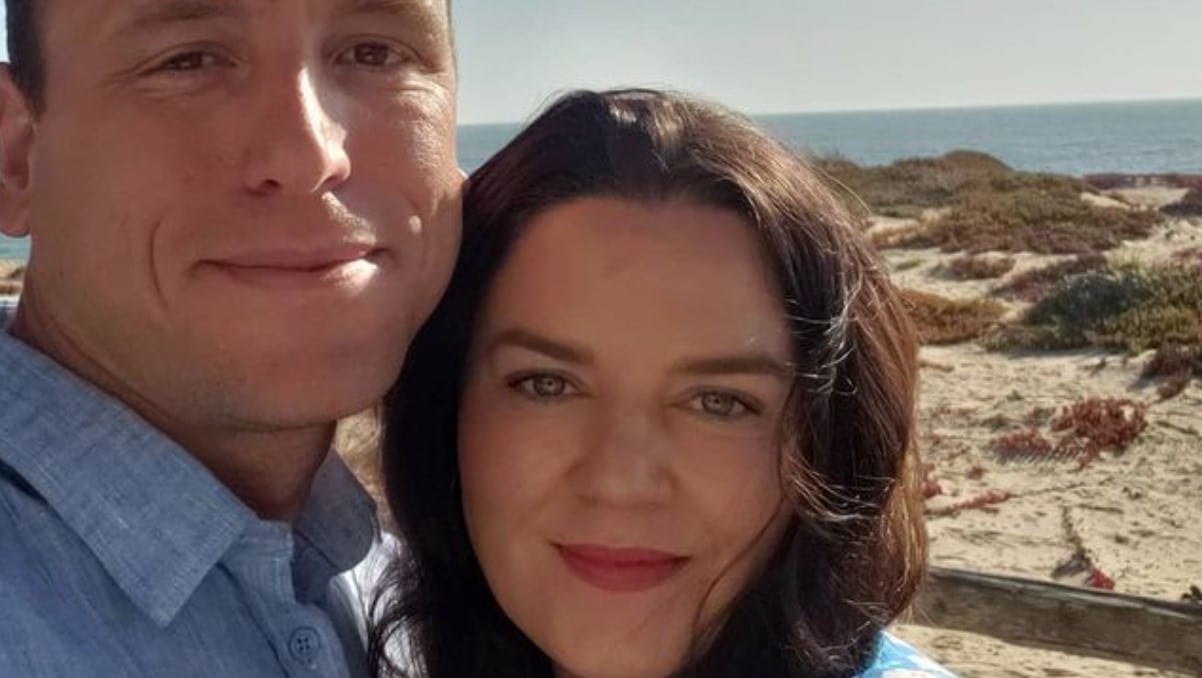 In this article, we cover who is Joey Chestnut dating. If you don’t know Joey Chestnut, you might recognize him from his binge-eating, cringe-inducing videos. And that’s because Joey is a competitive eater. “Competitive” being an euphemism for eating massive quantities of food against the clock and making bank on it. Chestnut is on the news as he recently ate seventy-six hot dogs at a famous international Hot Dog Eating Contest at Nathan’s Restaurant.

But since this post is about who is Joey Chestnut dating, we have to mention his ex-fiancée Neslie Ricasa briefly. And the reason we mention briefly is because Joey Chestnut is single because he broke it up with Neslie a long time ago, that relationship went south in 2015. When Joey proposed to Neslie back in 2014, he proposed to Neslie Ricasa but then ended the commitment to focus con his competitive eating career, a feat that made him earn nearly $2 million dollars. Keep reading on our scoop regarding Joey Chestnut.

Let’s get the main question out of the way. Joey Chestnut isn’t single, he dates a woman who keeps her identity private. His last known public recorded relationship was with Neslie Ricasa, and that ended in 2015. Right now, that’s about the only information there is in the public reach. Let’s unpack this a little bit. There’s an old Instagram post of 2019 of Joey on a beachfront with a woman named Brie. In the caption, he comments how good were some oysters he ate with her.

There’s not much information on Brie. All we know is that she and Joey ate pizza, oysters, and other gourmet dishes on a journey across the United States.

Why is Joey Chestnut on the News?

Joey Chestnut trends on the news because yesterday, July 4th, 2021, he ate 76 hot dogs in 10 minutes. And that made him earn the Nathan’s Famous Hot Dog Eating Contest. That’s a new world record for himself, raking his food-chomping accolades to a whopping total of fourteen. This man started his feats all the way back in 2006 when he began eating Grilled cheese sandwiches (he ate 47 in ten minutes at that time), then moving his way in the food eating circuits to the present day, when he earns yet another title. 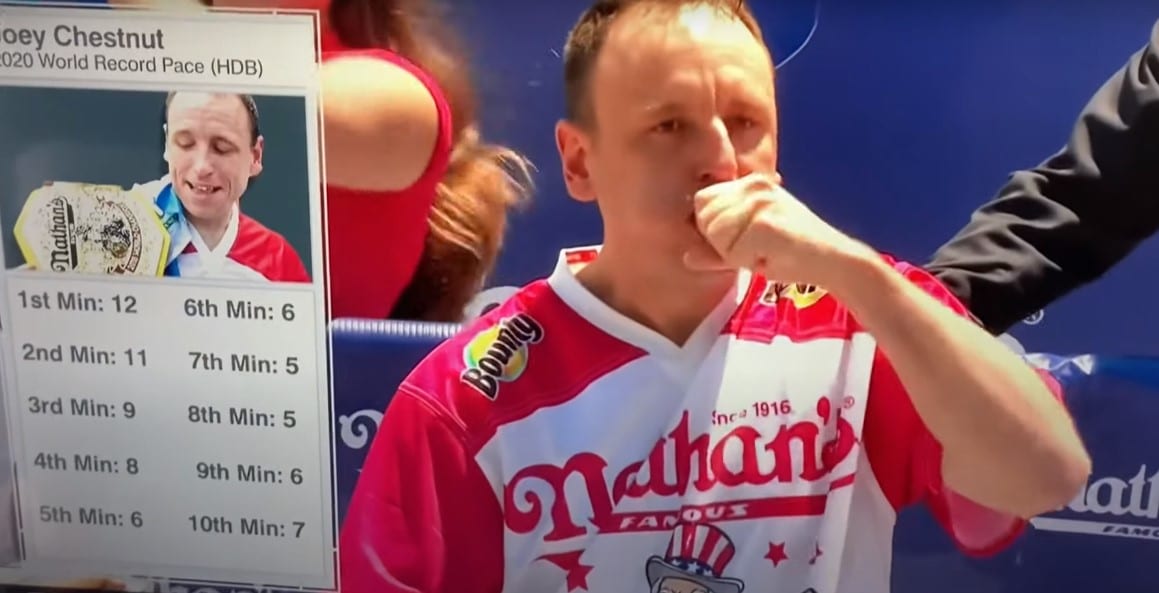 What is the Nathan’s Hot Dog Eating Contest?

The Nathan’s Hot Dog Eating Contest is an annual American food-eating competition held every Fourth of July at Nathan’s on the corner of Surf & Stillwell Ave. in Coney Island, New York. This is the place where dudes like Joey Chestnut and The Tsunami Takeru Kobayashi cut their teeth eating hot dogs. The Hot Dog Eating Contest is a well-sanctioned event, with regional qualifying tests, wildcard raffles and invitations by a governing body. Yes, you read that well. A governing body. It’s called Major  League Eating, and it even has another governing body of higher hierarchy, the International Federation of Competitive Eating. Read on to learn more.

Also Read: 8 TV Shows About Food You Should be Watching in 2021 – Series Recommendations

What is Major League Eating?

Founded in 1997, Major League Eating is the governing organization which rules every aspect of professional competitive eating events and its broadcast rights. This organization, and the International Federation of Competitive Eating Incorporated are companies created by the Shea Brothers and they have a global presence. These enterprise rules events like Nathan’s Hot Dog Eating Contest, the Krystal Square Off World Hamburger Eating Championship, the Buffalo Wing National Festival, and the La Costeña Jalapeño Eating Challenge.

Major League Eating gives the Mustard Yellow Belt, a championship belt in the same fashion of boxers and martial arts fighters. Coincidentally, this Mustard Yellow Belt belongs to Joey Chestnut. And he had it for quite some time until Matt Stonie beat him at a 2015 Hot Dog eating contest. Currently, Joey Chestnut is the current recipient of the Major League Eating’s Mustard Yellow Belt. And he is proud of this feat. One can only wonder how his cholesterol levels let him live. But with America making a competition out of everything, including eating, this variety cultural social phenomenon.

Joey Chestnut after the Hot Dogs

How popular are food eating contests in USA?

In the United States, food eating contests are on a downward turn. Despite the fact that governing bodies own broadcast rights. And that networks like ESPN feature this kind of content on their grill, food eating contest have some traction. At their height, back in 2014 when Nathan’s Hot Dog Eating Contest had a massive following, the event gathered 2.8 million views. But in post Coronavirus world, where social restrictions and other kinds of problems arise, the event of 2020 had fewer than a million views.

With a downward trend in their popularity, food contests are going south. Mainly because of the fact that Americans are more aware about their health habits. But the vast majority of Americans eat now more grain and proteins than in 1970, according to a study by Pew Research. Still, dudes like Joey Chestnut are popular because they can eat away a massive amount of hot dogs that would send a normal person to a hospital. And Joey made it to the news again because he managed to break yet another record, and stacking some dollar bills in the process, so good for Joey!