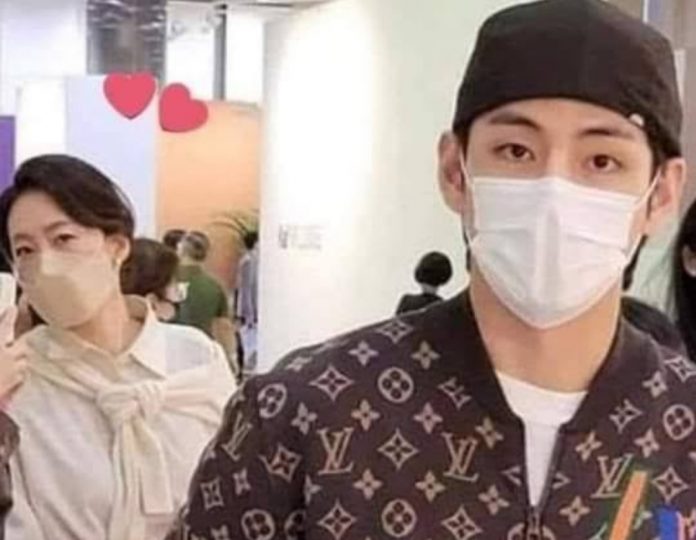 Joanna Chun dating rumors have taken over the internet after she was spotted with the BTS’s Kim Taehyung, widely recognized as V. Towards the dusk of 2021, V and the daughter of Paradise Group president was caught in the cameras. In no time, the news took over the internet and fans speculated that Joanna Chun is dating V. BTS, the victors of billions of hearts whose fans proudly called themselves as BTS army.

The band has emerged as one of the most famous bands in the world in the last decade. They have a tremendous fan base all around the world and are ruling the music industry with their exceptional dance moves and amazing songs. BTS’s members are very popular and if we say they are the crush of every single girl in the world, I think we are not wrong with it.

Their fans are crazy for them and never miss a chance to gush about their favorite star. Fans are always interested in knowing about their love life. They are often caught with some or other celebrities and thus giving rise to dating rumors. However, not all the rumors are true. When V was spotted with Joanna, this again became the talk of the industry and everyone is speculating that Joanna Chun is dating Taehyung.

Also Read: Tom Hiddleston Net Worth: How Much Does The Charming Loki Star Earn?

Is she dating BTS’s V?

Certainly, we all want to know who the BTS’s star singer V is dating now in 2022. V and Joanna were caught together attending a VVIP preview event of the Korean International Art Fair, last year and this led to fans wondering if they are together. Within seconds the news starts buzzing on the internet with one Twitter user writing, “V is in love with the daughter of the president of The Paradise Hotel. He was seen with her at the museum today with the wife of The President of Paradise hotel – the brown leather jacket next to the president’s wife and her daughter who is 27 years old this year.”

When the Eagled-eyed fans spotted the small bracelet in V’s hand the rumors intensified. Adding fire to the flame, one of their fans tweeted that the bracelet is actually of the Paradise group. Moreover, it was the same bracelet that Joanna has launched. However, HYBE released an official statement shutting down the rumor clearly stating V is not dating Joanna. V and Paradise group is acquittance and the dating rumors are false. He is not dating Paradise’s president’s daughter. They are just good friends. Thus, Joanna is not dating V. Well, if she is not dating V, then who is she dating now? Next, in the article, we will talk about Who Is Joanna Chun dating now in 2022?

The owner of a bracelet company Joanna Chun, who is 27 now, is not dating anyone. Seemingly, she is single and is very much focused on her career. The daughter of Paradise Group’s president Jeon Philip and Choi Yoon Jung is a very private person. She is active on social media and had around 4000 followers on Instagram, however, she keeps her account private.

Joanna loves to keep her private life under wraps and is hardly talked about it in public. The last time she spotted with V but the dating rumors were false. As of now 2022, her relationship status is quite blurry and it’s hard to find out about her dating life. Maybe the lady is seeing someone in private and managing it to keep it away from the limelight. As for now, we can’t say anything about her love life. However, if we come across any dating updates of Joanna Chun, we promise to update you about the same. So, stay tuned to our website.