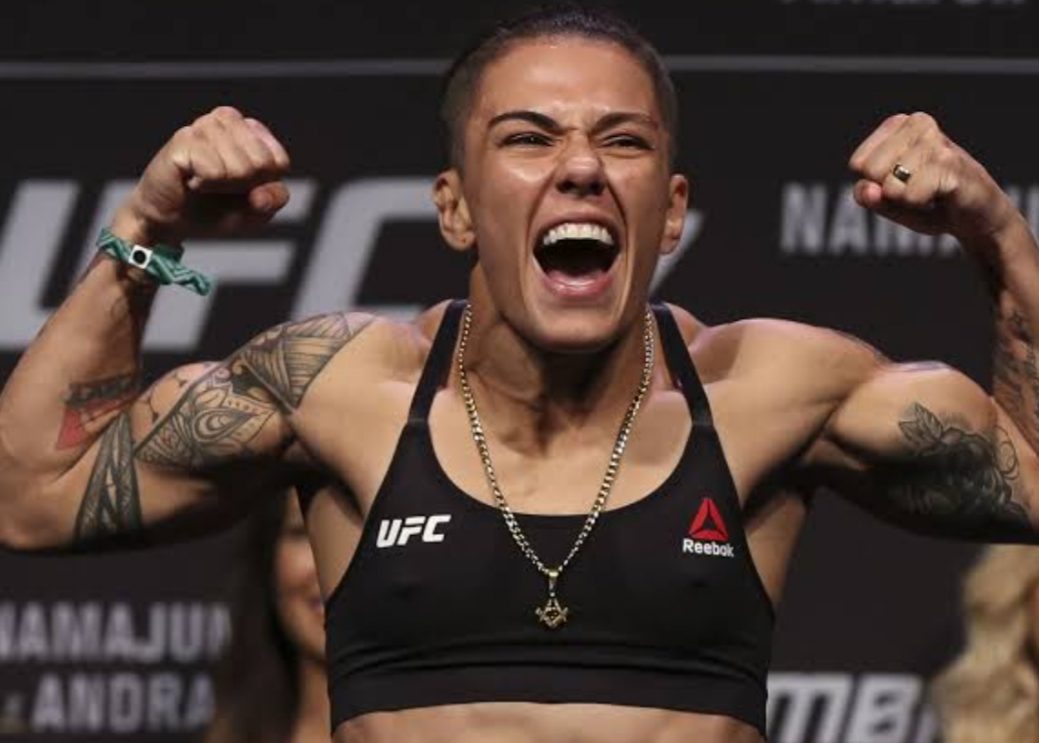 Today, we will discuss Who is Jessica Andrade’s Partner? What do we know about the mixed martial artist’s romantic love interest and professional winnings? Starting from the basics, Jessica Fernanda da Costa Andrade is currently competing in the UFC. More precisely, she plays for the flyweight division. Little did you know, she earlier used to play for the Women’s Strawweight. Since 2013, she has been playing for the Parana Vale Tudo team. Talking more about it, Jessica holds a black belt in Brazilian Jiu-Jitsu under Gilliard Parana. To date, she has played a total of 32 matches, winning 23 of them in all.

Knowing her versatility in this particular sport, fans are now interested to learn things about Jessica’s partner. Well, this MMA isn’t just dating but is already hitched to the love of her life. It’s been more than a couple of years of their togetherness, and are very vocal about their beautiful romance. For more details about Jessica Andrade’s Partner, I would highly recommend you to read this article to the very end.

Also read: Who is Mary Portas’ Partner? All About Her Famous Marriage

When it comes to her personal life, Jessica Andrade has tied the knot with her long time partner, Fernanda Gomes, back in 2019. In case you aren’t aware of her, she is a biologist. When compared to her, Fernanda shares a low profile. Thus, nothing much about her is known or made to the public. Their wedding ceremony took place in Las Vegas. 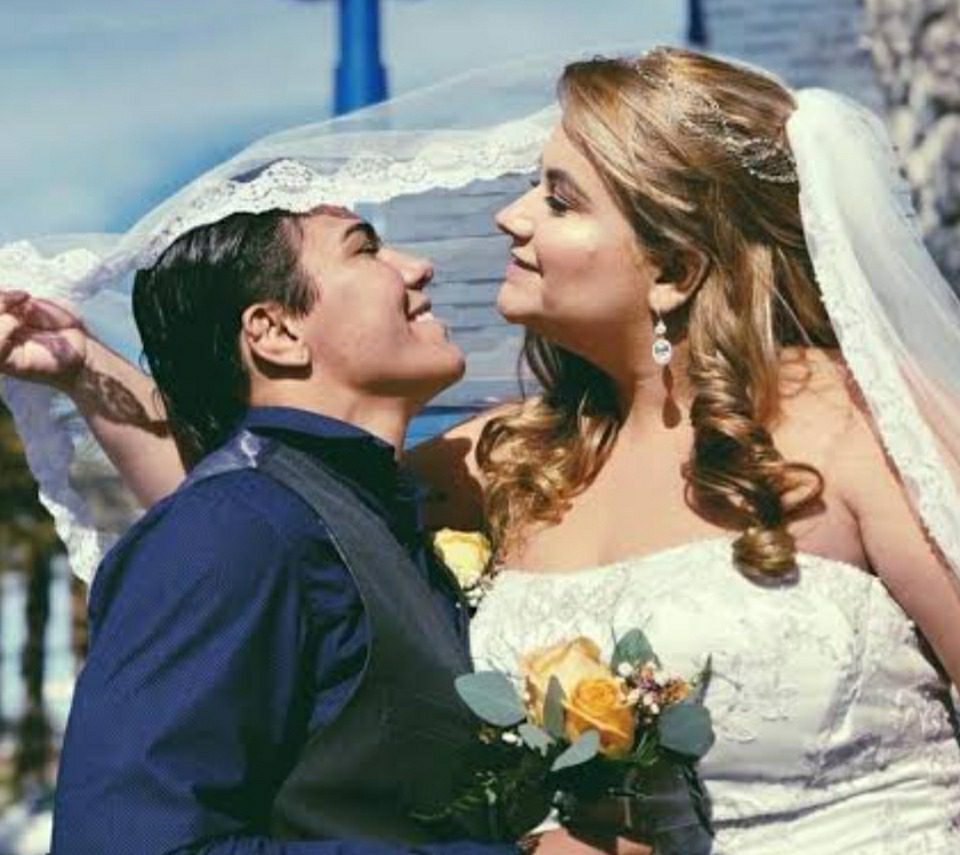 However, they faced a nasty incident in the same year, being robbed. In a town in Brazil itself,  they were kept at gunpoint and lost their car and money. It was terrific! A couple of years before her marriage, Jessica proposed to her girlfriend in the ring itself, making it a bit unique. The MMA has always been vocal about her sexual orientation and is proud of what and how she is in reality. It’s very important to accept yourself in the way you are, no matter what society would think. Jessica and Fernanda serve as a live example of this. In an interview, she shared their interest in growing their family. But, they don’t share any kids as of now. They do make an adorable pair! Coming across their lovely pictures, they seem to be inseparable. The love birds appear to be very supportive, understanding, caring and loving of one another.  Hoping their romance lasts forever!

Born on 25 September 1991, Jessica Andrade is 30 years old. She was born in Umuarama, State of Parana, Brazil. As far as her height and weight are concerned, Jessica is 1.57 metres tall and weighs 57 Kg respectively. She is often known as Bate Estaca. You may follow Jessica on Instagram, having 424K followers at present, where she posts and keeps her fans updated about her notable winnings. Also, she is active on Twitter having more than 40.8K followers. 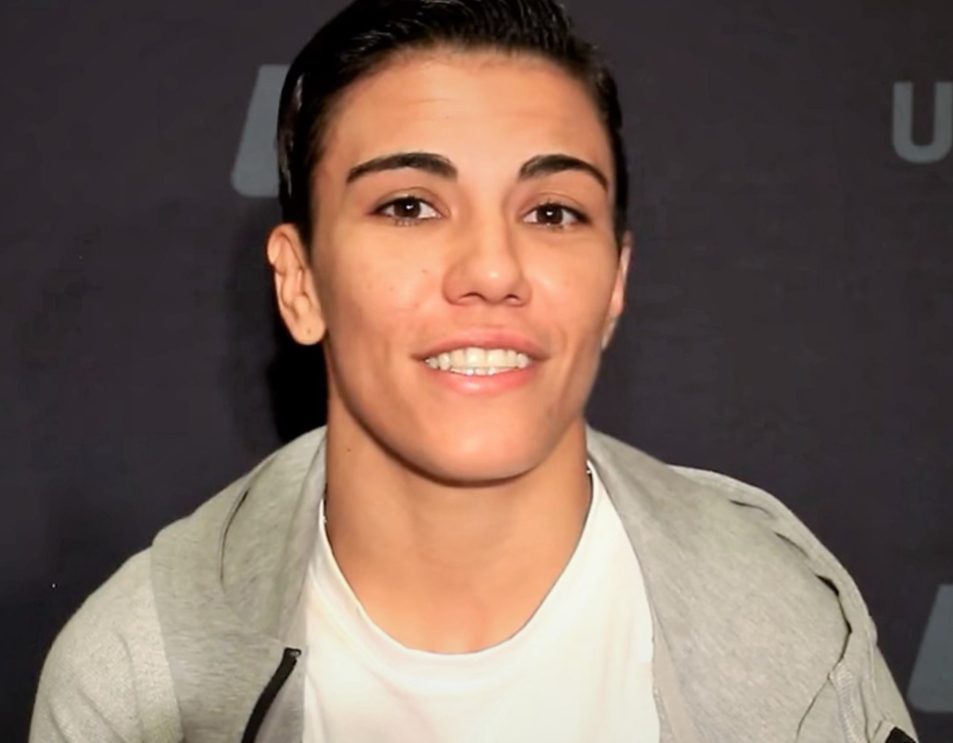 Talking about her career,  Jessica has played Bantamweight from 2011 to 2015. Thereafter, she changed it and played Strawweight division for four years. Since 2020, she has been playing in the Flyweight division. To date, she has played against various other mixed martial artists like Cynthia Calvillo, Rose Namjunas, Angela Hill, Joanne Calderwood, Raquel Pennigton, Jennifer Mala, and Juliana Silva, Bruna Fernandez, and many more. In July 2020, for her fight against Rose, she made it to the Fight of the Month. At the UFC, Jessica made the first standing arm-triangle choke finish in history. In brief, Jessica Andrade is pretty successful in her career and is still working hard to improve her skills. She serves as an inspiration to a lot of women who aspire to pursue mixed martial arts as their profession in the future days.

Jessica’s immense practice and hard work are evident through each of her performances, making prominence. Best Wishes to Jessica Fernandez for the upcoming matches, hoping she wins in all of them in which she takes part in.

Also read: Who Is Betty Boothroyd’s Partner? Personal Life of the Political Figure