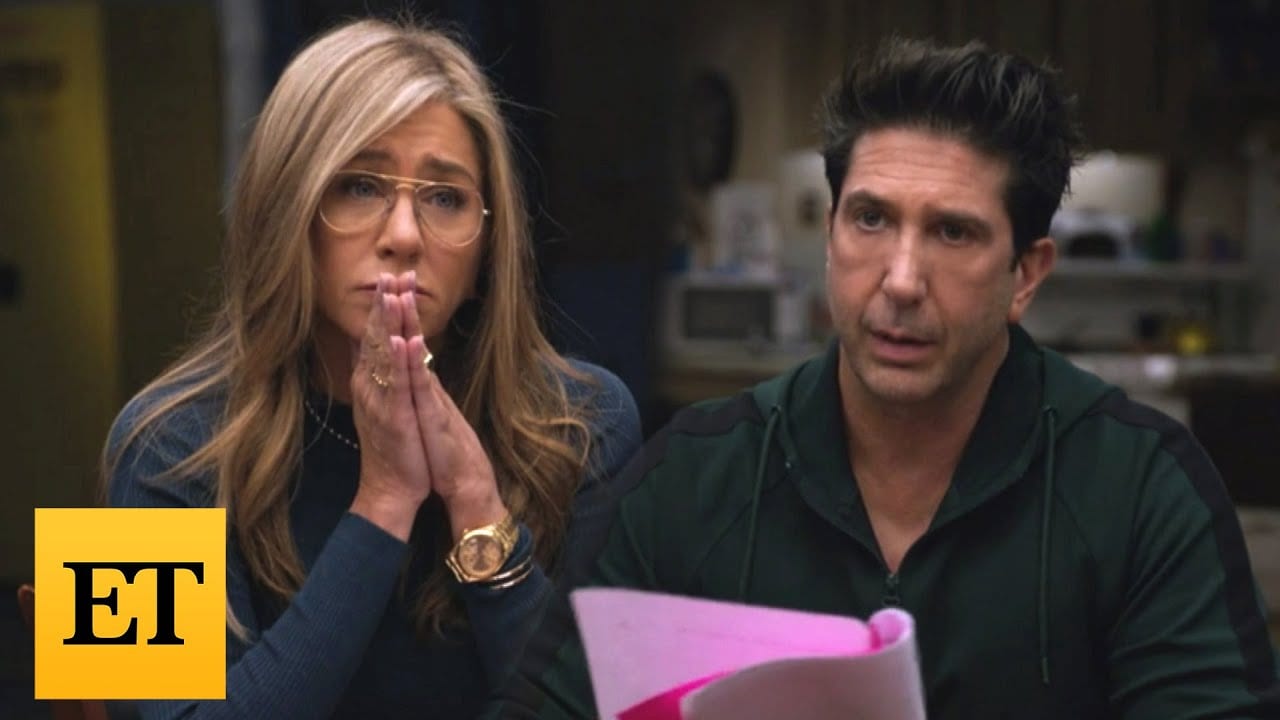 After having a rocky road in her relationship journey, it seems like Jennifer Aniston had finally settled for “The One.” However, recently in the Friends Reunion episode, David, aka Ross and Jeniffer, confessed that they used to have a crush on each other. They said they shared some sweet, adorable moments, but they never crossed the line. They said they just cuddled on the couch and fell asleep together, nothing else. Fans went crazy about this news on being asked why they never considered dating each other. To which David replied they didn’t want to ruin things, and it would have been better for the show as well as those individuals if they would have stayed friends. David and Jennifer claim that their feelings were in the past, and after that, they both moved on in their lives. However, in the episode, Jennifer’s ex-husband Brad Pitt’s name was taken. 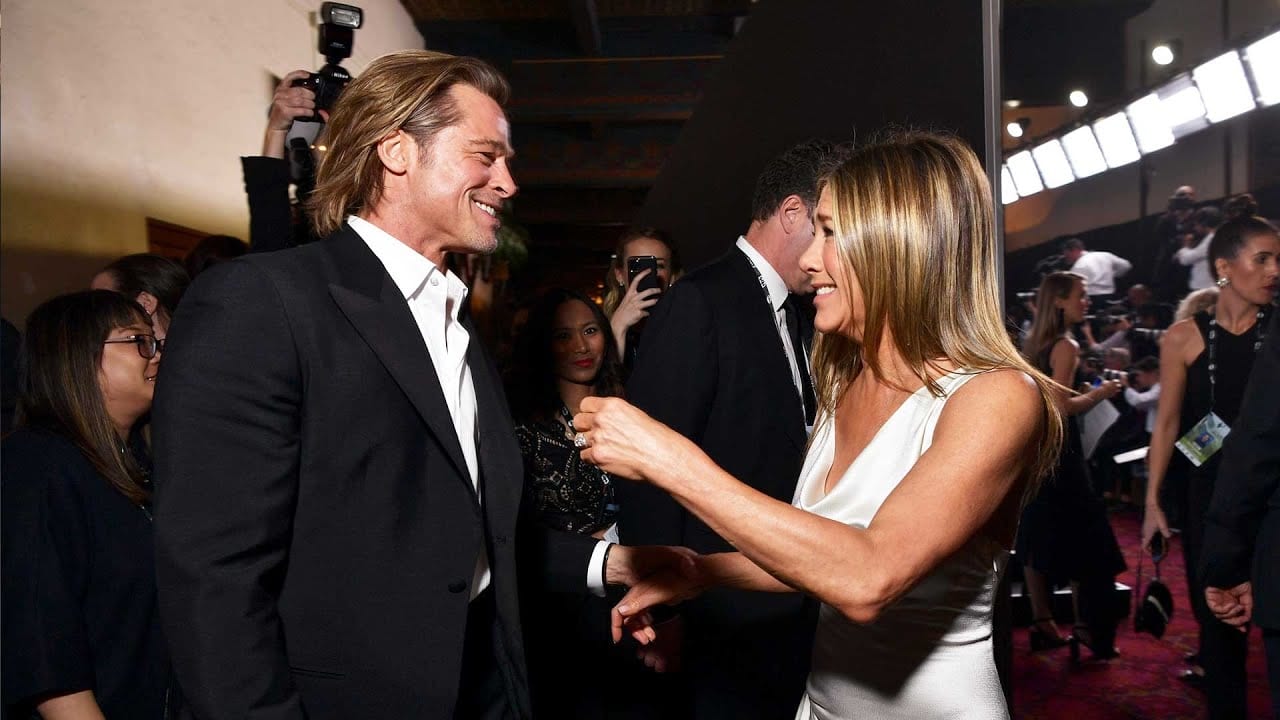 Brad Pitt appeared in an episode as Ross college’s best friend. And David addressed Brad as “Fella.” By saying does, she remembers the episode where her fella appeared. The tone of the statement sounded very rude. Can we call this jealousy or just two friends mocking each other? Do David and Jennifer still have feelings for each other? Only time can tell us.

The famous never-dying couple Brad Pitt and Jennifer Aniston officially met in 1994. But they were very good friends before dating each other. They started dating in 1998. After dating for one year, Jennifer moved in with Brad, and in 2001, a “Brad Pitt” proposal was laid to which Jennifer couldn’t say no. She walked down the aisle and dreamt of her happily ever after. But our hero Brad didn’t seem like a pleaser to Jennifer. After five years of their marriage, the couple decided to take a divorce and end their marriage.

It is said that Brad was not humble with Jennifer, and he used to insult her in front of people. Jennifer made a statement about her marriage that Brad is not comfortable sharing his spotlight. And that is not a productive trait in a marriage. After her divorce, Jennifer appeared in an interview and said, do not let anyone become the center of your universe. Because you will do it out of care, but they will see it as an invasion of personal space. 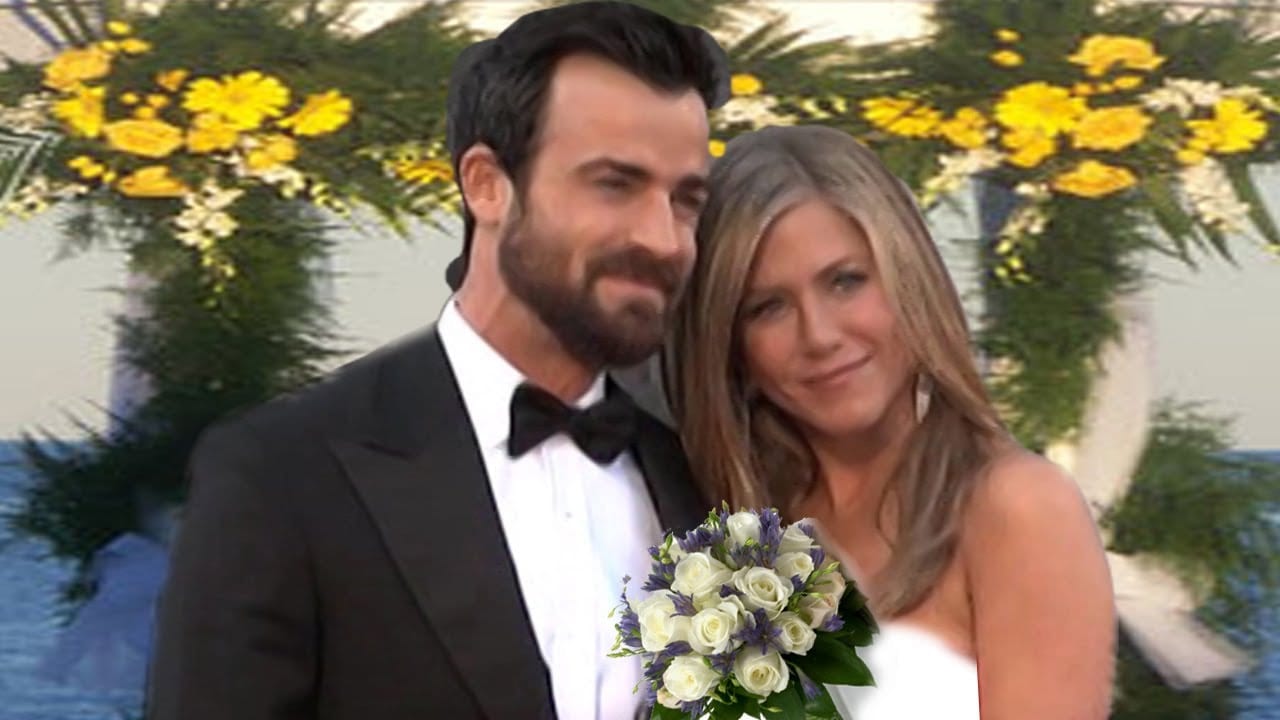 The interview clearly said that she was talking about Brad. However, it seems like now things are better between the two of them as they appeared in an interview through a zoom call. They were making fun of each other and having a good time like friends. It is said that Jennifer has never been over Brad. He was her first love, and we all know the deal with first love. You can’t get over it no matter how toxic it gets or how hard you try to forget them. After her divorce, Jennifer found a rebound. In 2005 Jeniffer dated Vince Vaughn. We can officially call it a rebound, and they were just having fun and didn’t share an emotional connection.

Jennifer Thought Of An Happily Ever After With Justin Theroux, But It Was A Dead End Again

After one failed marriage with Brad Pitt and an enormous relationship, Jenniffer turned to Justin Theroux to mend her broken heart. Jennifer And Justin were engaged for three years before getting married. They thought taking it slow might help their union, but unfortunately, it didn’t. In 2018 the couple issued a joint statement that said they were two best friends married to each other. And now they have decided to part their ways as couples but will keep embracing the healthy friendship they share. And this is how Jennifer’s second marriage failed.  Jennifer keeps her personal life very private. But she never hides the person she is dating. It’s her way of showing love by claiming her lover proudly.

Who Is Jennifer Aniston Dating Now?

After the Friends Reunion episode, everything changed as Jennifer and David confessed their feelings for each other. And rumors say that Jennifer is dating a mysterious man. Recently they celebrated her 58th birthday together. But she is not open about it. David is single as he divorced his wife in 2017. Reports say Jennifer is also single. It is possible that Jennifer Aniston could be dating  David Schwimmer. David can be her mystery man. However, Jennifer has not confirmed any rumors, so according to Jennifer, she is not dating anyone at the moment.