Here, we shall discuss who Jason Kidd is married to. What do we know about the basketball coach’s love life and noteworthy career details? Starting from the basics, Jason Frederick Kidd earlier used to play the same sport for various teams such as Dallas Mavericks, New Jersey Nets, New York Knicks, and many more. As a player, he has won several accolades and titles, such as NBA All-Star, All-NBA Second Team, Consensus first-team All-American, NBA assists leader, etc. While representing his country in Olympic Games, he made it t the gold medal-winning in 2008, held in Beijing. After retiring as a player, he joined Brooklyn Nets as a coach. Since last year, Jason has been serving as the head coach of the Dallas Mavericks.

Knowing his prominence in the basketball field, both as a player and a coach, fans are interested to learn things about his personal life. Well, Jason Kidd has married twice. The major reason why his first marriage didn’t work out is because of his domestic violence and abusive nature. He has had anger management issues. These were all cited by his ex-wife. However, the coach appears to be very happy with his present wife, and it’s been several years since they have been together. Aren’t you curious to know his lady love? Dive into this article to know who Jason Kidd is married to.

Also Read: Who Is Jenny Mollen Married To?

Who Is Jason Kidd Married To?

Jason Kidd is married to the love of his life, Porschla Coleman. For all the rare ones who aren’t aware of her, Porschla is an ex-model. Besides this, she also starred in the television shows like Star Search, Khloe & Lamar, and The Morning Blend. But, she quit her modeling career to work at her husband, Jason’s non-profit organization, which is aimed at providing education. To be more precise, Porschla works as the executive director of the ‘Jason Kidd Foundation.’ Not to forget to mention her as the designer of her clothing brand, Chance. It has been named after her son.

Talking more about them as a couple, Jason and Porschla started dating each other back in 2008. After seeing each other for a couple of years, they got hitched on 10 September 2011. The hype was typical, and it was proved that they wanted to keep their marriage secret at that time. Their romance progressed quickly after welcoming their first child on 24 January 2010. Eventually, in the following month of their marriage, Jason and Porschla welcomed their second child, a daughter whom they named Noah Grace Kidd. Later on 19 November 2017, the couple was blessed with their third child, Ann Cooper Kidd.

When asked about his wife, Jason confessed that Porschla has always been his best friend, guide, and everything. Her involvement in his foundation has helped him to focus more on his basketball career. It seems like this basketball coach is pretty much happy and proud to have Porschla as his better half. They have been together for over a decade and it is believed that their relationship is growing stronger with time.

Also Read: Who is Melissa Gilbert Married To Now? Her Relationship Status in 2022

Besides knowing who Jason Kidd is married to and their lovely romantic relationship, fans are curious to learn more about his career. Because of his versatile playing skills, Jason was inducted into the Basketball Hall of Fame. While playing at the FIBA Americas Championship thrice, he made it to the gold medals, every time, more precisely in 1999, 2003, and 2007 respectively.

He played for Dallas Mavericks from 2008 to 2012. And at present, he serves as the head coach of the same team. Such is destiny! But, Jason’s immense dedication and hard work can’t be denied. Before this, he also worked as the assistant coach for the Los Angeles Lakers team. In 2020, he made it to the NBA Champion as the assistant coach.

Best Wishes to Jason Kidd for the upcoming days of his career. Hoping Jason’s marriage with Porschla stays eternal. 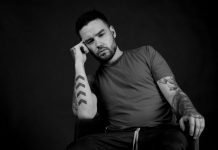