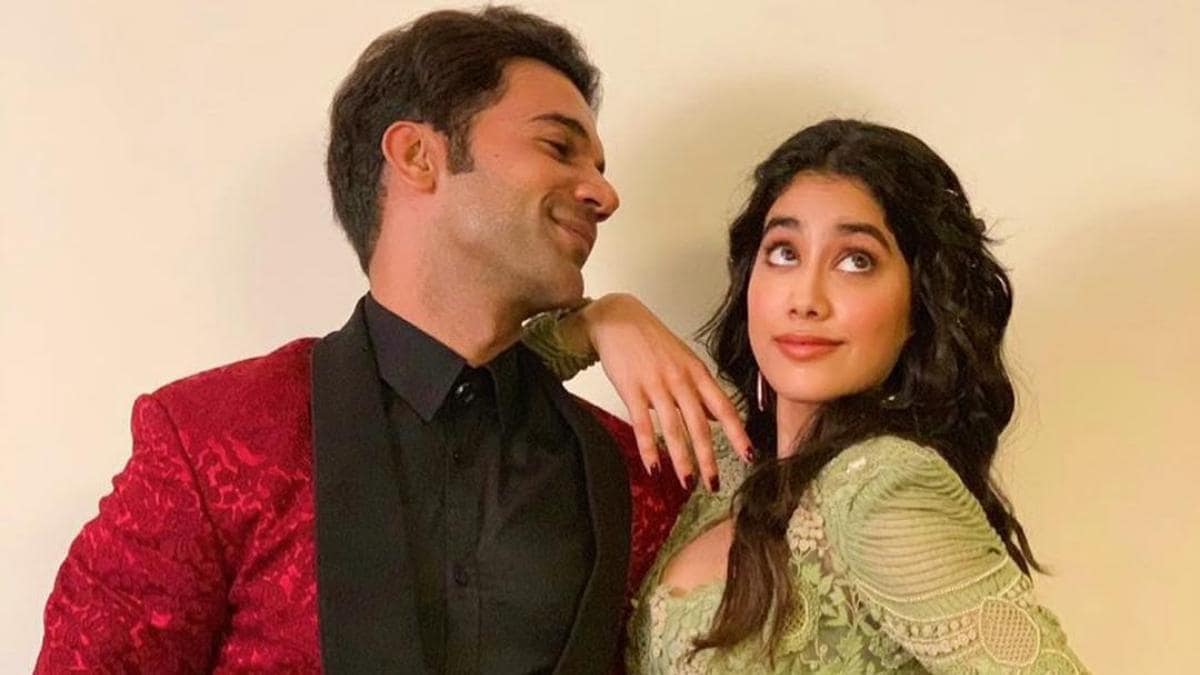 Who is Janhvi Kapoor’s Boyfriend? Young actress Janhvi Kapoor is the newest addition of young talents in the Bollywood industry. The celeb kid has impressed viewers with meticulous acting in her debut movie Dhadak. The movie gained popularity and collected positive box office success as well. Janhvi Kapoor is making her mother, and late actress Sridevi proud as the young actress is shining with each new project. The stunner recently grabbed eyeballs as she does end a few bridal dresses for an exclusive new Photoshoot. The pictures are setting some major goals!

The actress recently starred along with Rajkummar Rao in the comedy-drama flick Roohi. The movie, however, received a lukewarm response from fans. Janhvi Kapoor bagged the leading role of Gunjan Saxena in the biopic based on her life titled Gunjan Saxena: The Kargil War. The movie was released on the streaming platform Netflix due to restrictions for theatrical release. The actress has been tapped down for Dostana 2 and will be starring alongside Kartik Aryan. Let us take a look at all the details about Who is Janhvi Kapoor Dating?

Who is Janhvi Kapoor’s Boyfriend?

Janhvi Kapoor has sparked romantic rumors that she is with Akshat Ranjan, who is her rumored boyfriend. While celebrating his birthday, Janhvi took to social media while uploading a few pictures on her stores while saying that he is the world’s best human. Akshat Ranjan is the son of a business giant, Abhijit Rajan, who is the Chairman and Managing Director of Gammon India Limited. The Roohi actress had earlier shared that Akshat is a childhood best friend, while she further added that he was scared to hang out with her because of the paparazzi! 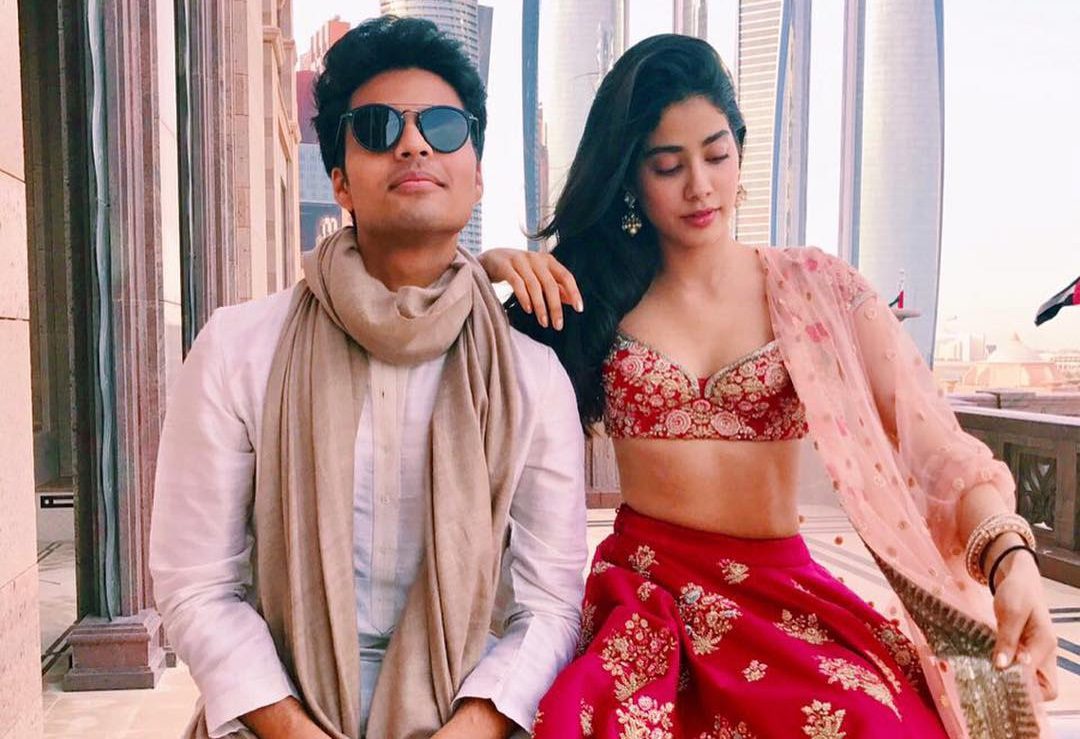 Janhvi Kapoor recently grabbed eyeballs while donning a metallic lehenga for a magazine shoot. The beautifully embroidered leaf lehenga in raffia and polymer is perfectly paired with an ombre embellished blouse, and the layered drape has been designed by celebrity designer Amit Aggarwal.

Also Read:  Who Is Mahira Sharma’s Boyfriend In 2021: Is She Dating Rumoured Beau Paras Chhabra?

It seems like the actress has some interesting dating tips up her sleeves, and she recently shared a few while joining Kareena Kapoor Khan on her chat show What Women Want. The Roohi actress admits that while she is shy, she is all in for having fun banter and batting a few eyelashes! Believe it or not but the actress revealed that the last time she went on a date was when she was studying in LA. The star admitted that she has not been on a date for a while now amidst growing romance rumors with Dostana 2 co-star Kartik Aaryan. Take a look at her social media post as the actress stuns in it.

Janhvi says that she had never made the first move as she is very shy but drops a few hints along the way of the other person if interested.  The young star is having a busy year ahead as she is currently shooting for her upcoming film, Good Luck Jerry, in Punjab.

It seems like media tabloids are speculating that romance is brewing between Janhvi Kapoor and her Dostana 2 Co-Star Kartik Aaryan. While both the parties have not confirmed these alleged relationship rumors as of yet, the two were spotted on vacation in Goa while fuelling these rumors further. Popular filmmaker and producer Karan Johar is backing the project. He further stated that his lips are sealed for now and will be making an announcement soon but refused to disclose much about the sequel movie of the original hit movie. 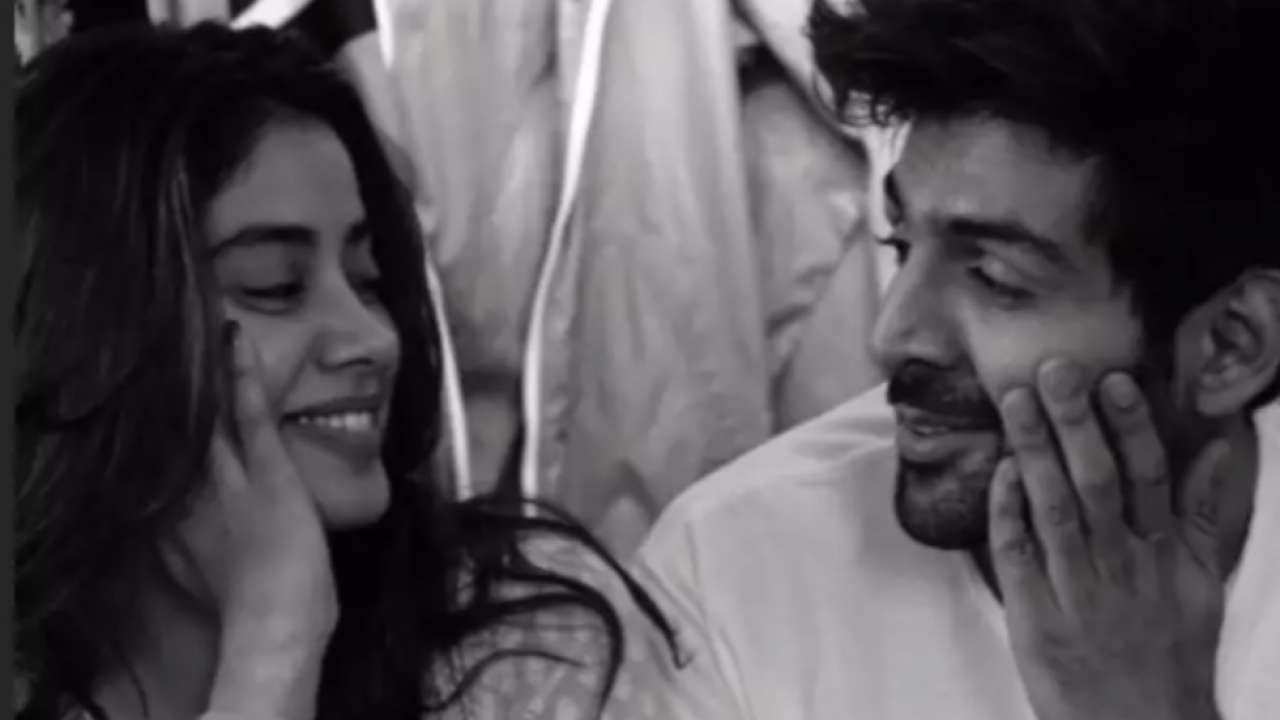 These rumors are increasing as media tabloids have recently spotted Janhvi exit her alleged beau Kartik’s building. The two stars who will soon star in Dostana 2 have often been spotted together, including dance rehearsals or coming out of a gym on various occasions. The actress was earlier linked with her Dhadak co-star, Ishaan Khatter. However, they are nothing more than friends, and these rumors soon fizzled out. It seems like nothing was going on between the two.