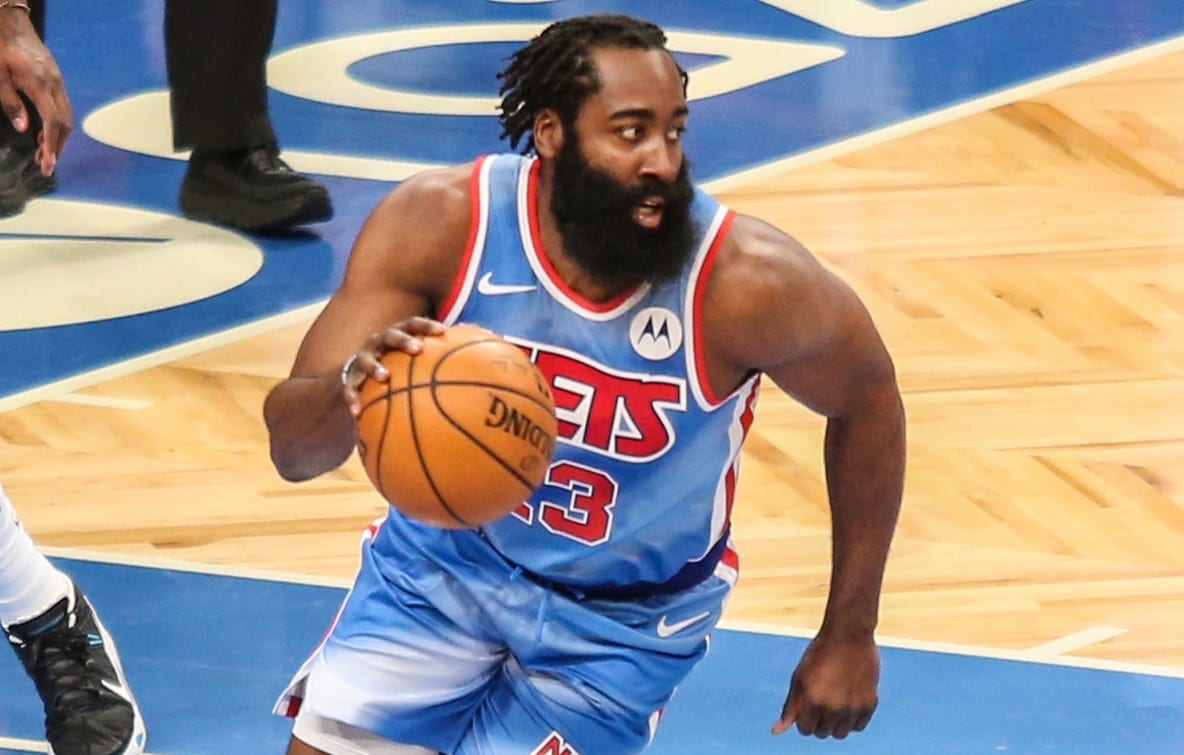 James Harden during one of the match

When it comes to Basketball, every fanatic has heard of the American Basketball Player James Harden. Born on August 26, 1989, Harden is known to be one of the prolific and enthusiastic players in the Basketball league. He is also a Gold Medalist in the 2012 London Olympics and also the gold medalist in 2014, Basketball World Cup. Known as the Best shooting guard in the NBA, James had quite a history in his basketball career. He attended the Artesia High School in Lakewood, California, and then later moved on to join the National Basketball Association, NBA. He is known to be the highest left-hand scorer in NBA history.

Harden is the youngest of the three children in their family. By Birth, he is Christian and a firm believer of the lord. As it can be seen and noticed clearly, Harden’s beard quite adds up to his charm. In 2009, when he was too lazy to shave it up, he decided to make it up for his trademark, and since then, everyone recognizes him just by his beard. More than his family and career history, Harden’s dating history is also quite a bit interesting.

When we mentioned James Beard, it’s quite normal for every girl to be attracted to this NBA player. Harden has quite a history of his relationships. And it’s interesting to notice that James is quite active in every stage of his life. And, not to mention, his beard is a plus added to his basketball career. According to reports, James had dated almost ten girls, and it will be quite exciting to know about some of them.
Ashanti 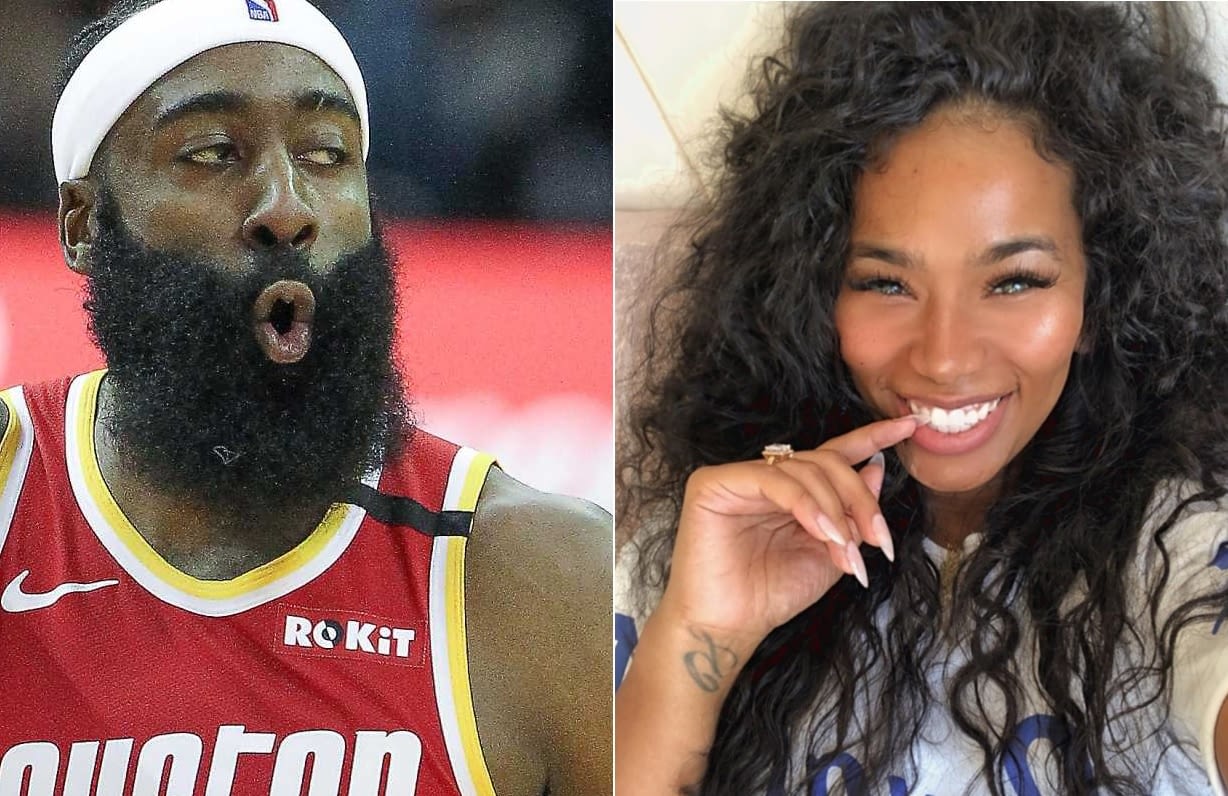 James Harden in a relationship with Gail Golden

The Libra Singer, Ashanti Shequoiya Douglas, is reported to have dated James Harden during 2016-18. Although at first, it was a speculation, later everyone became sure of their relationship when James took Ashanti to dinner to get Ashanti acquainted with his family. There were no precise dates of their relationship as the couple wanted to keep the bond low-key. Also, there were no pictures of the duo anywhere.

When it comes to the Kardashian family, everyone knows about Kim Kardashian, but the Kardashian that James was reported to date was Khloe Kardashian. It was in 2016 when they broke up before staying together for eight months. James met Khloe during the birthday night of Kanye West. Khloe stated that James was unfaithful in their relationship, which led to the end of their bond but the latter states otherwise that James was quite apprehensive about the spotlight he was getting because of Khloe.

The American rapper Trina was also reported to be in a relationship with the beardman James Harden, but both of them denied the same and said that they were just friends and nothing more than that. Trina also states that James was just into ‘fun girls’.

The IG Model, as described by her looks, Ola Nabber was reported to have dated James Harden during the spring of 2019. Reportedly, there is a least about their relationship. It was through a report of Sports Gossips which mentioned James Harden sending flowers for Ola Nabber on Valentine’s Day. In the future, there might be more of these two.

Amber Rose, who is known for modeling, Video Vixen, etc., has also been reported to have dated James Harden. But, she alleged that it was more of a special friendship than a relationship, and the other party also quite resorted to the same. Later, they moved on from each other, but it was quite an entertaining ‘special friendship’ for the fans.

Who Is James Harden Currently Dating?

James Harden‘s current dating life has lots of rumours. After Ola Nabber, the 2020 rumours have quite created new hopes for the basketball fans. The Instagram Influencer Gail Golden is no joke when it comes to her career life. She is a cybersecurity consultant by job and has been reported to have dated James Harden in 2019. The duo is yet to confirm their relationship as they don’t follow each other on social media, but Gail had attended quite a couple of James’s games. Some reports even mention the Instagram Celebrity, Jessyka Janshel dating James Harden. It was in 2017 when both of them were seen together.

Is James Harden in a relationship with Jessyka Janshel?

American Model Jessyka Janshel is currently speculated to be the current girlfriend for NBA player, James Harden, as per reports. Born on 5th July 1991 Jessyka currently has a fan following of almost 600K on Instagram. Jessyka was first seen with James in around 2017 after James took a break from Khloe Kardashian. She currently sponsors various hair salons and makeup which can be noticed from her Instagram Feed. She doesn’t represent many such brands. However, in the coming years, her fan following might grow more strong and promising. The couple has not much in store about them, but fans are awaiting the news about them coming out publicly.