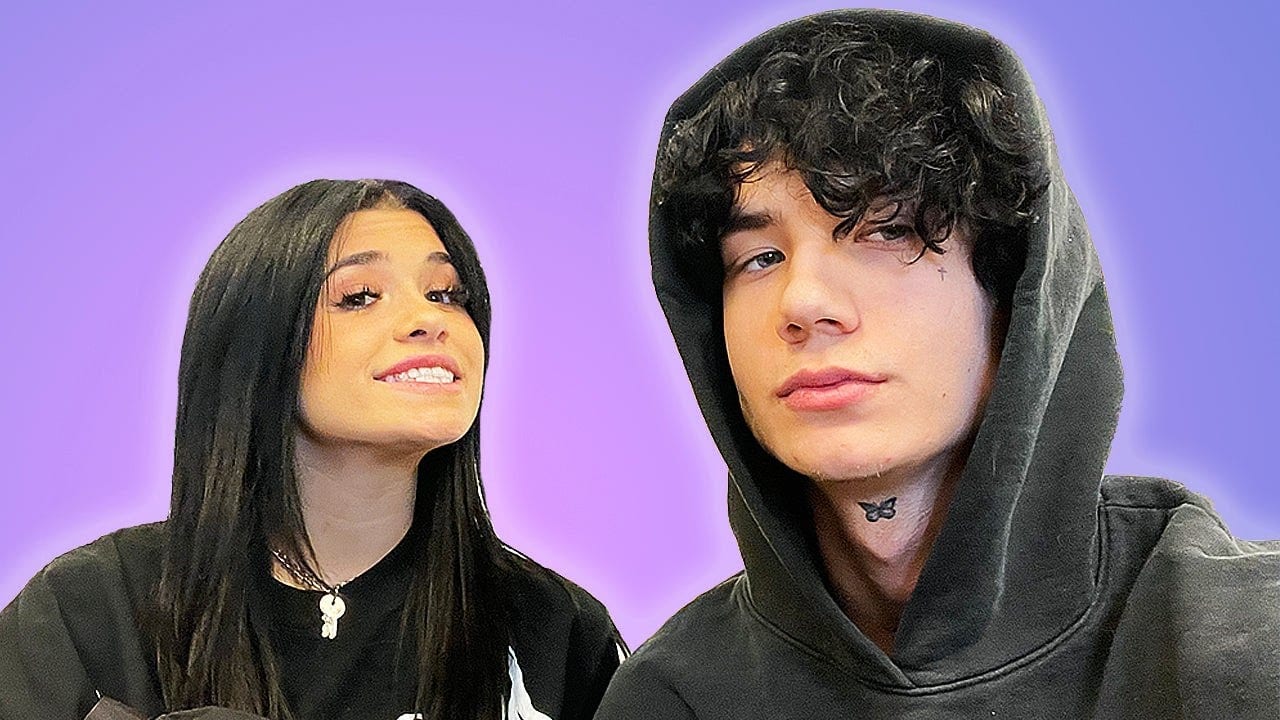 If you keep up with the whole TikTok community and drama, and it interests you, then this article is for you. Each day turns controversial for the US-based Tiktokers. Whether it is about, Bryce Hall and Jaden Hossler being arrested for having illegal stuff at a party, or being canceled for not following social distancing guidelines or just any new kinds of beef or breakups. It is an everyday thing for them. Now that you are here, I assume you must already be aware of the new Jaden Nessa drama? If yes, then stayed tuned for new information. And, if in case you’re still aloof from the news. You are at the perfect place, this is where all the details are spilled.

To clear out, SwayBoys was a group of TikToker guys based in LA. These shared a house. Bryce hall, Jaden Hossler, Josh Richards, Kio, Griffin, Luv Anthony were the initial members of the popular group. They were great friends and also were a part of each other’s content on Youtube and Tiktok. Gradually, the SwayBoys expanded and included Blake and Noah Beck as the new members. However, none of them now live together. They officially stated a while ago that Sway was over. Coming back to the original group members, today Jaden and Josh, who were best friends at one time are now not close anymore. Wonder, what led to the end of their friendship? You will exactly get the reason later in this article.

Why Did Jaden Hossler and Mads Lewis Break Up?

It has been quite a while now since Jaden and Mads broke up. Though the break up was not confirmed online. Their social media platforms were decent evidence for the fans. They were not seen together anymore or did not share any Tiktok or youtube content. Fans were quite upset for the same reason and curious to know the cause that led to the separation. Mads and Jaden were in a serious relationship since 2019. 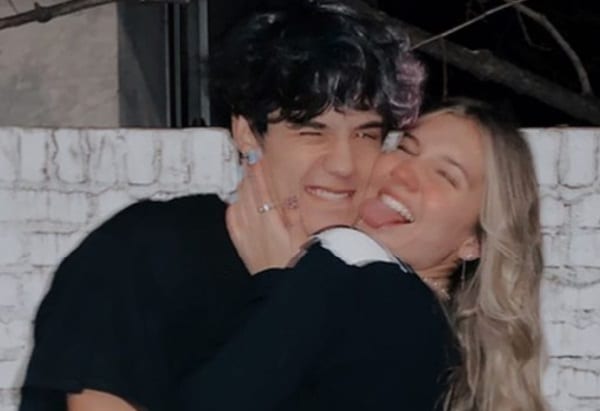 Jaden has been exposed to clinical depression and suicidal tendencies and Mads has been in support of him throughout his bad days. With Amy, Jaden’s mother posting her pictures and Tiktoks with her. She was like a family member to Jaden’s family. Unfortunately, the two have parted ways and the things between them did not end on a very happy note.

Who Is Jaden Hossler’s Girlfriend in 2021?

Jaden Hossler, better known by Jxdn, this famous Tiktoker and professional music artist is loved for his singles. Angles and Demons, Driver’s License, Pray, Better Off Dead are a few of his hits. Now, coming to his personal life, as already mentioned, Jaden is not with his long-term girlfriend, Mads Lewis anymore. Jaden’s dating scenario currently reflects a very complicated status. He claims to be single but is also linked with Nessa Barret at the same time. Yes, Josh Richard’s Ex and best friend, Nessa. Jaden and Nessa are rumored to be together. How strange is that? He is basically with his best friend’s ex.

They were seen together a few days ago on a dinner date where both of them claimed that they were enjoying themselves together and were the happiest they have ever been. The very latest update is that they both got matching tattoos. Yes, they got number ‘3’ inked on their bodies. What other hints do we require? So, that confirms the relationship but at the same time, there was no direct answers or revelations. This entire scene has caused a lot of drama and has resulted in betrayal and broken friendships.

How Did Things Between Jaden and Nessa Start?

Jaden and Nessa both being professional musical artists shared a successful career in music so far. They both decided on collaborating on a music video, titled, La Di Die, together and worked on it for days. Well, nobody could suspect how the collaboration would eventually lead to such a drama and them getting together. Knowing that, Nessa too suffers from depression and suicidal thoughts is one similarity between the two. The audience missed the mid-way where it all began. We were directly made in contact with a video that Mads posted on her TikTok and deleted it later. The Tiktok contained how Mads and Jaden were happy together and Nessa took him away from her. This turned to be the start of the controversy as a whole. 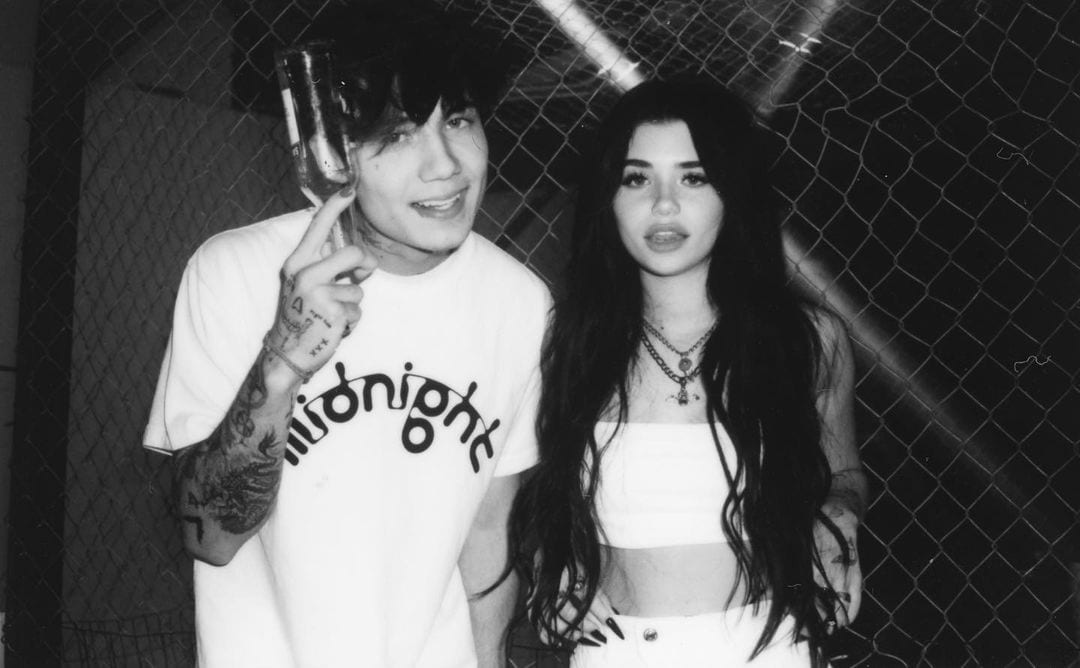 Jaden Hossler and Nessa Barrett Together

Mads was clearly upset about losing Jaden and blamed it all on Nessa, who was her best friend at one time. She was claimed to have handled the situation in an immature manner. Josh Richards too called her out for the same. Mads in a recent podcast spilled new secrets out on the situation. She told that, while Jaden and Mads were dating, Jaden’s manager’s, Shan’s messages were quite surprising to her. Shan mentioned in audio sent to Jaden that, Nessa too had the same feeling for him. He must break up with Mads before pursuing anything further with Nessa.

How Did Josh Richards and Others React To The Situation?

The situation was hard to digest for everyone. The most affected Josh Richards, who was mutual and closest to both, surprisingly handled the situation very maturely. He, in a podcast mentioned, he already somewhere had an idea that Jaden liked Nessa. Now, he requested everyone including his friends and fans to move on. He wanted to handle the situation offline. Josh believed none of the two, Jaden or Nessa did it purposely to hurt Josh. Everybody was quite surprised at how well Josh managed the situation. He is still following Jaden contrary to what Jaden told people. Jaden said Josh had blocked him everywhere which is not true.

Josh’s fans and fellow mates though took the situation in hand and out of rage went online to call out Jaden and Nessa both. Jaden’s mother, Amy took his side by reply to a Tiktok explaining him as non-guilty. The entire situation went out of hand and was difficult for many mostly for Josh and Mads to understand and handle. Josh wished Nessa and Jaden good luck for their future. He on being questioned, whether he will remain friends with Jaden said, “It’s hard to answer.”

What do you all think of this big drama? Were Jaden and Nessa correct in what they did or betrayed their loved ones? Do let us know in the comment section. If the relation is confirmed, which has a huge scope, Otakukart will be the first to make you reach the news. Stay Connected!