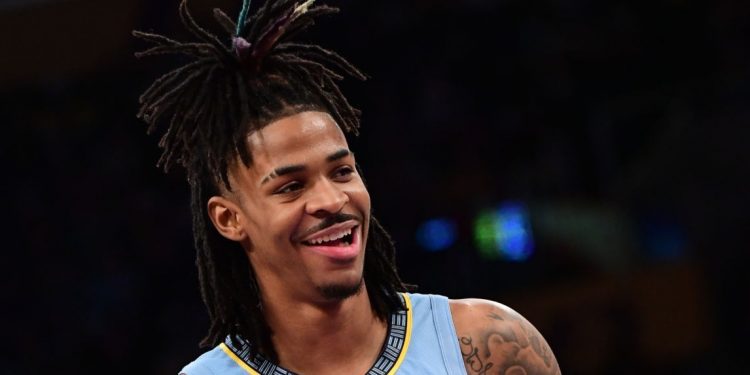 Being a professional basketball player is no easy feat, but being a professional basketball player for the Memphis Grizzlies requires a different level of excellence. Temetrius Jamel Morant, often known as Ja Morant, has established his worth in the eyes of the world. By joining the National Basketball Association (NBA) at the age of 20, the 22-year-old African-American man became a legend. As a sophomore, Ja was also selected for the Murray State Racers, where he was a first-team All-American in 2019. Morant was also named NBA Rookie of the Year in 2020 after being selected second overall by the Grizzlies in the NBA draft 2019. Let us know more about the player’s dating life. Who is Ja Morant’s girlfriend?

Morant was born to Tee and Jamie Morant in Dalzell, South Carolina. His mother was a high school point guard and a collegiate softball player, while his father was Ray Allen’s high school classmate and played basketball for Claflin University. Tee explored playing pro ball overseas after playing semi-professionally. When Jamie became pregnant with Ja, he gave up his basketball career and decided to stay at home and work as a barber. Morant went to Sumter, South Carolina’s Crestwood High School. In Morant’s first three years with the basketball squad, Morant grew from 5 ft 9 inches to 6 ft 0 in. Morant finished his career as the team’s all-time best scorer with 1,679 points, including a career-high 47 versus Sumter High School.

Who Is Ja Morant’s Girlfriend?

Ja Morant does not have a girlfriend at the moment. He is single now. However, Kadre Dixon, sometimes known as KK Dixon, was Morant’s first and longest known girlfriend. Morant’s 21-year-old love affair is well-known. In the past, the couple was never open about their relationship. It’s unclear how long Morant and Dixon have dated. However, Dixon shared the couple’s first photo on Instagram in late 2018. There’s no way of getting to know how long they’d dated prior to that initial picture of them. On August 7, 2019, Dixon welcomed the popular couple’s first child. Kaari Jaidyn Morant is the name of the couple’s daughter. Their daughter, on the other hand, was born two months earlier than expected, and Kaari had to spend a few weeks in the hospital before returning home.

Moving on, it’s unclear until now when Dixon and Morant called their split. The popular couple’s split was reportedly kept under wraps. After it was publically announced that Dixon and Morant had unfollowed one other on Instagram, fans started speculating about the split. Furthermore, the main reason behind their split remains unknown. In the case of Kaari, both parents appear to be equally responsible for the child, who is now two years old. Morant’s breakup with Dixon was followed by speculations of Morant dating the Influencer Abigail Russo. Morant had liked all of her posts and had joined her IG lives on multiple occasions. Ja Morant, on the other hand, rejected the rumor and stated that he is now single. Morant was also linked to UCLA basketball recruit Jaden Owens, according to reports. However, neither side has confirmed anything.

Born in Antoine, Arkansas, KK (Kadre Dixon) is a rapper who goes by the name Kadre Dixon. Dixon’s parents are DeShannon Dixon and Christal Dixon, and she is the eldest of their three children. Dixon’s parents, DeShannon and Christal, raised her as the middle child. The exact date of Dixon’s birth is unknown. However, it is assumed that Kadre was born around the year 2000 and is only 21 years old. Dixon also has an older brother, Tyrik, who plays basketball for the Missouri State Bears. Her younger sister’s name is Braylee Dixon. Dixon is currently a student at Fisk University in Nashville. Dixon is said to play volleyball and basketball at Frisk University.

The Memphis Grizzlies selected Morant second overall in the 2019 NBA Draft. Morant signed a two-year contract with the Grizzlies on July 2, 2019, worth $17,897,040. Morant made his NBA debut on October 23, 2019. J. Cole gave Morant a shout-out on the song “My Life” from Cole’s upcoming album The Off-Season, which was released in 2021. Moneybagg Yo released a song called “Rookie of the Year” on June 1, 2021, in honor of Morant being selected as NBA Rookie of the Year. The song honors Morant’s progress from a little-known college freshman to being selected NBA Rookie of the Year in 2019-20, reflecting on his “underdog attitude.” Morant published Promiseland, a six-episode documentary on his debut NBA season, on June 3.