Who Is Itachi Uchiha’s Girlfriend? A Glimpse On The Love Life Of Itachi

We have discussed the whole new side of Itachi Uchiha in this article. Let us know about his love of life in details. 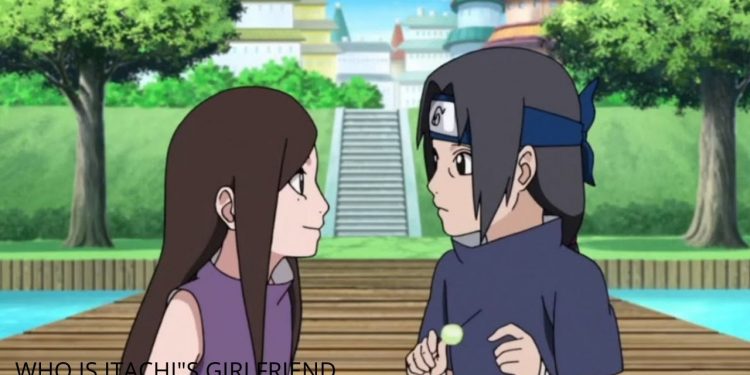 Itachi is one of the most loved characters in Naruto anime who saved the village by living in the shadows. He bears all the pain and hatred and sacrificed everything for the sake of the village. He is the one behind the Uchiha Massacre and makes Sasuke know about the hidden powers of Sharingan. In this article, we will shed some light on his personal life and see how he has been in his past and who was Itachi Uchiha’s girlfriend? Did he actually have one, or was he Single? What made him join the dark side? There are many questions in our minds, but after reading this article, all your doubts and questions will wash off for sure. So make sure to read this article till the end.

Naruto and Naruto Shippuden is a Japanese manga-based anime written and illustrated by Masashi Kishimoto. The story is based on the lives of Shinobis and their sacrifice towards their homeland. The main protagonist of the show, Naruto Uzumaki born without the care of his parents and alienated by the whole village because of the Nine-Tailed fox that sealed inside him. He used to make mischief to gain the attention of the people and ended up getting in trouble. Even after so many hardships, he decided to become the Hokage of the village someday. Did He Succeed in accomplishing his goal? You need to watch the show to find the answer.

Who Is Itachi Uchiha?

Itachi Uchiha is one of the most mysterious characters in the series. He protected Konoha from the shadows. He was the first son of Fugaku Uchiha and the elder brother of Sasuke Uchiha. He was the one who murdered his whole clan, including his parents, to save Konoha from coup d’etat. In exchange, he told Third Hokage and Danzo that they had to take care of their brother forever. Third Hokage agreed with him and advised him to join the criminal organization Akatsuki and become a spy for Konoha.

When he came to Hidden Leaf for the first time in Naruto anime, he didn’t actually come to get the Nine-Tailed Beast. He came to see how his brother was doing and to let Danzo know that he was still alive and if he did anything bad to Sasuke, he would kill him. He wants to tell Konoha that the organization is looking for tailed beasts.

Sadly his truth came out when he got killed by his own brother, Sasuke. Even after death, he protected the village from Kabuto’s Reanimation Jutsu.

Who Is Itachi Uchiha’s Girlfriend?

While this may look false to you, but Itachi Uchiha did have a girlfriend. This is the most unexplored side of Itachi because we mostly see a serious side of him always questioning himself. But it’s not true. Itachi does have friends in his childhood, and in fact, he is the most skilled and intelligent shinobi of the crew. It is revealed that Itachi Uchiha’s girlfriend was Izumi Uchiha. Izumi deeply loved Itachi and believed him till the end. Itachi told her all motives, and she firmly accepted his decision to end her life. Itachi put her in a genjutsu where they were together and ultimately died in the end. Itachi’s sufferings can’t be expressed in mere words. His dedication and sacrifice towards the village can’t be forgotten.

Where To Watch Naruto and Naruto Shippuden?

There are many platforms in which the series is available to watch legally, like Netflix, Crunchyroll, etc., but the best and most recommended platform is Crunchyroll. Crunchyroll is no doubt the largest database of anime which allows not just Naruto but thousands of other anime shows anytime anywhere in the highest quality possible. It even allows us to read popular manga on the same platform. It supports simulcasting, which lets you watch your favorite show just after it gets aired in Japan. The best part of Crunchyroll is, it supports Ad-supporting content, so if you don’t want to pay for the subscription, You can still enjoy the show with ads in Standard Quality.