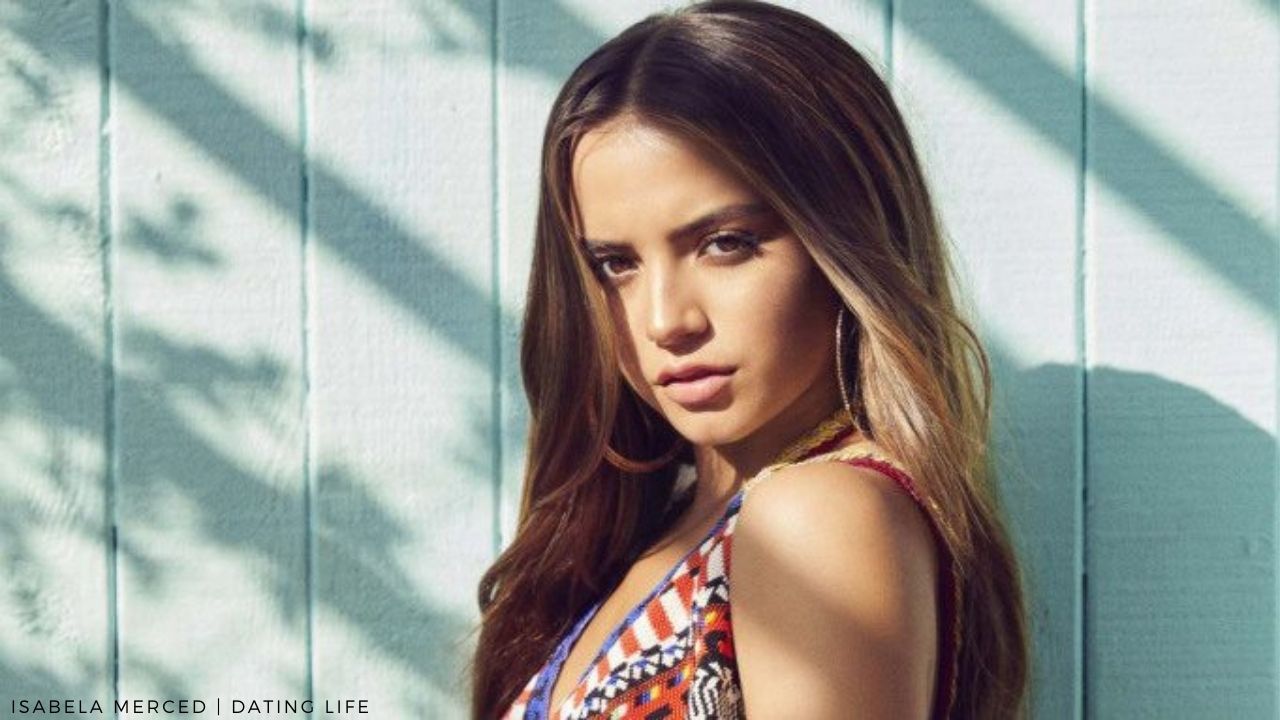 Merced was born in Cleveland, Ohio. Her mother is Katherine, who was from Lima, Peru, whereas her father is Patrick Moner, who was from Louisiana. Merced said that she struggled with English when she started school because her first was Spanish. Adding that, she also said that she considers herself a Peruvian rather than American. On July 10, 2001, Isabela Merced was born. At the age of fifteen, she was accepted into college. She is a young and dynamic actress and singer of American and Peruvian origin and ethnicity. Isabela Merced’s net worth is estimated to be around $3 million as of 2021. On various social media platforms, Isabela Merced is an active user. Also, she owns a YouTube channel called “Isabela Merced”. Well, from this article, you will learn more about Who Is Isabella Merced Dating? Her personal life and more!

Who Is Isabella Merced Dating?

Teen Choice Award nominee Isabela is not currently dating anyone. Right now, she is choosing to keep her love affair or intimate relationship with someone in or out of the spotlight. The 19-year-old Merced is very focused on her future and seems happy with her personal life. Till now, she did not found a desirable partner. She likes to spend her free time with her family instead of wasting time on romantic affairs. She also has a dog named Pluto.

Before the 1.55-meter tall actress, Isabela remained single. With her ex-boyfriend Jace Norman, she fell in love, who is an American actor. He rose to fame for his role as Henry Hart on the Nickelodeon television series Henry Danger. The Nickelodeon star started dating publicly in April 2016.

Since then, the couple has been sharing hilarious photos and a hilarious video blog together. But things between them shouldn’t last forever, and they decide to end their relationship. After seven months of dating, Merced and Norman broke up on Monday, November 21, 2016. Jace confirmed the breakup in a phone interview, saying, “Yeah, we’re just friends.” Although she has had many rumors of relationships in the past, her name has been linked to Dylan Summerall, Jace Norman, and Seth Isaac Johnson.

In 2019 she changed her name to Isabela Merced in honor of her late grandmother. She is the second child of her parents Patrick and Katherine Moner. Jared Moner and Gyovanni Moner are her two brothers. She’s half Peruvian. Also, she attended the Virtual Academy in Ohio. So far, she is an American citizen and of mixed ethnicity (Peru-American).

She completed her early education at a local high school in Cleveland, Ohio, USA. She then enrolled at a local private university in Cleveland, Ohio, USA, from where she is currently pursuing higher education. Interested in music and acting since childhood, she has always dreamed of becoming a popular actress and singer in the entertainment industry in the United States.

Isabela Merced is a very beautiful, sexy, and beautiful girl with a charming and gorgeous personality and a sweet smile. She has a beautiful, sexy and curvy figure with an attractive body size and a slender figure that is beautifully shaped. Her figure is roughly 34-27-35 inches. She is about 5 feet 1 inch tall and weighs about 47 kg. She has a beautiful dark brown color with long and shiny hair and also has light brown bubbles, beautiful and dazzling eyes.

Some Interesting Facts About Isabela Merced:

In 2016, it was reported that she met popular actor Jace Norman and ended their relationship in November of that year. Rumor has it that she is also in a relationship with actor Owen Joyner. In interactions with the media, she revealed that she had a particular love for popular Hollywood actors such as Dave Franco and Dylan O’Brien.