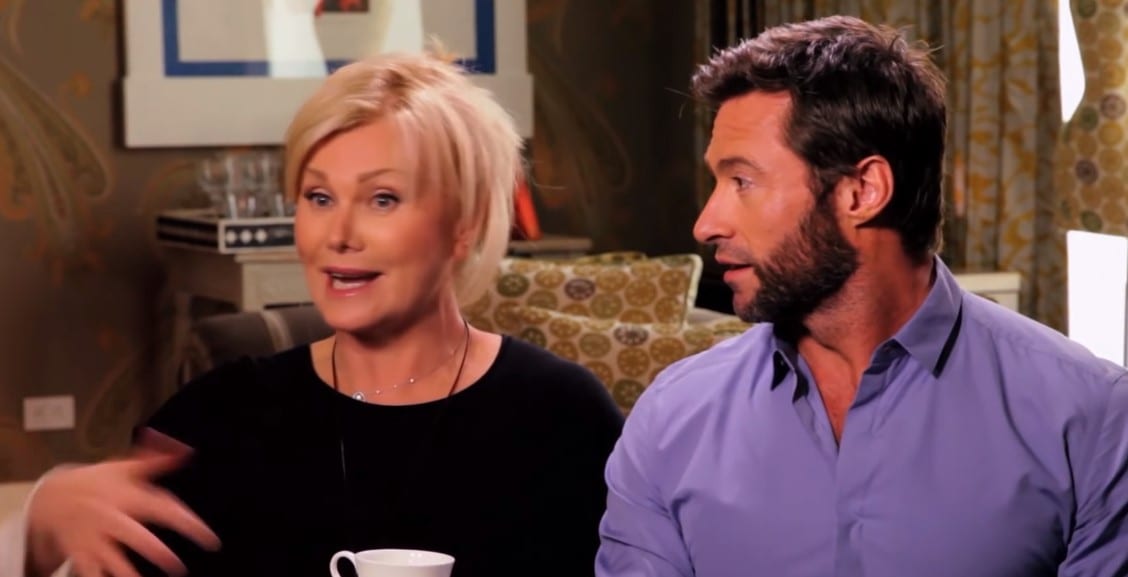 Today we cover who is Hugh Jackman dating. The Australian actor, known for his role in X-Men as Wolverine, has a long-standing relationship with his wife for a quarter of a century with actress Deborra-Lee Furness. And today, we will explore everything we know about this Hollywood couple. Firstly, we will discuss how they met. Secondly, we will cover their net worth and career. Thirdly we’ll comment on their current projects.

Hugh Jackman and Deborra-Lee Furness got married in April 1996 in Melbourne, Australia after meeting on a set of a local TV show. Since then, the couple has been together through thick and thin. And they are one of the cutest couples you’ll see in entertainment. Additionally, we will briefly comment on details about their children and a couple of trivia facts about Deborra-Lee Furness’ acting career, which began all the way back in the mid-1970s. So come join us in this profile of another cute Hollywood couple here at Otakukart.

Who is Hugh Jackman?

Hugh Michael Jackman (b. 1968) is an Australian actor with an impressive career that began almost twenty-five years ago when he debuted in the Aussie television drama “Law of the Land”. On that note, he’s the son of English parents and the youngest of five children from that relationship. At a very young age, his mother went back to the UK, leaving him and his siblings with his dad. One lustrum later, Hugh’s dad went back to England to patch things up with his wife, only to find she’d married someone else.

Hugh Jackman grew up and pursued studies at the University of Technology in Sydney in the area of journalism. Coincidentally, during his tenure at the University, he fell short of some credits and added an acting class to push his grades. Consequently, that decision was pivotal as it sent him to stardom, although not immediately. On another hand, coupled with his acting skills, Jackman is a seasoned musician, as he plays piano, the violin, and the guitar.

Who is Hugh Jackman Dating? – Otakukart

It was the mid-1990s when Hugh, already an actor, got his first shot at a TV production called Correlli. And they fell for each other right away. With Hugh ordering a custom-made engagement ring with a Sanskrit inscription on it. Hugh and Deborra-Lee wanted children. But unfortunately, Deborra-Lee had two miscarriages. So they decided to adopt two children, a boy named Oscar Maximilian Jackman and Ava Eliot Jackman. And this couple loves their children dearly, as their daily routine involves them intensively.

Who is Hugh Jackman dating?

Some irresponsible gossip columnists online claimed about a year ago that the Jackman-Furness marriage is in trouble after spotting Hugh without his wedding band. But nothing of the likes as the couple were spotted several times over the year walking together and Jackman showing her love for Deborra-Lee on his Instagram profile. This couple currently resides in New York City, where Jackman will star in a Broadway show. In short, Hugh Jackman is dating his wife.

Also Read: Why is Marvel Coming Up With a Fantastic Four Reboot Before X-Men?

Hugh Jackman has a net worth estimated around US $200 million. Combined with his wife Deborra-Lee, whose estimated net worth is about $15 million. While Jackman is a very active actor, his wife’s last production took place for a 2016 television series, and she now dedicates herself to the family. And they live very comfortably in their several estates: One at the Hamptons, other in Melbourne, and a very nice apartment in New York City.

Jackman has a couple of projects for 2021. Including a science-fiction film called “Reminiscence” written and directed by Lisa Joy. In this production, Jackman works opposite Rebecca Ferguson and Thandiwe Newton. And the film, currently in post-production and slated for premiere on August 20, 2021. On another note, after his successful career playing Wolverine in the X-Men series, Hugh also performs in theater and musicals.

A lifetime on the screen

Deborra-Lee Furness acted in twenty feature films and twenty-two television shows. And for her talent, she won the SIFF Award for Best Actress, the Film Critics Circle of Australia Award, and the San Sebastian International Film Festival Silver Shell award. But Hugh doesn’t fall behind, as he’s also a very well awarded actor. He won a Golden Globe for Best Actor in 2013. And received a nomination for an Academy Award for Best Actor for his outstanding performance as Jean Valjean in the musical Les Misérables, opposite Ann Hathaway.

In conclusion, Hugh Jackman dates his lovely wife Deborra-Lee Furness and doesn’t plan to divorce. As they both live a very successful, stress-free, happy life doing what they do best: Raising their adoptive kids in a caring, loving home and performing in all sorts of entertainment productions spanning cinema, TV, documentaries, and music. All in all, this Australian couple is one of the best examples of family stability in showbusiness.