We have heard her and we have grown to love her because of that, but we never got to see her. Here we are taking a look at the face behind Howard's Mom In The Big Bang Theory. 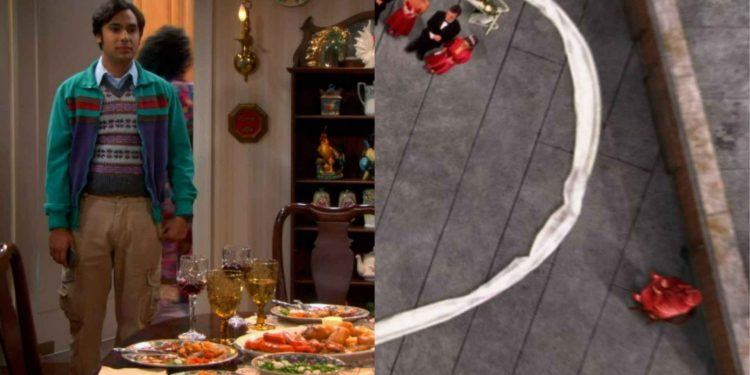 Glimpses Of Howard's Mom a.k.a. Mrs. Wolowtiz from The Big Bang Theory

The Big Bang Theory is surely a show full of genius jokes and, at times on how life is difficult for those geniuses. Apart from being one of the most popular sitcoms out there where our scientist characters are looking for answers, there are surely some mysteries the show didn’t answer while it ended. One of them is Howard’s Mom, whom we didn’t see throughout The Big Bang Theory and its run. For most of the show’s run, we only heard her voice. The only thing that gave her a huge fanbase in no time. So before we move ahead, there will surely be The Big Bang Theory and Young Sheldon spoilers, so Spoiler Alert for that.

So here we are taking a look at the face behind Howard’s Mom, a.k.a Mrs. Wolowitz. The one loved and enjoyed just with her voice. Let it be her backstory, her mannerism, or jokes about her way of living. Everything came from the character’s voice and other characters describing her. Despite it being enough, the face behind the character may always intrigue the fans and new viewers. Apart from that, we will also take a look at why such a beloved character was killed off by The Big Bang Theory amidst its successful run.

Who Is Howard’s Mom?

Howard’s mother for the entire seven seasons of The Big Bang Theory was only referred to as ‘Ma’ by Howard or ‘Mrs. Wolowitz’ by his friends. It was Season 7 Finale, titled” The Status Quo Combustion,” where for the very first time, we heard her name. The full name of Howard’s Mom is Deborah “Debbie” Melvina Wolowitz. For all the fans wondering, she is played by Carol Ann Susi.

So to people who might not know who Carol Ann Susi is, she was an actress with a career spanning around 40 years. She was popular for the character of intern Monique Marmelstein on Kolchak: The Night Stalker. But it was her loud and obnoxious New Jersey-accented voice of Howard’s mother that turned things around for her. For the first half of the show, apart from Howard’s creepy gags, hearing Carol Ann Susi’s Mrs. Wolowitz belittles him time and time again was something fans were waiting for.

The main takeaway of Howard’s Mom/Mrs. Wolowitz is the fact that we never got to see her. This only made the running gag more intriguing and something to look at. There have been several instances where we had a little glimpse of her, but we never got to see her completely. Still, the characters have described her appearance to be overweight with a mustache. Although we didn’t get to see her, the voice was pretty much enough despite it being a little masculine.

After Howard’s father, Sam Wolwitz, abandoned her, Mrs. Wolowtiz kind of lost her confidence and has often found herself lonely with her son. She still sees Howard as a kid, and there were times they had arguments. Despite Howard and her complicated relationship, she has been a nice and well-meaning person and a lovely figure to Howard and his friends. She turned herself around with her mannerism when she approved of Howard’s fiancé Bernadette.

Why Did ‘The Big Bang Theory’ Kill Off Howard’s Mom?

So, Carol Ann Susi, who voiced Howard’s Mom for seven long seasons of The Big Bang Theory, died of cancer on November 11, 2014. She was 62 years old at that time. As part of the show’s plot, in the eighth episode of Season 8, the character of Mrs. Wolowitz/Howard’s Mom died in sleep while visiting Howard’s Aunt Gladys in Florida. The entire cast, through their characters, paid tribute to Carol Ann Susi by reflecting upon the character in the last minutes of the episode while Howard and Bernadette left for the funeral.

In honor of Susi’s character, you can spot a small picture of her on the refrigerator in Sheldon and Leonard’s apartment in Season 10’s Episode 8 titled, “The Brain Bowl Incubation”. Post her death, we heard Susi’s voice as Howard’s mom again in a flashback sequence in episode 9 of The Big Bang Theory Season 11, titled “The Bitcoin Entanglement”. The show used one of the previous recordings. Similarly, in the ongoing spin-off, Young Sheldon’s season 2 finale features the younger versions of The Big Bang Theory’s seven main characters. In Howard’s scene, we can once again hear her voice.