OtakuKart
Home Entertainment Who Is Hilary Duff Married To? All About Lizzie McGuire’s Lead Star’s... 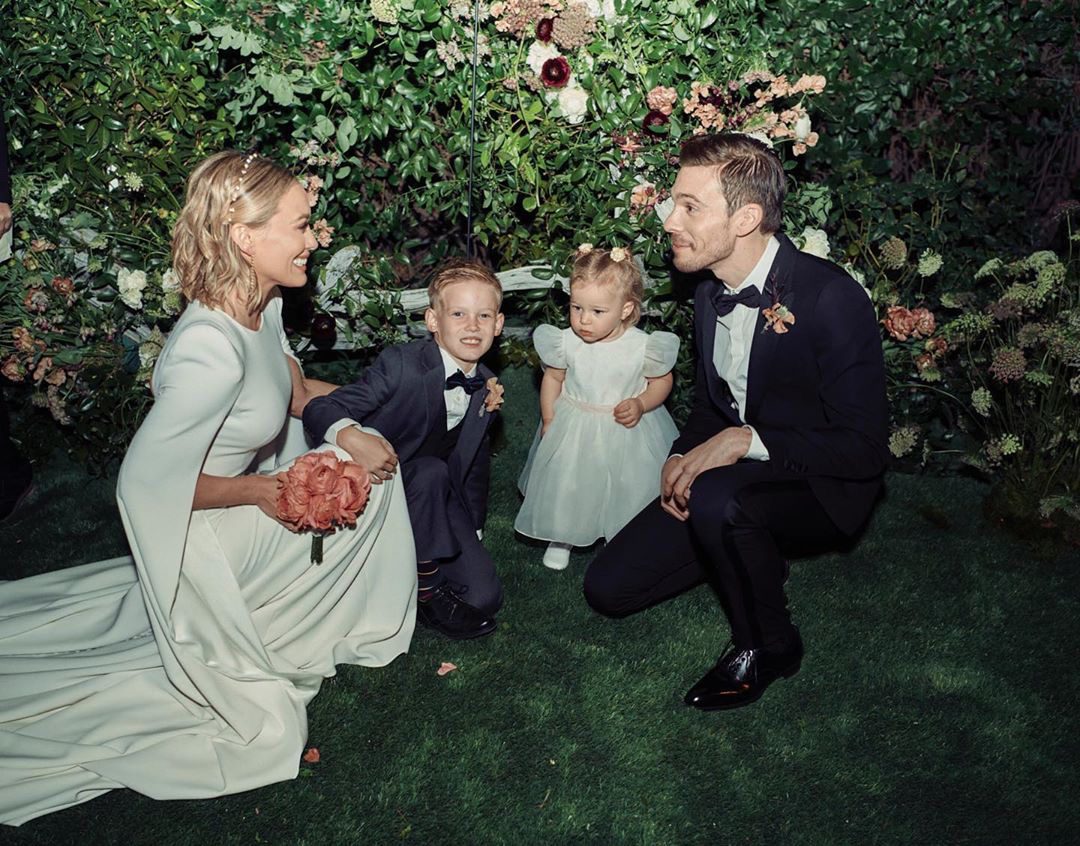 Want to know who is popular actress Hilary Duff married to? Hilary Duff rose to fame and success after fans loved her in the lead role in the hit teen series Lizzie McGuire. She also starred in the following film, The Lizzie McGuire Movie. Duff soon became a teen idol and later went on to star in several movies and television shows. The star recently stunned everyone with an excellent Photoshoot for a renowned magazine.

Fans are recently seeing her in the lead role in Hulu’s spinoff, How I Met Your Father. Like Ted Mosby in the original series, Duff plays the role of Sophie, who is out there looking for love. Hilary Duff also gained attention as the power-driven Kelsey Peters in the hit series Younger. Apart from her thriving professional life, fans often get a glimpse into her personal life, which includes her loving husband and three adorable kids. Let us take a look at all the details and lesser-known facts about the man Hilary Duff is married to.

Who Is Hilary Duff Married To?

Hilary Duff is married to Matthew Koma. The two tied the knot in 2019 and have been one of the most relatable and fun couples on Instagram. From posting each other to keeping the spark alive, the two sure do give fans some major couple goals. While the couple parted ways earlier, they soon reconciled as Duff explained that when one has “history and a past with someone and love, and just because it doesn’t work out the first time, the second time, as long as there’s not too much damage done, then, it can always work out again“.

The Lizzie McGuire star met the record producer after they collaborated on her 2015 album Breathe In. Breathe Out. The two celebrated their first big milestone as they welcomed daughter Banks in 2018. They welcomed their second daughter Mae James in 2021. Duff was earlier married to Mike Comrie.

Although the pair are pretty much inseparable, they did part ways for a brief period in 2017. However, as fate would have it, they soon reconciled. After two years of bliss and an adorable little daughter, Koma finally popped the question in 2019. Hilary Duff confirmed the engagement on social media while getting a funny nod from her fiancé. Take a look at this beautiful snap of the family as they welcome their little one.

The two soon tied the knot in an intimate ceremony in the backyard of their Los Angeles home in the presence of a front of a small group of family and friends. The Sparks singer paid a heartfelt tribute on the anniversary of their engagement in May 2020. The Younger actress also penned down a sweet note for her husband on his 34th birthday in June 2021. Not to forget, Duff calls her beau, her best friend, the best human, and papa bear.

The Younger actress recently looked back on Disney’s decision to cancel the Lizzie McGuire project in December 2020. This came in as a shock as they had already filmed two episodes. While talking about the unexpected decision, the lead star explained how she had to be 30 years old doing 30-year-old things and didn’t need to be doing bong rips and having one-night stands all the time but needed to be authentic. Duff concluded that the studio might have been spooked by the whole idea.

Hilary Duff recently posed nude for a magazine and conveyed a positive message saying that she is proud that her body has produced three children for her. She further added how she has gotten to a place of being peaceful with the changes her body has gone through. While the actress looked absolutely stunning in the cover shoot, her husband, Matthew Koma, had a humorous response as he commented about being so bummed that he wasn’t available for the cover and thanked Duff for filling in for him.