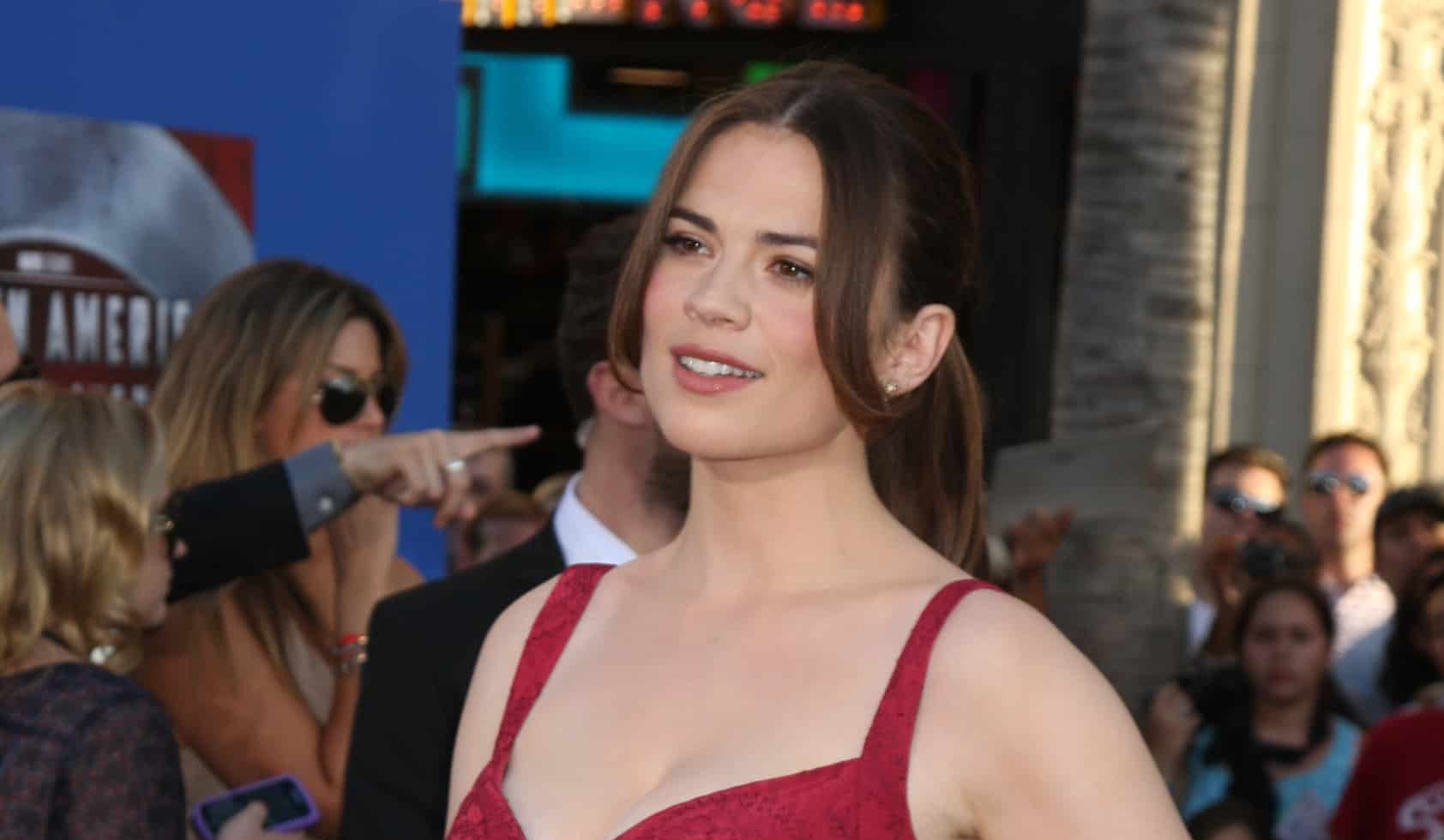 Hayley Elizabeth Atwell is an English-American actress; she was born on 5 April 1982 in London. Her mother, Allison Cain, is British and her father, Grant Atwell, is an American photographer from Kansas City, Missouri. Atwell has dual citizenship of the UK and US. After attending Sion-Manning Roman Catholic Girls’ School in London, she took A-levels at the London Oratory School. Atwell took two years off to travel with her father and work for a casting director. She then enrolled at the Guildhall School of Music and Drama, graduating with a BA in acting. Her contemporaries at Guildhall included actress Jodie Whittaker, whom Atwell later described as one of her great friends, and Michelle Dockery. Her relationship status is a piece of hot news for her fans.

Hayley Atwell played Agent Peggy Carter in the film Captain America: The First Avenger. It was met with a huge reap of praise. Hayley returned to Marvel for the 2014 film Captain America: The Winter Soldier and in the 2015 film Avengers: Age of Ultron and Ant-Man. As Agent Carter, she appeared in two episodes of the television show Agents of S.H.I.E.L.D and as the lead role in Marvel’s Agent Carter, which aired from 2015 to 2016.

Hayley Atwell was described as the “queen of period-drama” by The Guardian; Atwell has been praised by directors for “the professional example she sets” and her work in period-drama films and television shows.  Atwell received an Ian Charleson Commendation for her work in Major Barbara (2009) and has received three Laurence Olivier Award nominations, first for her work in A View from the Bridge (2009), her in 2011 for her work in the revival of The Pride, and once again in 2020 for her performance as Rebecca West in Rosmersholm. Atwell was also nominated for a WhatsOnStage Award for her role in The Pride.

Hayley Atwell, the once and future Peggy Carter actress in the Marvel Cinematic Universe, is going to be joining a different cinematic universe of spies: she’s the latest addition to the next Mission: Impossible film. That’s Mission: Impossible 7, for those keeping track at home, and while it’s rare for a franchise to feel like it’s at its peak after half a dozen films, last year’s Mission: Impossible – Fallout was such a high point that we’re completely amped to see what Tom Cruise and director Chris McQuarrie do with it next – and Atwell has us even more excited for it. 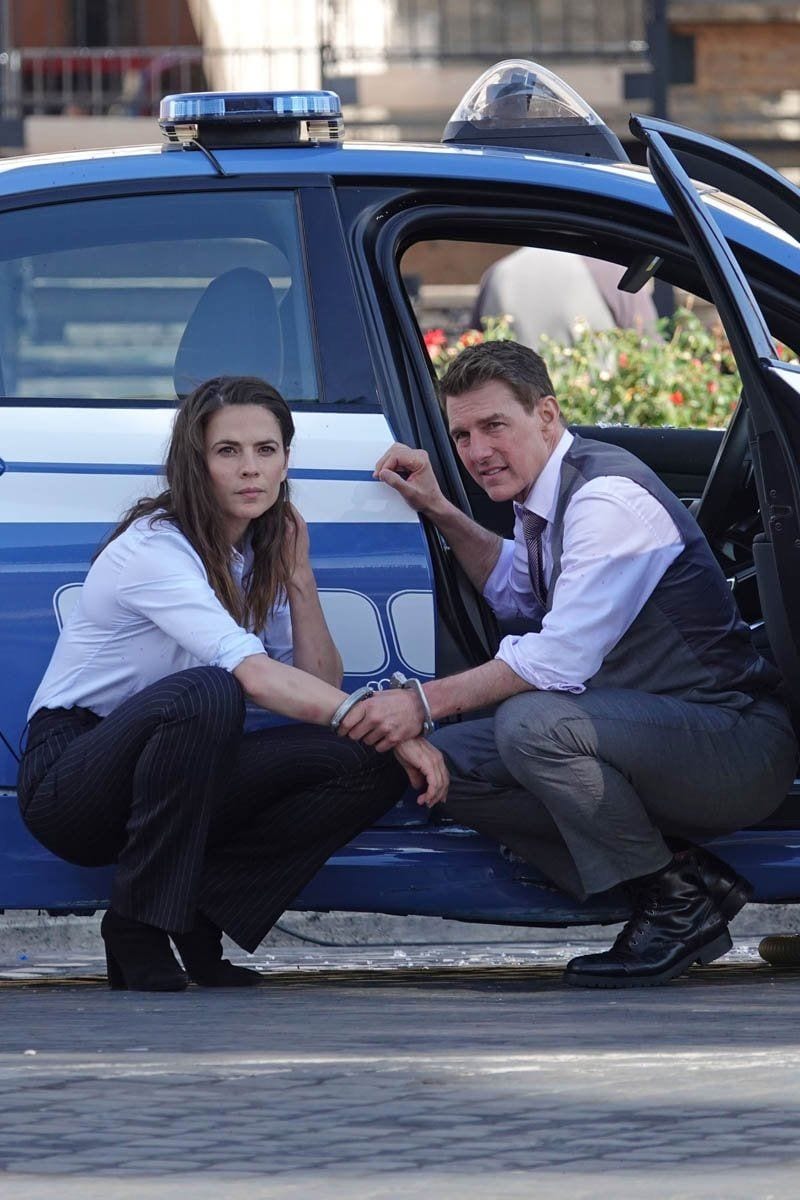 Hollywood star Tom Cruise and Hayley Atwell had been spending quite a lot of time together on the set film Mission: Impossible 7. As per a report by The Sun, “Tom and Hayley hit it off from day one. Lockdown, and all the difficulties that came with it, brought them even closer, and they’ve become fairly inseparable. Ever since he parted ways with Katie Holmes, the Rain Man actor has been quite secretive with his love life. The couple was spotted holding hands at a London screening, giving speculations that they are soon to go public with their relationship.

An anonymous source goes on to say that the restrictions of lockdown sparked their romance. “They’ve been meeting up after hours, and she’s been to his London pad. They get on brilliantly, and both seem very happy.” Interesting, very interesting. Well, in any case, we hope the happy couple continues to “get on brilliantly,” and that Cruise never yells at Atwell the way how he yelled at those crew members. Tom Cruise has a troubled love life, and fans hope for their romance to last.

E.M. Forster’s Howards End is one of the most beloved English-language novels, famously adapted into a 1992 film starring Emma Thompson in the role of Margaret Schlegel. But Hayley Atwell wants to make it clear she was in no way intimidated by the prospect of making Margaret her own. “I was intimidated when I was given the role of Major Barbara in Major Barbara on the Olivier stage at the National Theatre.” That was back in 2008 when Atwell was just a few years out of drama school and “still very much an apprentice.