Who Is Gottfried Helnwein? This Is What He Is Famous For 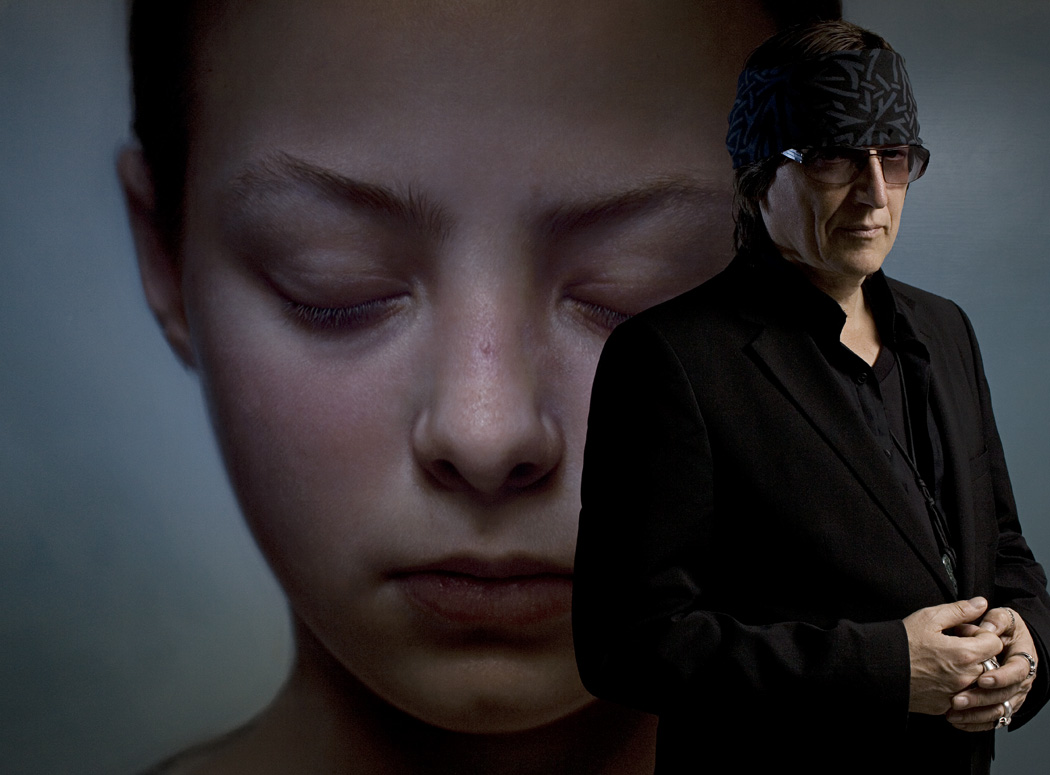 Gottfried Helnwein is a visual artist who was born in Austria and raised in Ireland. He has used a range of techniques and media as a painter,  photographer, draftsman, sculptor as well as a performance artist. The human condition is Helnwein’s main subject matter. His research and work focus on psychological in combination with sociological anxiety. Apart from that, historical and political concerns are too reflected in his work. This public figure is mainly known for his painting, installation artwork, and photography skills and outcomes.

Gottfried Helnwein as an individual, has a great personality and aura. Apart from the very famous works, he is well-known for his personalityGottfried Helnwein is an individual with a wonderful personality and aura. He is well-known for his charisma as well as his well-known works. The image of a child dominates his art as a representation. The child, in particular, is portrayed with physical and emotional injuries. Helnwein is his official website which comprises all the recent updates, work revolving around Gottfried. Helnwein’s work is mostly surrounded by controversy. Know why and learn more about Helnwein’s early life, how he built his career and much more throughout this article.

Gottfried Helnwein was born in Vienna on October 8 in the year 1948. Helnwein’s household was roman catholic. He grew up in the post-war Vienna zone; the young boy was surrounded by gruff people who were haunted by a recent history they couldn’t address. This is also reflected in his artistic contributions, which you will learn more about further in the article. He arranged plays and art exhibits when he was a student. In the years that followed, he began performing for small crowds, cutting his face and hands with razor blades and bandaging himself. He attended Vienna’s University of Visual Arts for the years 1969 to 1973. In 1982, the University of Applied Sciences in Hamburg offered a position to Helnwein. Helnwein demanded to admit children to study at the university. But this was rejected, which is why he declined the offer.

Helnwein, in his photography field for the first time, met Andy Warhol in 1983 in New York. These two posed for a series of pictures. This was a kickoff for hor photography field. Later, Helnwein was asked for a position of a professor at the University of Visual Art in 1985 in the subject of painting. However, Helnwein had to scrap off the offer because he had to move to Germany. He opened a studio in Tribeca, New York, four years later, and split his time between the United States and Germany from then on.

Helnwein once again relocated to  Ireland in 1997. Besides that, Helnwein purchased different castles. He owned Castle Gurteen De la Poer in County Waterford in Ireland and medieval castle near Cologne and the Rhine. Several weddings, for instance, Marilyn Manson and Dita Von Teese’s marriage, took place in a private, non-denominational ceremony at Helnwein’s castle on December 3, 2005.

Helnwein was granted Irish citizenship in 2004. He divides his time between Ireland and Los Angeles. Helnwein is married to a woman named Renate. They both are parents to four children named Cyril, Mercedes, Ali Elvis, and Wolfgang Amadeus. All four of them are young and thriving artists.

Learn about Gottfried Helnwein’s contributions over the years. His work from back then continues to have a strong impact and influence on audiences. Helnwein’s work has always been admired, whether it was then or today. The message behind each of his works is deep and requires attention.

In the year 2002, Helnwein founded a studio in Los Angeles. Since then, Helnwein has lived and worked in Ireland and Los Angeles. In 2004, the San Francisco Fine Arts Museums presented his first known and well popular painting contribution- The Boy: Works by Gottfried Helnwein at the California Palace.

It was Gottfried Helnwein’s first solo exhibition in an American museum. Early work by Child-Helnwein consists predominantly of hyper-realistic watercolors portraying injured children, as well as photos and performances in public spaces, often with children. Nearly 130,000 people attended the exhibition. He kept doing it until 1969. It is one of the most known works done by Helnwein.

In 1970, he started a series of self-portraits in his studio in Vienna. As a student, Helnwein represented actionist self-portraits in the style of a happening, showing his bruised and bandaged body and surgical instruments deforming his face. He appears as a wailing man, representing the terrifying facets of life: A Modern-Day Man of Sorrows. His Frozen Scream, which shows the artist in a state of unrelenting trauma. It projects world events.

Since he was a child and with his post-war childhood experiences, Helnwein had supremacy of cartoon life over real life since it seemed happier and unrealistic to him as a child. He started to use cartoon characters in his paintings in the 1970s. His first experience came in with a German scripted Donald Duck comic book. It changed his life and its perspective. Helnwein’s painting Mouse I  was presented at the San Francisco Museum of Modern Art’s exhibition. The Darker Side of Playland: Childhood Imagery from the Logan Collection in 2000 is another example of Helnwein’s masterpiece. Despite the fact that Helnwein’s work is rooted in German expressionism, he has incorporated elements of American pop culture which makes it relatable at a vast level.

The Last Child, 2008; Modern Sleep, 2004–2006; Ninth November Night, 1988; Poems; Black Mirror (II), 1987; Angel Sleeping, 1999; Der Untermensch, 1986; The Golden Age I, II, and III, 2003; Faces, 1982; and others are among Helnwein’s photographic works. His art has been seen in a variety of venues such as galleries, museums, and public installations. These are the two most well-known areas of Helnwein’s work. He is, however, active in a variety of other activities such as performing artist, sculptor, muralist, and so on. Gottfried has an ace in every area.

Read More: Did Larray And Brady Break Up?

Is Britney Spears Dating Someone? What We Know

Fans Are Excited As Fortnite Spring Breakout Is Coming Soon