Who is Gavin Creel Dating? The American Actor’s Love Life 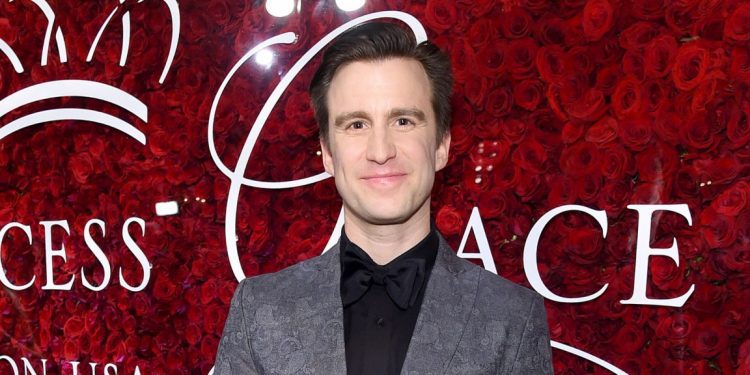 Gavin Creel is a well-known American actor, songwriter, and singer. The Musical actor Gavin Creel had gained recognition in the year 2012 for his work on The Book of Mormon. The Tony Award-winning actor Creel made his Broadway debut when he made his appearance in the Thoroughly Modern Millie. He returned to Broadway in the year 2009 again when he portrayed the role of Claude in the musical Hair. He has since then appeared in She Loves Me, Waitress, Mary Poppins, and many more. Creel was born in Findlay, located in Ohio. For his education, he attended Findlay High School and graduated in the year 1994. In the year 1998, he received a bachelor’s degree in Fine Arts in musical theater from the University of Michigan School of Music, Arts, Theater, and Dance. Do you know who Gavin Creel is dating?

Gavin Creel is the child of American parents. And while there isn’t much information about their names or occupations, we know that they reside in Findlay, Ohio. You can follow Gavin Creel on @gavincreelofficial Instagram and be a part of his followers. Although the account has not been verified, there are many fan accounts that link this account when it comes to Creel. Also, once Gavin was voted as the homecoming king at his high school. Gavin was also a member of the high school swimming team, yearbook staff, and student council. He is also a member of the Key Club and Thespian Club.

Who is Gavin Creel Dating?

Gavin Creel is currently enjoying his life as a single man. Creel is openly gay. Creel was around 33 years old when he became aware of his sexuality and spoke openly about it. He’s a regular on the LGBT cruise ship RFamilyVacations with Rosie O’Donnell. We’re not sure if he’s keeping any new budding romance a secret to protect his privacy. This seems to be unlikely as Creel has always been very vocal about his relationship. Gavin’s last public relationship was with the Broadway actor named Jonathan Groff.

Jonathan has never been very political, but Gavin has shown his support for President Obama in the name of gay rights. Although having a good relationship, the two actors separated in the year 2010 for unknown reasons. Groff is currently in a serious relationship with another man. Creel also co-founded Broadway Impact, an LGBT activist group, with Rory O’Malley and Jenny Kanelos. Also, he is an alumnus of the Findlay First Edition Show Choir. Creel has been temporarily withdrawn from Hello, Dolly! in March of the year 2018, for medical reasons. In the year 2020, days after leaving the London waitress, Creel announced that he had been diagnosed with COVID-19.

Who Is Jonathan Groff?

Jonathan Groff is a popular American actor and singer best known for his roles in Broadway productions of the rock musical Spring Awakening. After completing graduation from Conestoga Valley High School, he received an offer to take part in the national tour of the musical named The Sound of Music, which changed the course of his life. He moved to New York and won an Actor Association card shortly after graduating from high school. The American actor Groff made his Broadway debut in the musical In My Life and made his first big-screen appearance as Michael Lang in the comedy-drama Taking Woodstock.

He also portrayed a guest role with his partner and best friend Lea Michele in the musical-comedy drama Glee and made his West End theater debut with Deathtrap. Groff won several awards for his work, including a Grammy for Best Musical Theatre Album for Spring Awakening. He is openly gay and was embroiled in controversy in an article in Newsweek’s RaminSetoodeh that gay actors could not convincingly portray real characters. He received the Point Horizon Award for his “leading role as a lawyer” for the LGBT community. Jonathan shaped the entertainment industry and has a huge following on social media.

Creel kick-started his professional career in regional theater. Some of his earliest accomplishments are as a part of the resident cast of Pittsburgh CLO, a treasury theater, for the 1997 and 1998 seasons, mostly ensemble roles. Some of his eight productions there include Kiss Me Kate, La Cage aux Folles, and On the Town. Other theatrical performances at the time included productions in Massachusetts and New York State.

After graduating from college, Creel played the role of Nick Piazza in the first line of the national Fame tour in 1998. From 1998 to 1999, the tour took place in cities such as Toronto, Washington, DC, and Chicago. After touring, he continued to play in regional theater before moving to New York in the early 2000s. In 2001, he was a swinger in the original off-Broadway production of Bat Boy: The Musical. Also, in the year 2001, he attended the Spring Awakening workshop.

Also Read: Is Raven Bowens Pregnant? Everything To Know About the Pregnancy Rumours

How Many Episodes will Sabikui Bisco have?