Who Is Gabby Thomas’ Boyfriend? About the Olympic Bronze Medalist

Gabby Thomas is a sprinter who secured a third position in the 200 m race. This young athlete got a bronze medal in the 2020 Olympics in Tokyo. So, who is Gabby Thomas dating and what is her personal life like? is a topic of everyone’s interest. Gabby fought for her place on the podium in the 200 m race at the 2020 Olympics. She finished her race in 21.87 seconds after ElainehThompson-Herah who is Jamaican. And with Christine Mnoma who is Namibian. To Gabby, it was like a dream come true. She even took the American flag on her back as she completed her celebratory lapse.

Gabby has been a consistent and hard-working athlete. It is because of all her dedication to winning a medal for her own country. There are many other young athletes who seek inspiration from her. Moreover, they are very keen to know about her personal life and her dating history as well. As of recent news, Gabby is not linked to anyone romantically. Her relationship status appears to be single as of now. Since the sprinter has been focused fully on her career as an athlete for her country. However, she was rumored of being involved in one relationship earlier. Let us find more about the romantic history of the athlete and her personal life. 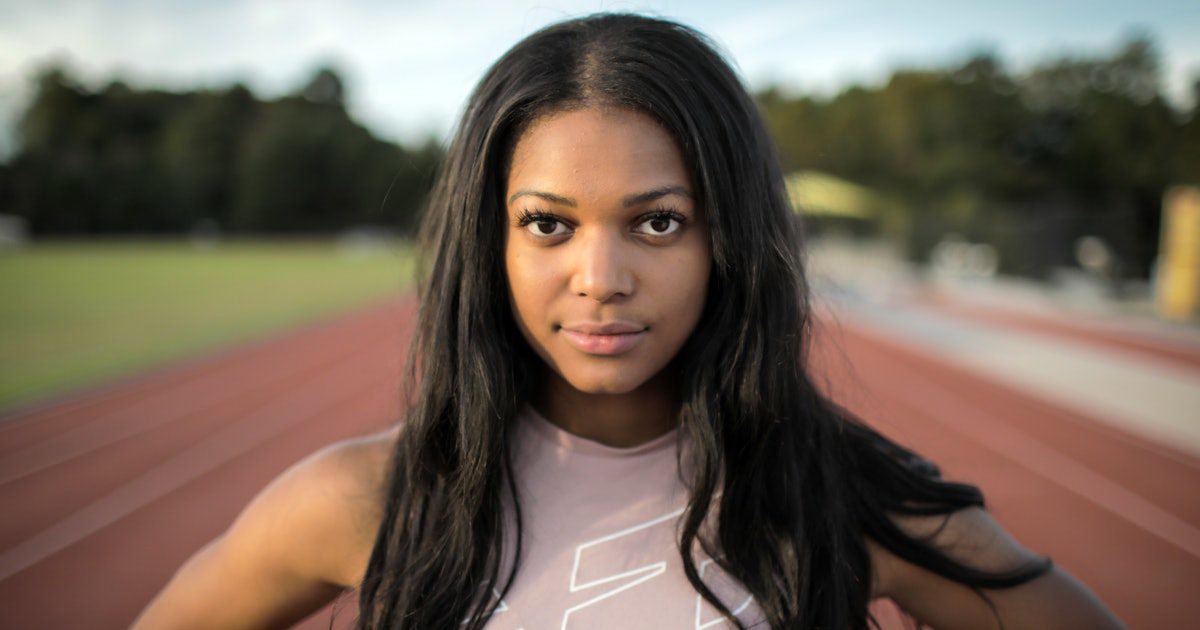 Gabby Thomas during her interview

She was born in the year 1996 on 7th December. Also called the third fasted women of the field event of the 200 m race, the African-American sprinter has raised the bar high. She is a native of Atlanta, Georgia of the United States. Her family consists of her father, Desmond Thomas. Her mother, Jennifer Randall. As well as her twin brother, Andrew Thomas. As a child, Allyson Felix was her inspiration of all time.

Gabby completed her schooling at Williston Northampton School. This was the place where Gabby ran for 4 years and had said numerous records. Added to this, she was the MVP each year. During that period, her coach was Michelle Lawson. Gabby was pursuing global health and neurobiology from Harvard University. Thomas won a total of 22 conference titles in her span of three years. Moreover, setting up new records for each event every single year was quite difficult to break.

Who Is Gabby Thomas Dating?

Our recent sources tell us that Gabby has been quite busy with her athletics career. 2021 is a piece of bad news for her. This is due to the fact that her MRI confirmed a tumor in her liver. The good news is that it is benign which means once removed, it will not grow further. Earlier at the time of her schooling, she was romantically involved with a young man. He was known as Sam Geschickter from the year 2015. This pair was talked about all over at Williston Northampton School.

High school was the place where both of them were known to fell in love with each other. The pair were seen together most of the time. Added to this, the couple even went to their prom together. But the recent sources tell nothing if Sam and Gabby are linked together romantically or not. Also, it is quite unclear if Gabby and Sam are still together like they were in high school.

Moreover, Sam has always been her biggest supporter. Right after Gabby got qualified for the Olympics, Sam celebrated the good news through his social media. While at the time of Gabby’s bronze medal at the 2020 Tokyo Olympics, he was a part of the celebration made over a zoom call. Gabby is pursuing her studies at present, hence all her earnings come from her profession as an athlete. The contract she signed with New Balance will terminate by the year 2022. Fun fact, the only female athlete to be signed by this company under a professional contract is Gabby. As of now, she holds a net worth of around $200,000.

Also Read: Pawandeep Rajan’s Girlfriend: Who Is The Artist Dating Now In 2021?

Who is Gabi Butler’s Boyfriend? Her Personal Life and Dating History