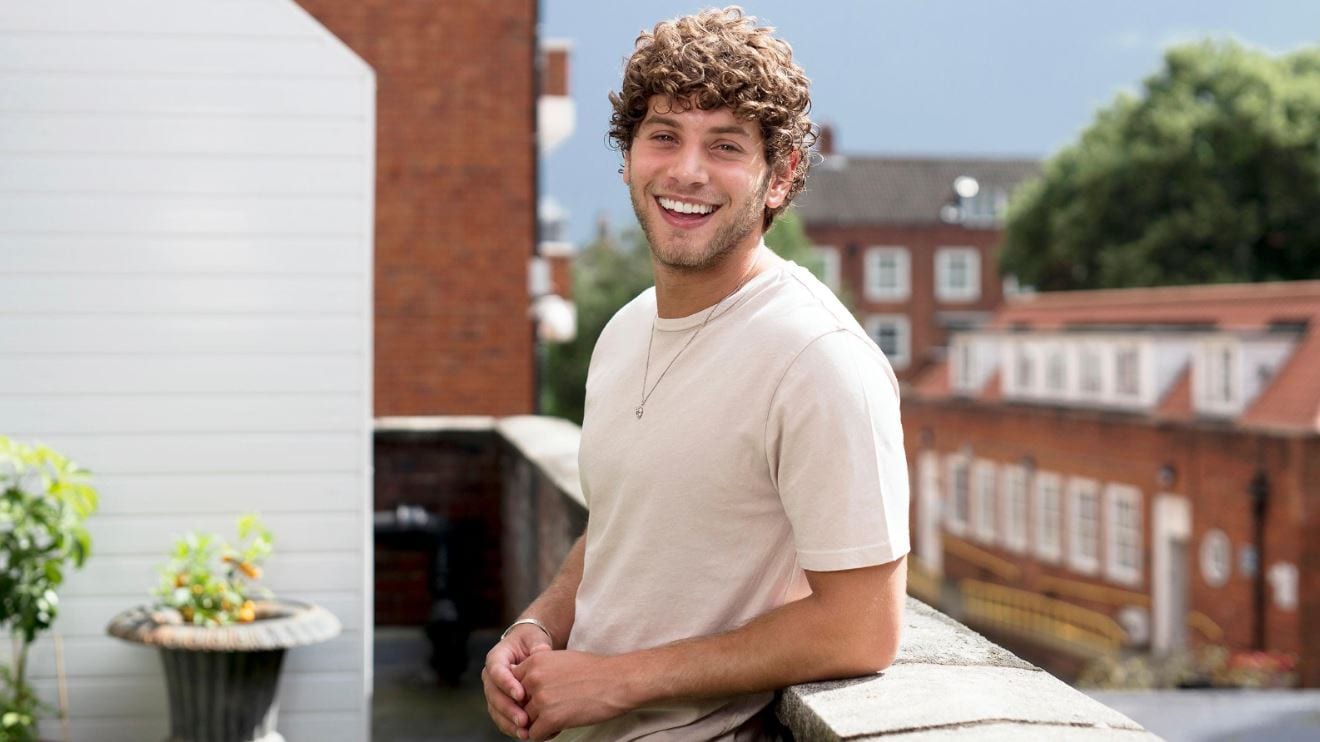 Who Is Eyal Booker Dating? One would start to wonder this as pictures of the Love Island alum appear on the internet. He is in Mykonos, Greece, as he spends a romantic getaway with his girlfriend. Here on his trip, Eyal Booker is seen as toned as ever. It seems like that the pandemic has not affected the star at all. In the meantime, his partner, too, has not fallen behind as both of them look smitten together. Apparently, this getaway was a part of Eyal and his girlfriend’s second year anniversary together, which happened a few weeks ago. The couple spent their time in Chewton Glen Hotel & Spa in Hampshire, England to celebrate their anniversary. But who is Eyal Booker dating? For those of you who are unaware of this, you have come to the right place. Here, we will dig deep into the dating life of Eyal Booker.

Eyal Booker is an alum of Love Island as he appeared on the Season 4 of the dating show. He was ejected from the show on Day 25. But his limited time on the show seems to have done the job as Eyal Booker soon won the hearts of many. He later even appeared on Zara Larsson’s Alternate video for Lush Life. Along with this, he has also appeared on Celebrity X-Factor and multiple Global Fashion Campaigns. He was previously in a band and was actively part of it from age 16-19. After this, he started his modeling career. Soon enough, Eyal Booker got a deal with Adidas. This skyrocketed his career as it helped accelerate his growth on social media.

Who Is Eyal Booker Dating?

Eyal Booker is currently dating Delilah Belle Hamlin. She is the 22-year-old daughter of the famous American Actors Harry Hamlin and Lisa Rinna. And through their connections in the Entertainment industry, Delilah Belle has managed to climb her way into the fashion and modeling world. Starting her career right from when she was in her teenage, Delilah has managed to garner over 1.4 million Instagram followers. Using her influence, the model has also started her in fashion design as she launched her own brand alongside her sister Amelia. This fashion collection is called DNA and is launched alongside LA Collective. 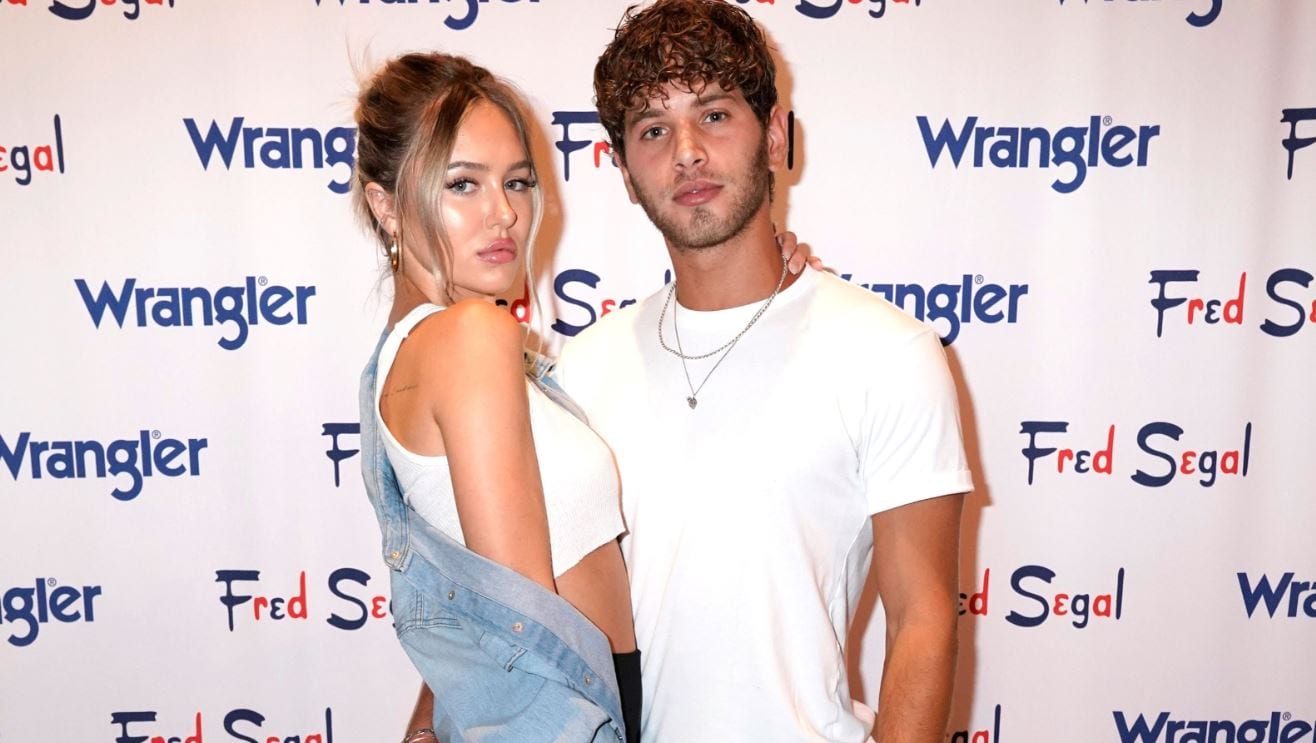 In her career, Delilah Belle Hamlin has done various jobs for multiple companies. After signing on to a leading modeling agency, Delilah cat walked for Tommy Hilfiger and Dolce & Gabbana. She is quite a big deal considering she has even appeared on a campaign for Khloe Kardashian‘s brand Good American. Along with this, Delilah had also made it to the front cover of Vogue Japan. She was once also thought of having a beef with Gigi Hadid. But the rumors were later cleared up by Delilah as she claimed how Gigi was the first person to help her learn how to walk on stage. Delilah has even said publicly how she looks up to Gigi Hadid and Kendall Jenner for her career in modeling.

Also Read: Who is Riff Raff Dating, Is There Anything With Katy Perry?

How Did Eyal Booker and Delilah Belle Hamlin Meet?

When Eyal Booker first appeared on Love Island, he won the hearts of his fans and his future love as he caught Delilah’s eye. After watching the model on the ITV2 dating show, Delilah slid into Eyal’s DMs as she wanted to link up with him. Soon enough, Eyal headed off to California to join Delilah at the Coachella festival. The rest is history as the two started enjoying each other’s company. And just after six months of dating, the couple had fallen in love with each other. 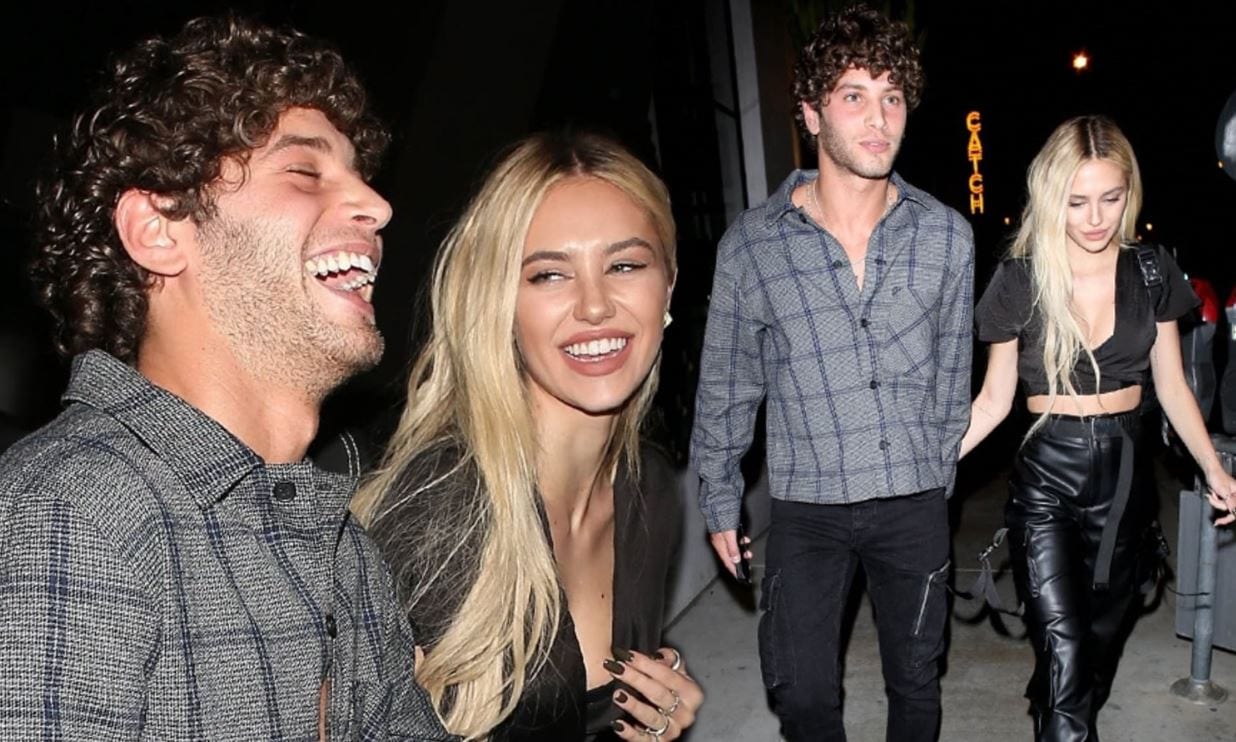 Eyal and Delilah on a date.

As for their relationship as a whole, the couple was once rumored to have a fight. Here pictures of Eyal and Delilah surfaced on the internet as Eyal looks to be roaring at a teary-eyed Delilah. After this, Delilah got back into her car and drove away. Eyal later came online to clarify that the couple was not having a fight. In fact, he was getting some things out of Delilah’s car. During this, he injured his hand, the pain of which lasted for a few minutes. The face of agony that has been circulating all over the internet was caused due to an injury and not a fight. In fact, Eyal Booker claims that the couple has never had a fight.