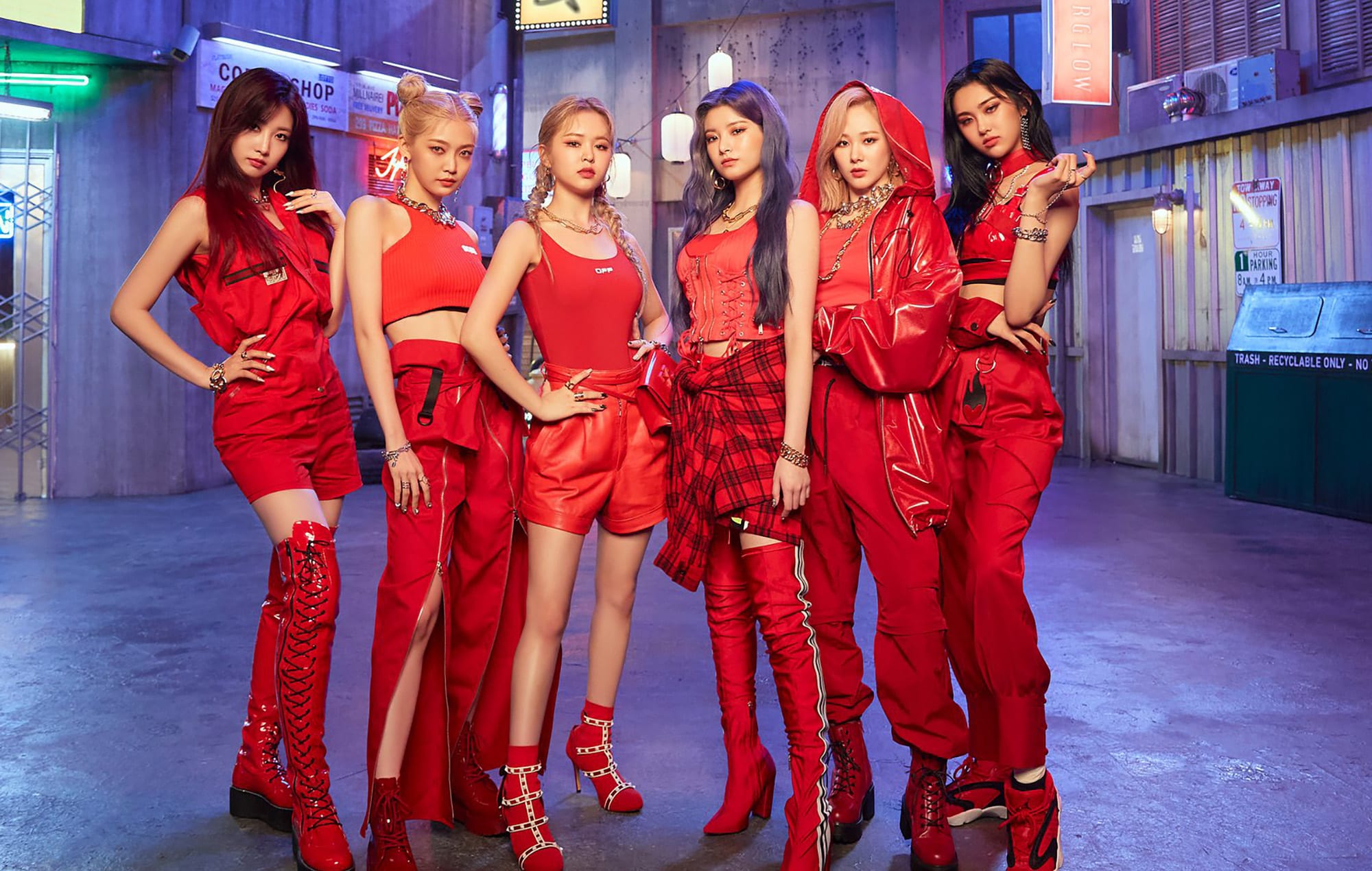 Who is Everglow’s new leader? Well, this rarely happens in the K-pop world, but a Kpop group has changed its leader. Kpop Girl Group, Everglow surprised their fans with their third album, Last Melody. However, that’s not it. They also startled them with the news of changing the leader of the group. Earlier, Everglow’s leader was EU but now the position is given to Sihyeon. In a recent chat, the members of Everglow talked about the change, their new comeback, and also addressed a message to Forever (group fandom name).

On May 25, Everglow made a comeback with their new single, “FIRST.” Also, they organized a fan showcase to celebrate the day with their fans. The group members opened up about their thoughts on the comeback. And the new leader of the group, Sihyeon, also addressed a loving message. Everglow was on a hiatus for eight months. So, it is obvious that their fans were curiously waiting for some new music.

Everglow is a six-member South Korean Girl Group formed by Yuehua Entertainment. It made its debut in 2019 with its album Arrival of Everglow. The sextet includes E.U, Sihyeon, Mia, Onda, Aisha, and Yiren.

They have released a single album, some singles, and three extended plays. They have earned fame with their music both in Korea and overseas. Everglow also released a music video for their new song and it is making everyone drop their jaws.

Who is Everglow’s New Leader? E.U to Sihyeon

During the fan showcase, Everglow also announced that the leader of the group has changed. Eerglow’s new leader is Sihyeon. The title earlier belonged to E.U. It has been two years since they debuted. However, they are making such a big change. But, why?

On the change, Sihyeon said after EU, she has taken the role of becoming the leader for a new change. She said that EU has reliably taken of the members since thier debut. Furthermore, Sihyeon promised and said that she will take responsibility to make sure Everglow members work harmoniously together. Also, she will work on becoming a leader who can communicate. 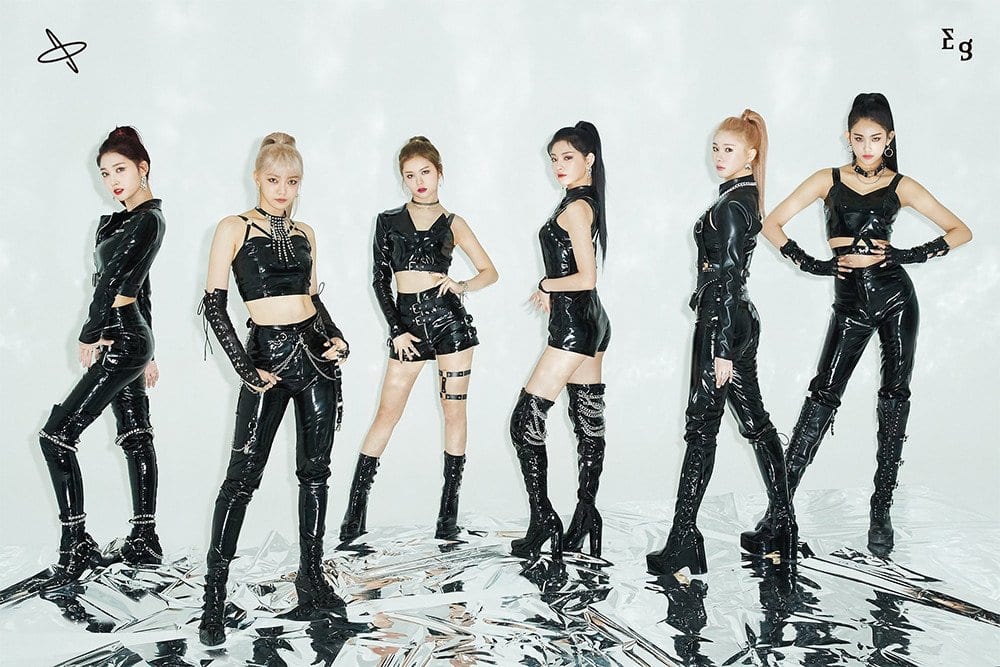 Sihyeon definitely sounded confident and the fans believe that she will fulfill her duties sincerely. Ex-leader, EU also commented on the change.

EU begin and said that being a leader wasn’t hard for her. She said that she believes in Sihyeon and knows that she will do well.  EU further thanked the fellow members for following her so well until now. And she promised to stick by thier side in the future as the oldest member.

“Thank you for looking on us lovingly and supporting us. We’ll work to become singers you feel proud of. Please don’t go anywhere, and stay here with us.” EU said in the end to her fans.

EU clarified earlier that she did not have the strength to carry on as a leader. And that is why she passed on the responsibilities to Sihyeon.

Despite the big change in the group, the fans do not seem to make a fuss about it. Instead, they are focusing more on the new comeback.

Everglow’s latest album, an EP, Last Melody, came out on May 25, 2021. The group also released an MV for its title track, “FIRST.” It has not been a day, and the MV has reached almost 10 million views.

During the show, EU thanked her fans for waiting for the group so earnestly. She said that they have prepared hard preparing for the comeback. Sihyeon took over and said that it feels like a dream, and she cannot believe that their album has released. 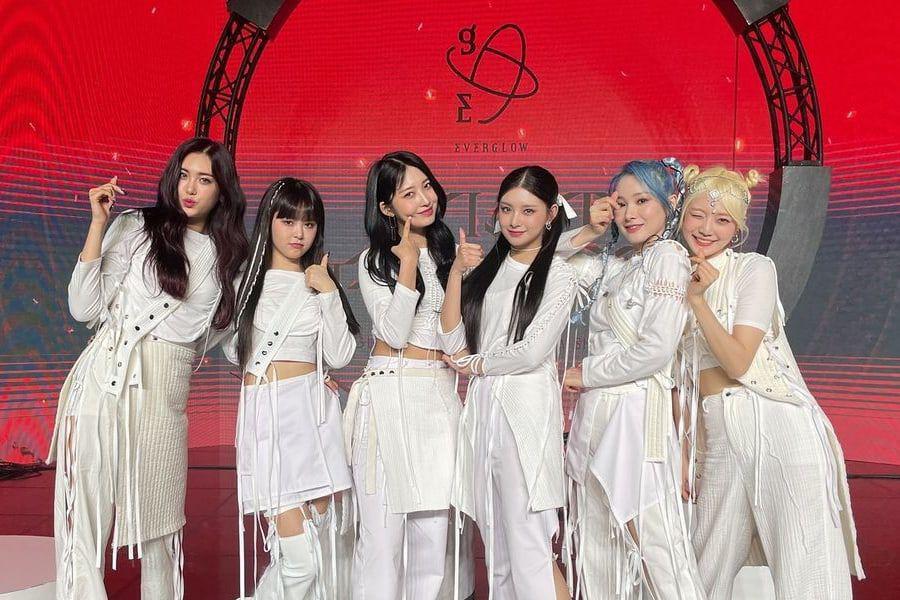 She said that she feels apologetic and thankful towards all the fans, who have been waiting for them for eight months. In the end, Sihyeon said that the performance is for their FOREVER and she hopes the fans will like it.

Everglow members revealed that they have been working day and night for their dance performances. They described their new performance as “irreplaceable.” The Yuehua Entertainment Girl Group said that they have put together everything using every last drop of their energy.

Well, their hard work is appreciated by the fans and netizens. And the proof is in the comment section of Youtube. You can watch the video down below.