Shameless star, Emmy Rossum is known globally for portraying Fiona Gallagher in the hit series. Rossum has gained a lot of fan following, and her fanboys are everywhere. The 34-year-old actress began working from a very age. And this is the reason why most of us have seen her through her youth as well as adult years in the news. Besides her professional life, Rossum has been famous for her love life as well. The actress and singer have dated a couple of men from the industry before settling with his prince charming.

Yes, the actress is off the markets for years now. However, with our frequent reruns of the show, we can’t help but wonder with who all the talented actress has been with. Also, the new fans would like more about the star. So, let’s find out more about, Who is Emmy Rossum dating? 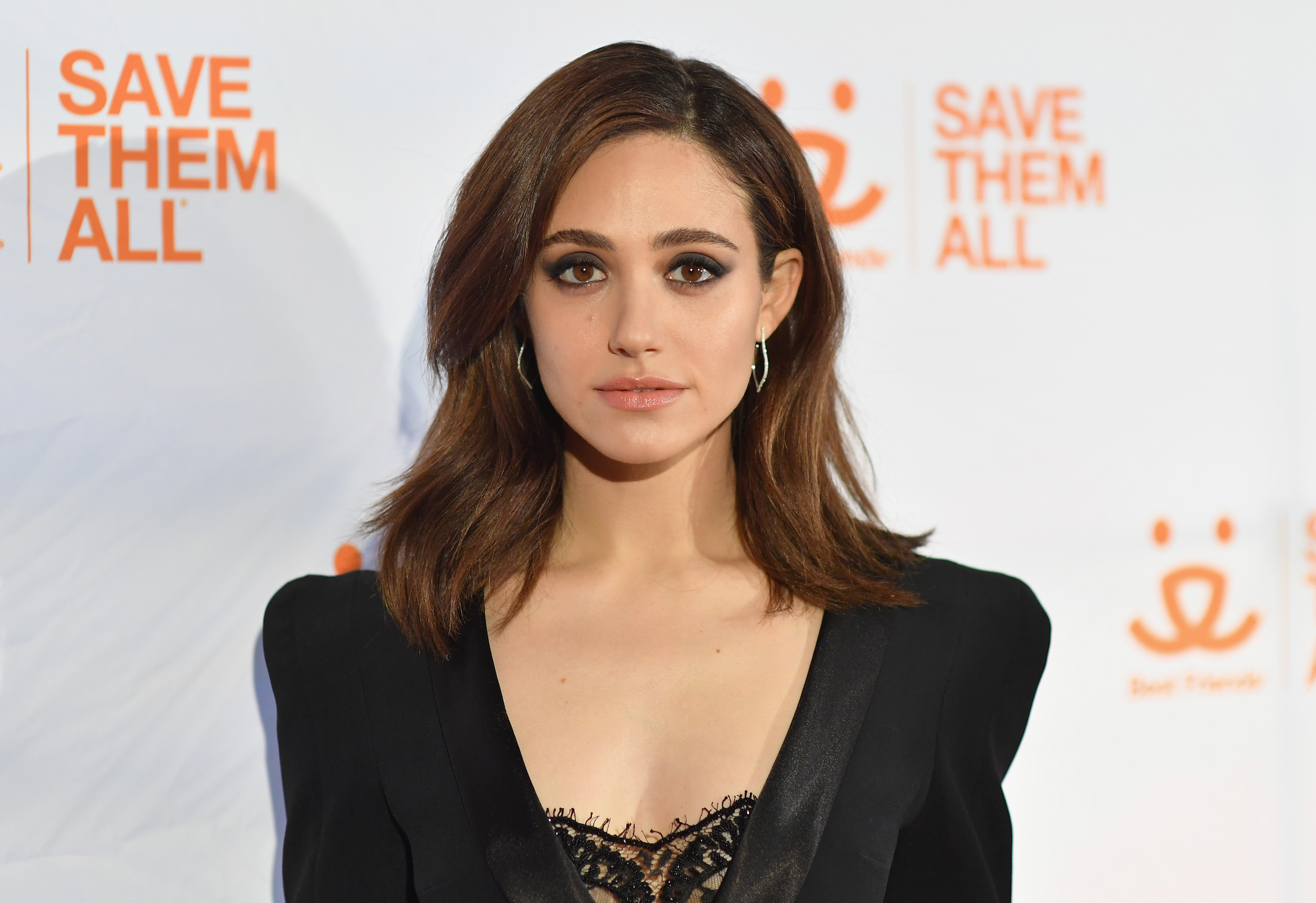 Emmy Rossum is an American actress and songwriter who grew up with her single mother. Rossum began her acting career in 1997, appearing in the daytime soap opera, As the World Turns. At 13, she appeared in the film “Songcatcher,” which brought her several accolades and appraisals. After that, her popularity started to rise, and Rossum appeared in many other films before getting the lead role in Showtime’s comedy-drama, “Shameless” in 2011. Shameless ran for 10 years and is surely Rossum’s biggest project.

As for her relationship and personal life, Rossum has been married twice. Currently, she is married to Sam Esmail. Esmail is a producer, director, and actor, known for the hit series “Mr. Robot” starring Rami Malek. So, let’s know more about Rossum’s marriage with Esmail.

Who is Emmy Rossum dating? Is she Married?

Emmy Rossum and “Mr. Robot” creator started dating in 2013, and the couple tied the knot in 2017. According to sources, Esmail and Rossum first met on the set of “Comet.” The couple got engaged in the following year, and after dating for the other 3 years, they had a wedding of their choice.

So, who is Emmy Rossum’s husband? Sam Esmail may not appear in from t of the camera more often, but he definitely does wonders behind one. The producer, director has worked on some famous projects like Comet, Mr. Robot, and Homecoming. Esmail has also been nominated for Primetime Emmys for his work. Moreover, he earned a Writer’s Guild of America award for his work on Mr. Robot.

Earlier, Esmail opened up about his childhood. Being an Egyptian American and Muslim, he mentioned that he was bullied by his classmates in school. But, he made his out of there, and now he is a renowned producer in the industry, and he also got the girl of his dreams. Esmail has almost 100k followers on Instagram, and though he doesn’t post much, he shares several pictures of Emmy.

The couple has no kids at the moment. Moreover, they have not commented on their plan of when to have kids. All we know is that the duo is going strong, and we hope they stay together for the rest of their lives.

Before meeting and getting married to Esmail, Rossum dates quite a few men from the industry. The actress has been married once as well. Starting with the first-ever link, in 2007, Emmy was rumored to be dating Captain America star, Chris Evans. However, no news was released to confirm the following statement.

In the same year, she met music executive Justin Siegel. The two got married in February 2008. But, after a year of marriage, they filed for divorce. The exes stated that the reason behind their divorce is irreconcilable reasons. No official reason has been made by the couple.

In 2010, Emmy dated Counting Crows member, Adam Duritz. The couple dated only for a year before parting ways in 2011. Soon, Rossum began dating her Shameless co-star, Tyler Jacob Moore, who plays Tony Markovich on the show. The romance between the two ran for 2 years before the couple decided to break it off in 2013.

Finally, in 2013, Rossum met Esmail, and her relationship with the producer is her longest relationship she has ever been in. The duo has been with each other for 8 years now.