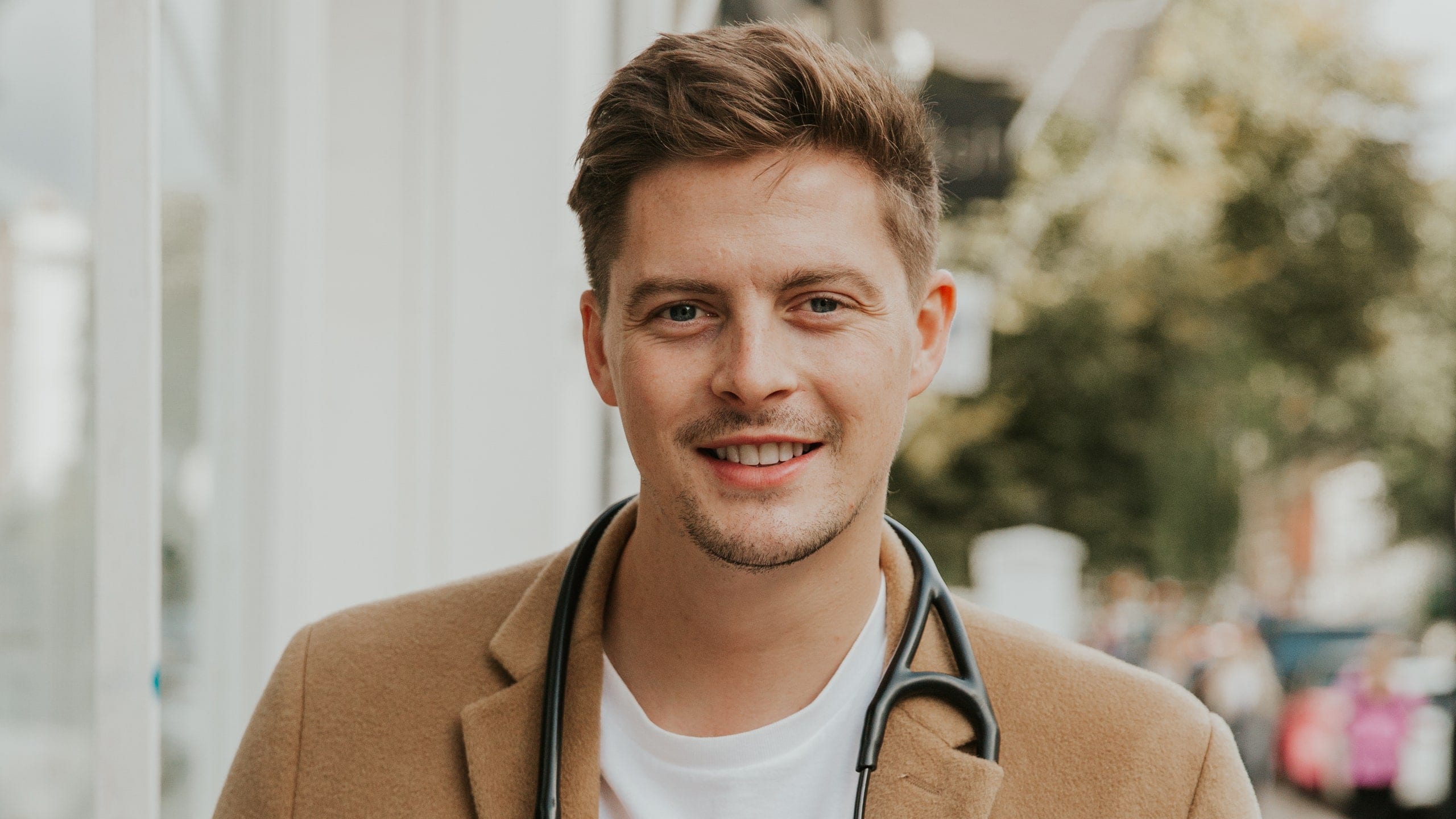 Many celebrities and television personalities in this era belong to a simple family. Likewise, they are famous for their work outside the film industry. Yes, these people are getting popularity for their off-screen work. Likewise, one of these people is being discussed in this article. You might be thinking who are we talking about. Well, we are talking about none other than Dr. Alex George. The famous television personality Alex.

Alex George is a Welsh physician. Likewise, he was a part of Love Island. Currently, George works as the UK Youth Mental Health Ambassador. He works under the Department of Education. Since his appearance on the reality show, George has become a popular name. He gained his share of fame in the year 2018. Since then, Alex’s life has been under the radar. Like every other celebrity, the paparazzi are curious about his life as well. As a result, they have gone snoopy to dig out information about Alex. 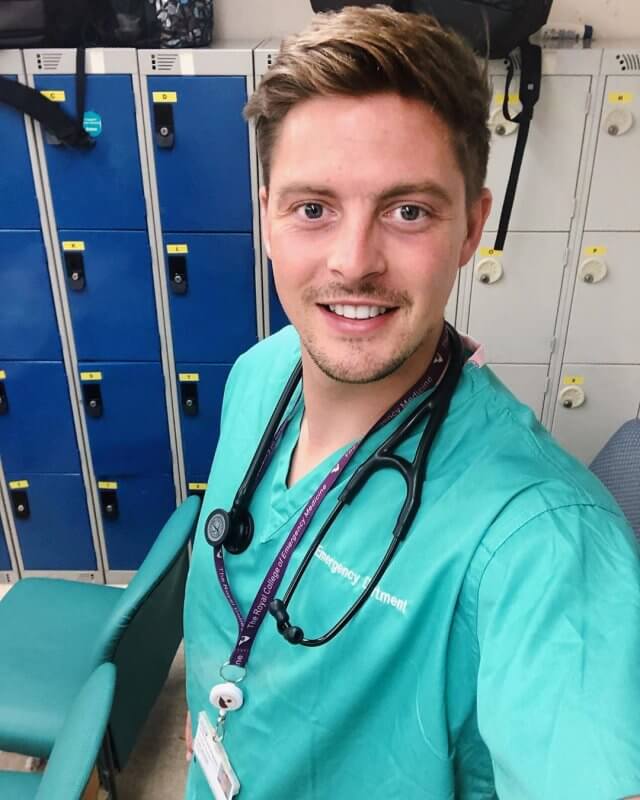 Recently, Alex made a huge revelation about his life. It turned out a boon for the gossip-mongers. Likewise, his fans have got a new topic to discuss on. Alex has been posting various photographs from his vacation. Interestingly, he is not alone. He was seen with a mysterious girl. Since then, the netizens have started a search for the girl Likewise, they are curious to find out more about Alex’s love life. Therefore, in this article, we will talk about who is Dr. Alex George dating. Likewise, we will lift the curtains from his personal life. Here’s what we know about the issue.

Who is Dr. Alex George dating?

Alex was a part of the famous reality show Love Island. He joined the show in the year 2018. Since then, he has become a prominent figure in the industry. Likewise, he joined the government’s initiative for mental health. As a result, Alex has fallen under the radar of the netizens. The physician is closely related to mental health issues. Likewise, his personal life says it all. Therefore, the netizens are curious about finding out more details regarding his love life. Seems like they have got something to hold on to. 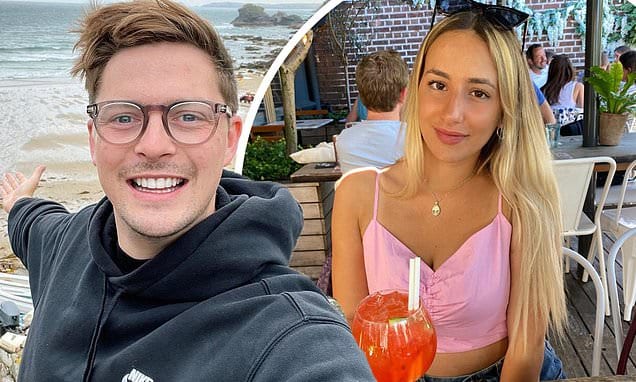 Alex was seen vacationing with a mysterious woman. They both were spotted together in Cornwall. Since then, people are searching for information about this lady. Well, we know who she is. Alex is currently dating Ellie Hecht. Ellie is the barristers’ clerk. The duo is speculated about being together for six months now. However, they are yet to confirm their relationship in the public. As of now, they were spotted together. Likewise, Alex was reported to liking Ellie’s posts on Instagram. Both of them were posting pictures and stories from the same place. Likewise, their stories were somehow identical. 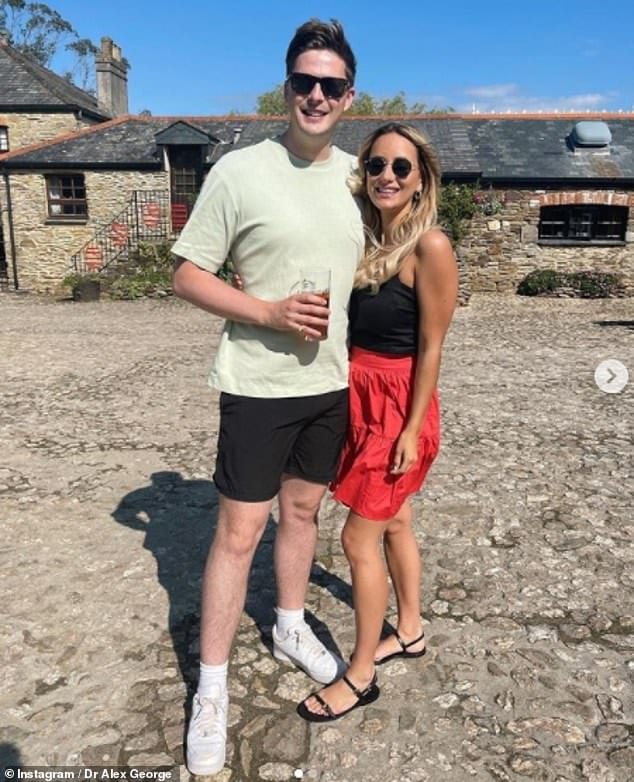 Alex George posted a picture with Ellie on his Instagram

In the latest story, both Alex and Ellie tagged the same seafood restaurant. There were many similarities and loopholes. As a result, their relationship was not able to remain a secret anymore. Likewise, it was unable to hide the bond from the eyes of the netizens.

Alex was born on 15 February 1991. He hails from Carmarthen, Wales. Alex is the oldest child in his family. He completed his studies at the University of Exeter. By profession, Alex is a physician and wants to be a trained general surgeon. After being a part of Love Island, Alex has been a famous television personality. Likewise, he has made appearances on various shows like “Loose Women” and “Good Morning Britain”. There he talks about mental health. Dr. Alex held the office of the “Youth Mental Health Ambassador” in February 2021. 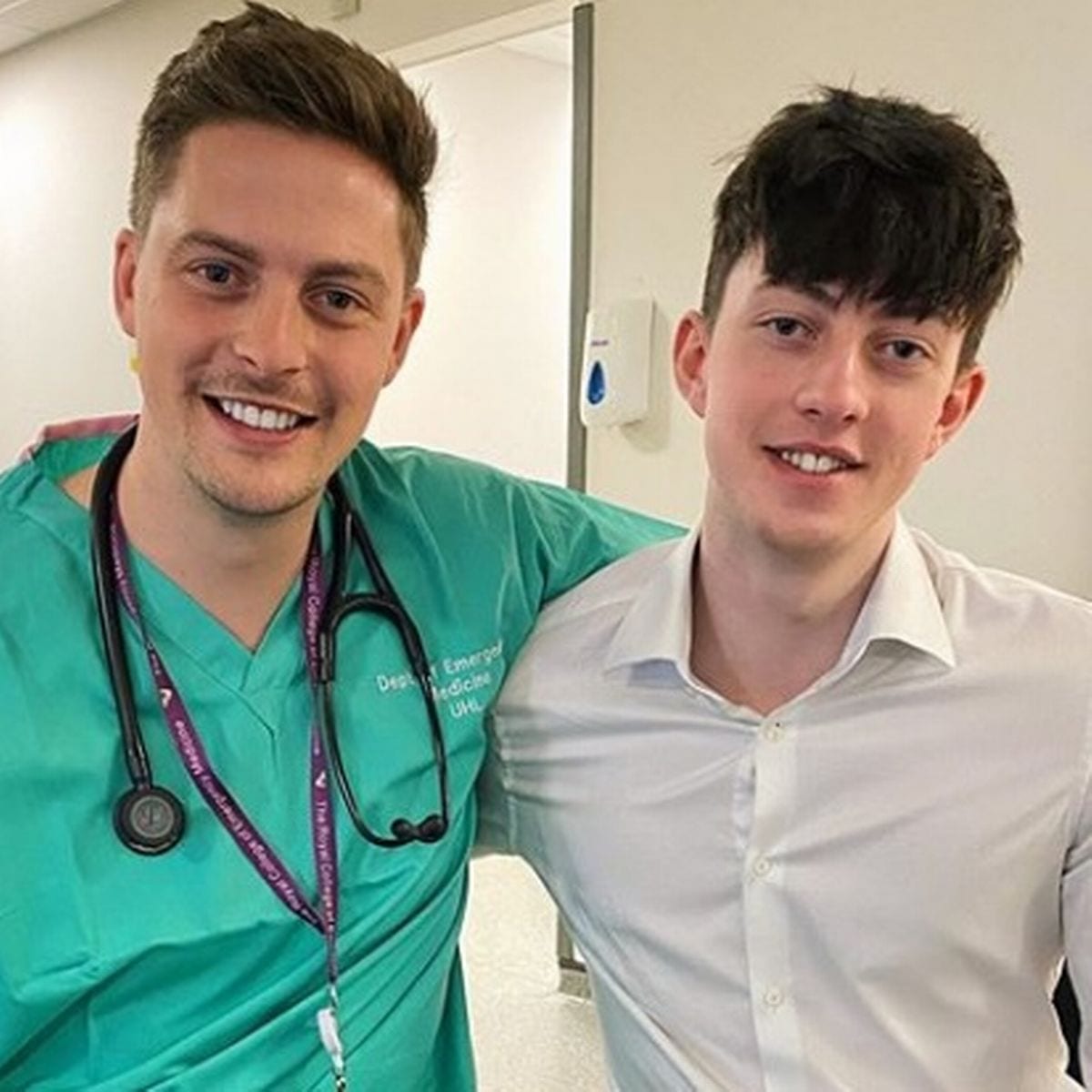 Alex with his younger brother

In July 2020, Alex’s family undergone a serious situation. His younger brother Llŷr committed suicide. As a result, he urged the UK government to look into the suicidal problems. He emphasized the mental health issues among the younger generation. In the meanwhile, Alex launched a campaign in this regard. Since then, George has been in a tough spot. According to his family, the new relationship with Ellie Hecht has helped him a lot. Because of her, Alex was able to cope up with his brother’s suicide. Likewise, he can be seen grinning in his pictures.