Who is Devin Haney’s Girlfriend in 2021? Career & Dating History 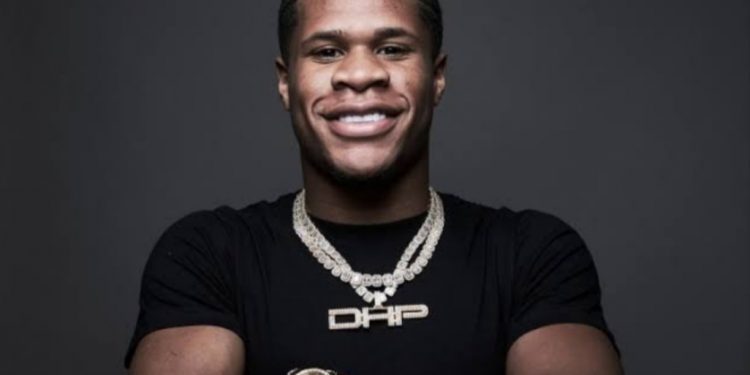 Who is Devin Haney’s Girlfriend in 2021? Those who love boxing are way much interested to know who is he dating. And those who don’t know must be initially figuring out what is he famous for. Well, starting from the basics, Devin Haney is an American famous professional boxer. He is known worldwide because of his notable boxing skills. As per the Ring Magazine and BoxRec, Devin Haney has ranked fourth under the category of the world’s best active lightweight. Not only that, but he has also peaked at number five in the same category by ESPN. To date, he has played 27 boxing matches and surprisingly, has won all of them. We shall talk about his boxing details in the later section of this article.

Devin Haney’s dating life has been colorful as he has dated more than a couple of women. This made the fans more curious to know who the boxer is dating at present. For more details about Devin Haney’s Girlfriend, boxing career, and past relationships, you must read this article and stay with us till the very end.

The versatile, talented American boxer, Devin Miles Haney, was born on 17 November 1988, which makes him 23 years old in 2021. He was born in San Francisco, California, United States. Nothing about his mother is known, but his father is Bill Haney with whom he has relocated to Los Angeles.

From a very young age, Devin Haney was passionate about boxing. Since 2019, he is holding the title of lightweight. He has grown into prominence, considering his amazing boxing skills and winning all the matches he has played to date. Talking about boxing matches, Devin has played 27 matches in all and has won all of them (to be more precise, 15 matches by knockout and 12 matches by decision). Considering the records of Ring Magazine and BoxRec, he is the world’s 4th best active lightweight and also ranked 5th in the same category by ESPN.

Also read: Who is Amber Lancaster’s Boyfriend? Who Is The American Model Dating?

Who is Devin Haney’s Girlfriend in 2021? Dating History

Moving on with Devin Haney’s Girlfriend in 2021, he is currently dating India Love Westbrooks. Those who aren’t aware of her original identity, she is an Instagram beauty holding more than 5 million followers on the platform and is also a famous social media personality. She was born on 3 February. The couple started dating each other at the end of July 2021. Currently, she is 25 years old, two years older than her boyfriend, Devin Haney.

In an interview, they revealed that they were just friends and maintained their friendship over social media. But now, both of them have made it to the public and never fail to showcase their love for each other by posting pictures on social media. India Love also shared a video on Instagram which portrays her receiving a bunch of roses from her boyfriend, Devin Haney. Also, they claimed to know each other since they were 16 or 17 years old. She calls him ‘Her Man’ as she gushes over him. Overall, Devin Haney is happily and romantically related to the love of his life, India Love.

Now, talking about his past relationships, the boxer has dated several women. Starting from the very beginning, he dated Aileen Gisselle and Kris Summers. In 2021, she was engaged to Jania Jackson. Not to forget to mention a rumor of him getting hooked up with Blac Chyna in 2018. Wishing him good luck for the rest of his career as he is too young and has loads to achieve in the future.

Molly Mae and Tommy Fury Break Up: Is The Couple Calling It Quits?