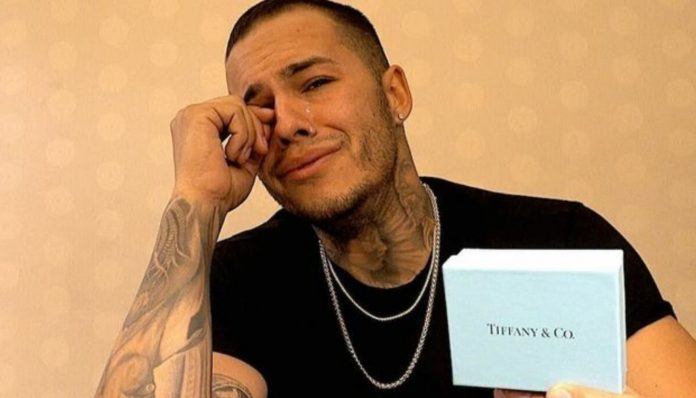 Here, we will cover who Derek Deso’s Girlfriend is. What do we know about the social media star’s love interest and career? Starting from the basics, Derek Deso is gaining massive prominence with his self-titled Youtube channel. Most of his videos are based on funny pranks, and people do enjoy the way he does. He is very much active on the platform and posts everything from extreme eating challenges to rants about “annoying girls.” Besides this, he also runs another Youtube channel which goes by the name “The Boogy Show.” Even here, he posts comedy content featuring a mixture of juvenile parodies and pranks. Derek Deso usually conceives of his pranks with his lover and close friends.

Besides his versatility in the world of social media, fans are interested to learn the details of Derek Deso’s personal life. Well, you will be happy to know that Derek isn’t just dating but is already married to the love of his life. It’s been several years that they have been together. Moreover, he is also a father. Knowing this, you must be more curious about his relationship. Dig into this article to learn more about Derek Deso’s Girlfriend.

Who Is Derek Deso’s Girlfriend?

Talking about Derek Deso’s Girlfriend, she is Sophia Turner. In case you are wondering, Sophia is also a great Youtuber and fashion enthusiast. She addresses herself as “Lash Tech, Hair Stylist & Salon Owner.” Besides creating content for her Youtube channel, she designs eyelashes and showcases them on her Instagram account.

Derek and Sophia started dating each other at the beginning of 2019. After dating for a year or so, the love birds ended up tying the knot on 12 September 2020 in the presence of family and close friends. Their wedding took place in Los Angeles. They maintained secrecy about the date of their marriage and finally revealed it in July 2020. At times, their relationship appears to be threatening in the videos. But that’s not the reality. With Sophia, Derek leads a healthy relationship. Once, Sophia told him that she was pregnant with another man. Even though Derek reacted and got mad, it was a prank. For this, Derek, in turn, told her that he was cheating on her. But, guess what? It was a prank too. Sophia was about to call off their wedding.

In December 2021, Derek Deso and Sophia Turner were expecting a child. But, they lost their baby at the beginning of this year. That was not just disheartening to them as parents but also to their respective families and to us. The duo was frustrated but still shared to try for one more time. Taking a note of this, they said, “It may not happen to us forever,” the couple said, “I think what made this really hard is just because we’ve tried for so long. We just happen to fall into that 20% of people that have miscarriages. If it happened again, then I’m just going to assume that God just doesn’t want us to have kids together.” From his past relationship, Derek shares a son named Quincy. Even if Sophia is his stepmother, she is friendly, caring, and friendly to him.

This year, on Valentine’s Day, Derek surprised his wife, Sophia, with loads of gifts, including cute teddy bears and red roses. Another good thing he did was decorate Sophia’s car with one thousand roses. Indeed, Derek is a romantic person. He said, “I wanted to surprise you because I love you.”

For more highlights, you may follow Derek Deso on his Instagram account, having 223K followers at present. Also, his Youtube channel, where he is active the most. The channel with the name ‘Derek Desodaily’ has accumulated over 2.58 million subscribers. Do check out the video below and make yourself laugh out loud.

While his other channel, ‘The Boog Show’ has more than 538K subscribers. Are you one of them? If not, then what are you are waiting for?

Best Wishes to both Derek Deso and Sophia Turner for the upcoming days of their life. We are eagerly waiting for the fall of their next hilarious funny video.