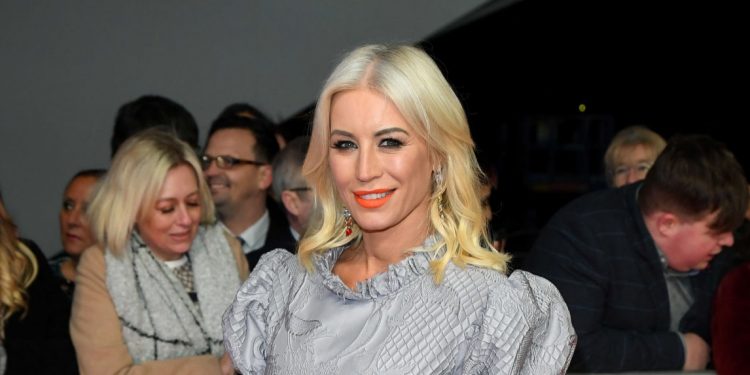 Denise van Outen is an English performer and panelist on TV shows. She was a well-known personality in London’s theatre community. Outen had her theatrical debut when she was a child, and by the time she was a teenager, she had moved on to television. After starring in The Big Breakfast, she rose to popularity as a TV show host. Who is Denise Van Outen’s Boyfriend? Well, we will discuss the same subject. Johnny Vaughan, her co-host of the show, and had a long-standing professional relationship. She has judged various singing and acting competitions as a panelist. Outen has also served as a judge at beauty contests. Outen eventually moved into filmmaking and had some success. On the popular dance reality show Strictly Come Dancing, she came in second place.

Denise van Outen was born Denise Kathleen Outen to Ted and Kathleen Outen on May 27, 1974, in Basildon, Essex, England. Terry, her brother, and Jackie, her sister, are her older siblings. When Outen was seven years old, she earned a modeling contract for knitting patterns, which aroused her interest in acting. She went on to the Sylvia Young Theatre School after that. She eventually changed added “van” to her birth name to make it sound more fascinating. Outen contributed to the collection of T-shirts and vests for the Little Tee Campaign for Breast Cancer Care. She also supports Comic Relief and the Great Ormond Street Hospital. She climbed Mount Kilimanjaro in 2009 as part of a Comic Relief fundraising event. Outen is a columnist for the weekly newspaper The Sun’s supplement The Source, where she writes the entertainment gossip column Denise the Menace.

Denise announced on Friday, January 8, 2021, that the couple had split up following what she described as months of rumors. Following seven years together, Denise took to Instagram on Friday evening to reveal that they are no longer a couple. Denise and Eddie, both 47, had children from prior marriages when they first met, and for the past seven years, they have been a family of five. Denise had planned to marry Eddie this year, but after learning that he had been exchanging vulgar texts and conversations with women he met online and hooking up with another for covert dates, she asked him to leave their house.

Who Is Eddie Boxshall??

Teddy Boxshall, also known as Eddie Boxshall, was born in 1974 and starred on the British TV show Celebrity Gogglebox, as Channel 4’s Goggle Box series, where he battled with derivative tools before working as a product dealer. However, he did not dampen his passion and instead pursued a career in another industry. Eddie Boxshall graduated from high school with honors and went on to university.

Boxshall has decent height and body measurements, as well as respectable body weight for his height. Eddie Boxshall has been attracting a lot of interest from Facebook, Instagram, Twitter, and YouTube in recent months, with thousands of active followers. He was once accused of sending hundreds of emails to his personal email account containing customer information, but Boxshall disputes the allegations and is claiming for unfair dismissal, telling an industrial tribunal recently that “something was cooking to get me out of the company.”

Denise had also been linked to Lee Mead in the past. Van originally walked down the aisle in 2009 to marry her daughter Betsy’s father, Lee, 40, but the couple divorced in 2013. In April 2009, the former couple wedded in Seychelles. He won Any Dream Will Do in 2007, and she was a judge on the show at the time. After marrying in 2009 and welcoming their daughter Betsy, the couple had been married for four years.

From 1998 to 2001, the celebrity who narrates The Only Way Is Essex dated Jamiroquai lead singer Jay Kay, 52. Denise previously had a relationship with 52-year-old actor and filmmaker Nick Moran in 2001. Van then dated nightclub entrepreneur Richard Traviss from 2003 to 2005, and the two even got engaged during their relationship. Denise van Outen was also involved with controversial pop artist Gary Glitter in 1991. Andy Miller, a guitarist, was her boyfriend in 1996.