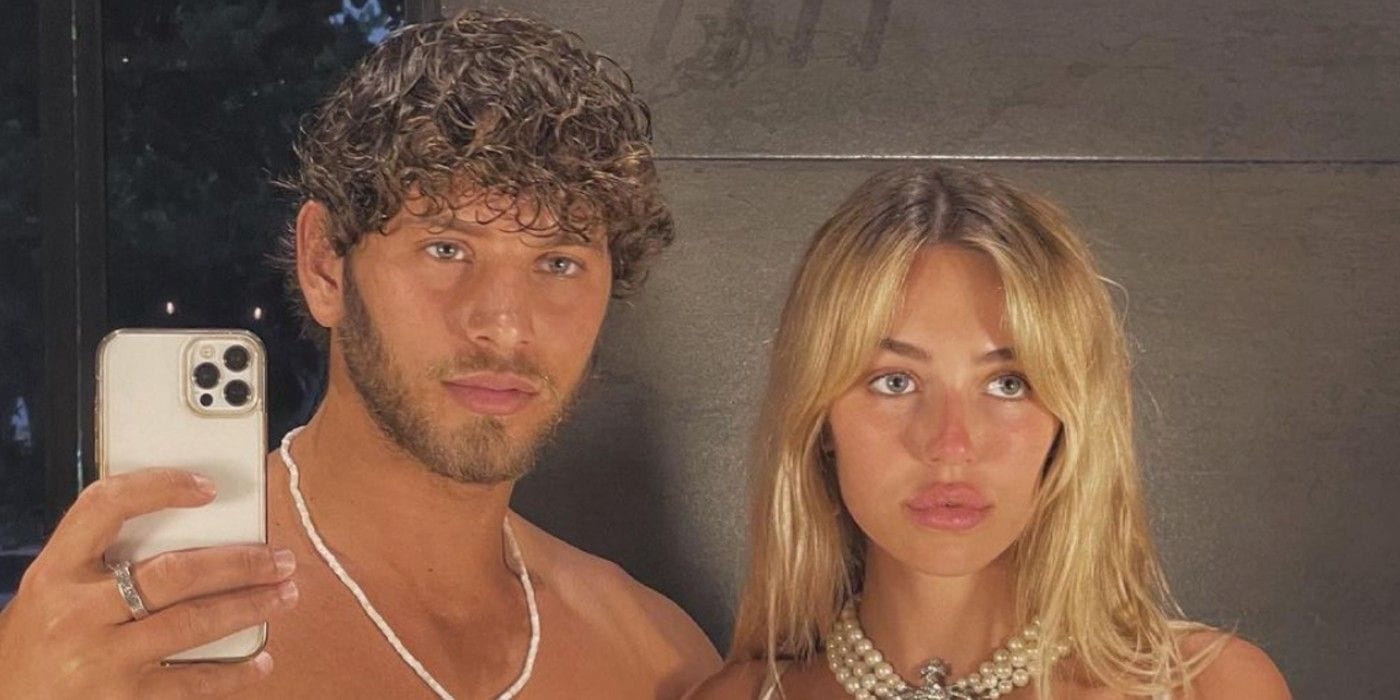 Lisa Rinna’s daughter Delilah Hamlin, one of the Real Housewives Of The Beverly Hills, is in love again. The question is, who is Delilah Hamlin dating? Delilah is a model, social media influencer, and clothing designer. Delilah and her sister both worked very hard and launched their own clothing line named DNA. She is pretty and smart, and who would not like to date a girl like her. But every assumption is put to rest by one question who is ruling Delilah’s heart. Lisa has mentioned her daughter a lot of times, and she wants what is best for her. Lisa said she wants her daughter to be happy and self-sufficient.

However, every mother wants what is best for their children, and she has discussed Deliah’s love life very often. She has confirmed that Delilah is not single. And she is very happy that she finally found someone who can completely understand her daughter and keep her happy. She said they maintain a balance in each other’s lives and are best for each other. She also said that they looked adorable together. Lisa added to her statement that her daughter is famous and successful, so many boys might date her to use her money and name, but she is happy that she found someone who is different.

Lisa has been seen on facetime with her daughter and her boyfriend. Where she saw her daughter happy with her man. We can’t say for sure, but we will sniff a forever or a marriage.

Who Is Delilah Hamlin Dating?

Delilah Hamlin is dating Eyal Booker, a contestant from Love Island. They started dating in 2019. Then Delilah’s sister used to binge-watch the Love Island. And she was rooting for Eyal. When she noticed Eyal’s behavior closely, she told Delilah that he was the male version. After taking her sister’s advice, Delilah thought of texting Eyal, and then two of them were smiling a lot, looking at their phone. After few months, they finally started dating. The couple constantly posts about each other. And they are pretty serious about each other as their families are involved.

They have completed two years together, and things are going quite flawless as there hasn’t been any news of breakups or any controversies. And if there are any rumors about the couple, they come up to clean the air and keep their fans posted. As in the 2020 pandemic, a lot of couples called their relationship off. It was expected of them to break up, but they survived the lockdown and the pandemic. Which proves they are solid and their love is real. The couple also went to the Coachella together. And it is an unsaid law that the couple that goes to Coachella together stays together.

Who Is Delilah’s Boyfriend Eyal Booker?

Delilah’s boyfriend, Eyal Bokker, is a social media influence and a model. He struggled for 11 years before he was recognized as a model. He is a self-made model and is doing quite well in his line of profession. He is managed by Full-Circle Model Management. He was also part of a band named EverYoung. He said in one of his interviews that their band’s success was very short-lived. They toured for a while in 2012 and nothing more than that. So, this hottie can sing too. Eyal has also appeared on X Factor but couldn’t make it too far.

Delilah And Her Boyfriend Anecdote

Delilah Belle Hamlin shared the picture with Eyal. With an anecdote in the caption that said She would not lie. The picture was taken from the camera timer, and the waiter said that he didn’t offer to click the picture for them because they were having a lot of fun while clicking themselves. In starting of 2021, the couple was seen fighting in a parking lot. It seemed like Eyal was shouting at Delilah, and she was crying. But the couple cleaned the air by saying that they were not fighting, and Eyal hurt his hand very badly while he was taking bags of clothes out of the car trunk.

So he was in pain, and she was trying to comfort him. She said she might seem stressed because Eyal was yelling out of pain, and she just wanted him to be steady so that his hand could get some rest. Things seemed like Eyal was pushing Deliah away from a distance, but he was in pain in reality, and he was not allowing her even to touch her hand because he was hurt. Things are not always the way it seems so don’t be too hard to judge the book by its cover.