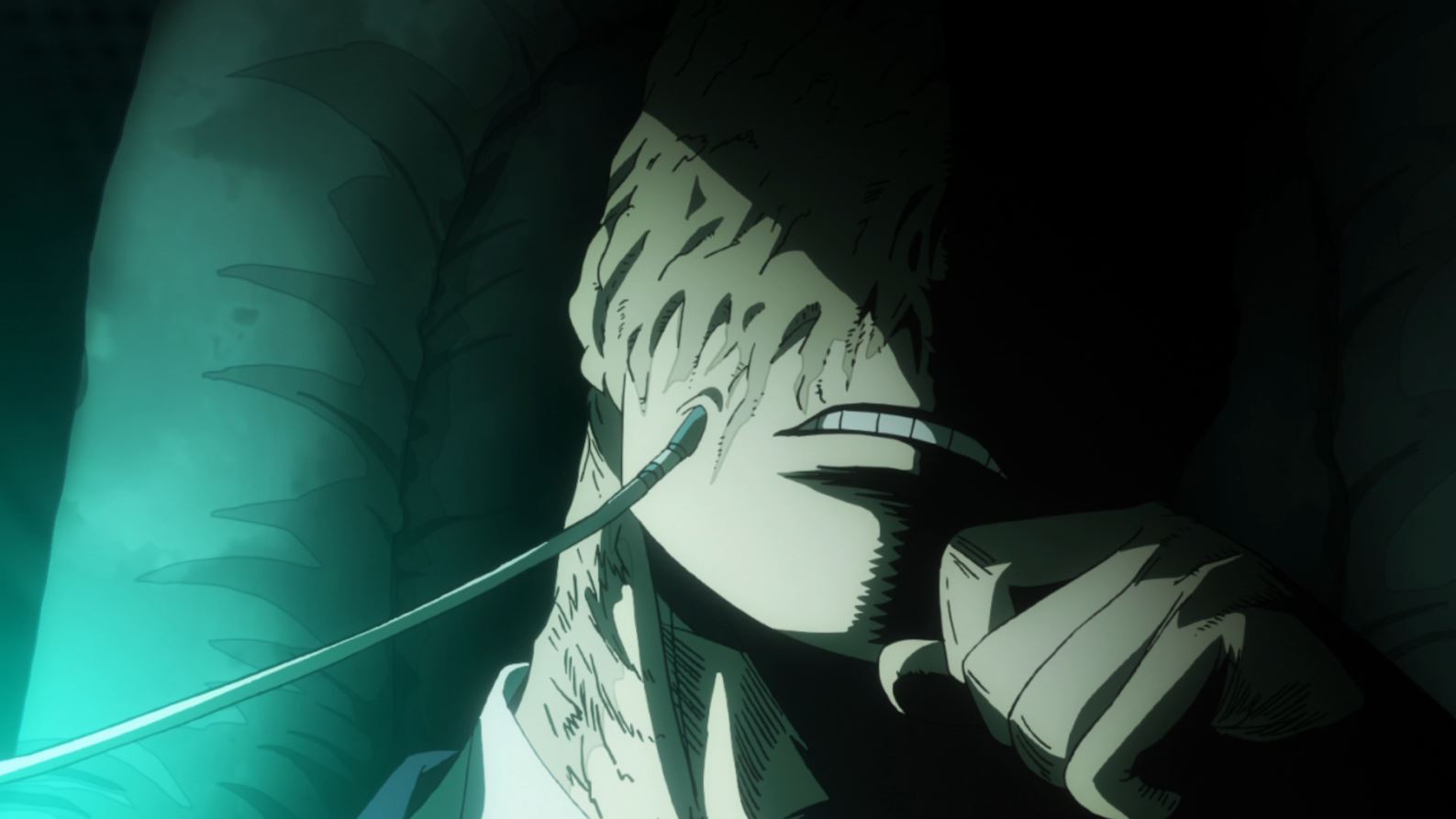 Who is Deku’s Dad? This a question we all have wondered as we started to witness the story of the young boy, Midoriya Izuku. My Hero Academia is a wonderful story of a quirkless boy born in a world where the majority of the population is born with a quirk. Quirks are special powers that one is usually born with. These usually tend to be hereditary, even so, Izuku received no quirk. Or did he? With some revelations that have been made, there is a possibility that all which has been stated till now could be a ruse. Here in this article, we will discuss, Who is Deku’s Dad and the details revealed about him. Other than this, we will even explore the possibilities of his true identity and the reasons why.

Throughout My Hero Academia, we have seen Izuku’s mom, Inko Midoriya, on various occasions. She has been the one to worry about Izuku whenever he would be in danger. Moreover, she has even tried to stop her child from further endangering his life. Luckily, for Izuku’s dream’s sake, he had a father figure in his life in the form of Toshinori Yagi “All Might”. He convinced Inko to let Izuku resume his studies and training in UA. While it is a relief for the fans that Izuku does have a model figure in his life, what about Deku’s dad? What does he think about Izuku’s dream? Does he even care? Does he even get to know what happens in his life? From the looks of things, either he doesn’t, or he simply doesn’t care enough. Nevertheless, Who is he? And where is he right now?

Who is Deku’s Dad? 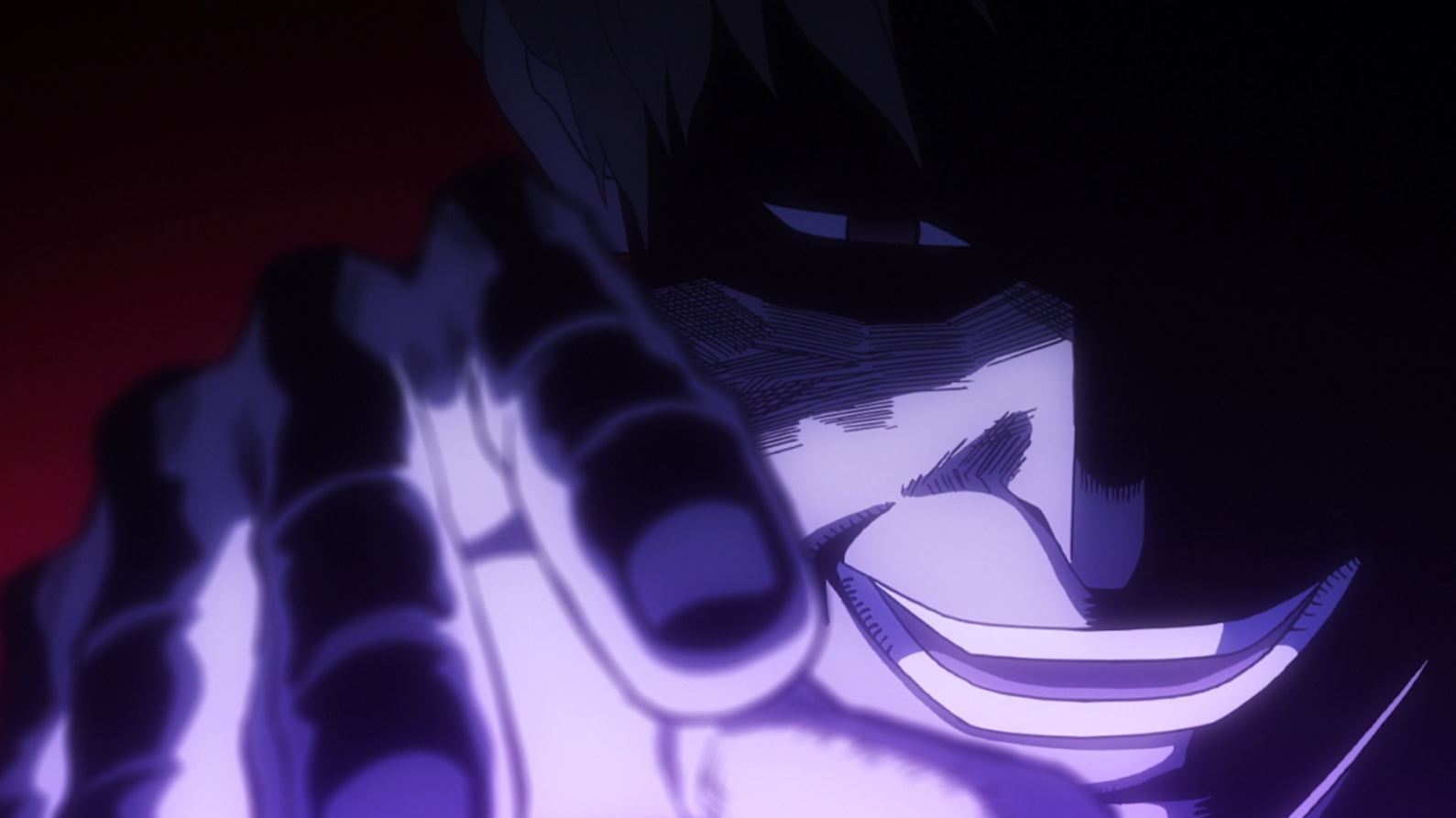 Deku’s father’s name has been previously revealed to be “Hisashi” Midoriya. The name “Hisashi’ in Kanji means “a long time ago.” This is a reference to the Japanese phrase, “Hisashiburi.” Hisashiburi means “it’s been a while (since I last saw you). The name “Hisashi’ itself is an indicator of the impending absenteeism of Izuku’s father in the story as well as his life. It is astounding how many shounen anime protagonists have a missing father. These range from Goku, Naruto, Gon, etc. But almost in no way are these fathers who are later revealed in the story anywhere close to unimportant. Goku’s father was Bardock, a Saiyan scientist who rebelled against Freeza. Naruto’s father was the Fourth Hokage, Minato Namikaze. While in the case of Gon, the whole story is prominently based on Gon’s hunt for his Hunter father, Ging Freecs.

So, there is hardly a chance that Izuku will be an exception where his father will be revealed to be someone unimportant to the plot. If Hisashi is revealed to be a laid-back character, this would simply outrage the fans. So the chances of MHA Mangaka Kohei Horikoshi doing something like this is slim. Moreover, it was revealed by him that Hisashi’ will be revealed in the My Hero Academia manga soon. As we wait, we can only hope that he brings something important to the plot. Let’s say that in an off-chance, he does not, let’s just hope that Hisashi turns out to be a good role model for Izuku and provide some proper words of encouragement.

Where is Hisashi Midoriya? 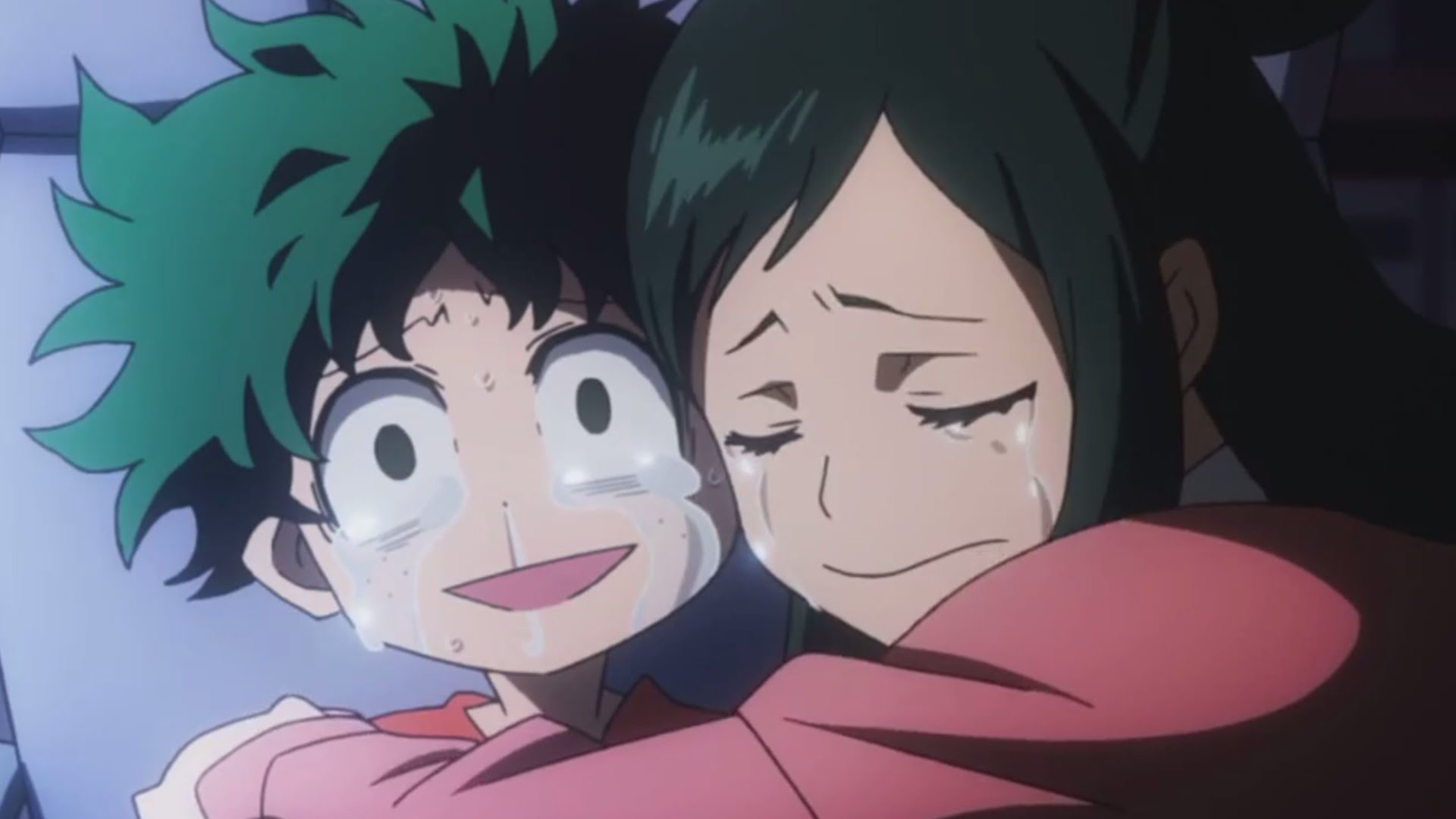 Hisashi Midoriya has been stated to be working overseas. This revelation is done when Izuku’s mom, Inko, takes Izuku to Dr. Tsubasa. She mentions how her husband works overseas. Nevertheless, it does not seem that they are divorced considering Inko still refers to Hisashi as her husband. Another possibility could be that shortly after Izuku’s birth, Hisashi left the mother and child. Going to the Doctor to identify their child’s quirk seems to be a very significant moment. So, Hisashi not being present when Izuku was so young only causes suspicion.

Moreover, it has been noticed how Izuku’s mom, Inko looks a little distressed when she did mention him. There could be a personal problem within the family which suggests a bigger problem in his absenteeism. There are even theories that suggest Hisashi has gone missing, and his mother says that he is overseas to protect her son’s feelings. This could be true considering Izuku never contacts his dad. In Season 3, when Izuku receives his Hero license, he shows it to his mother and All Might but never mentions his dad. The same could be said about Hisashi who never tries to contact the family even when Izuku was gravely injured.

What is Hisashi Midoriya’s Quirk?

Hisashi Midoriya is revealed to have the quirk to breathe fire. The power level of his quirk has not been revealed. Moreover, it has not been revealed what occupation he is in overseas. If and so, he works as a Hero, the chances are that his quirk is in some way similar to that of Endeavor. While Inko herself has the power to levitate small objects, it isn’t strong enough to be suitable for the work as a hero. The quirk of fire breathing seems to be a very intricate one and one that deals with a very limited number of occupations.

Also Read: My Hero Academia Manga Confirms A Shocking One For All Truth

Is Deku’s Dad All for One? 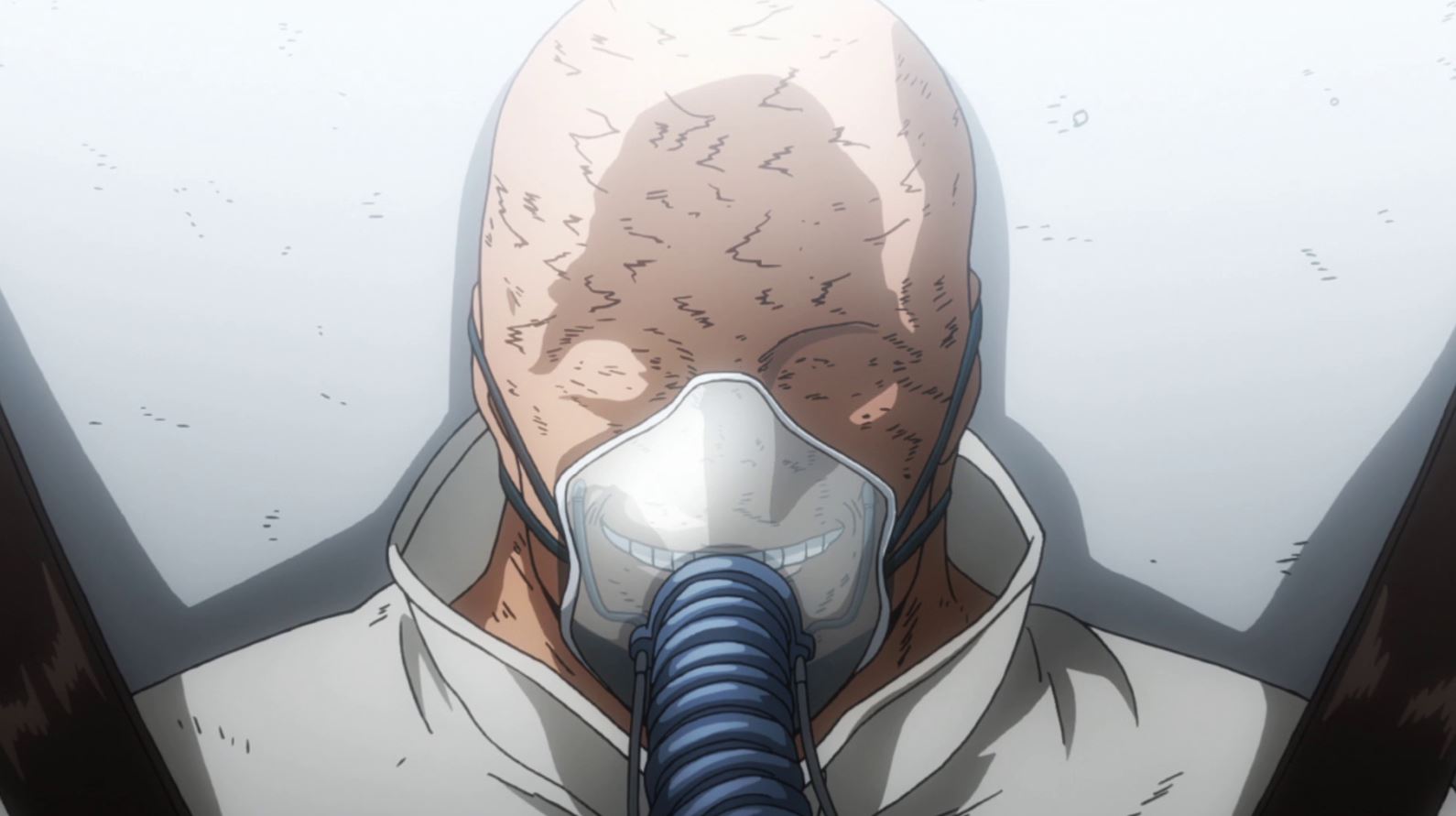 Faceless All For One

One question that fans had been having in their minds for quite some time Is Deku’s Father All for One? Hisashi Midoriya has been missing from Izuku and Inko’s life for at least 8 years, considering Izuku was 4 when they consulted Dr. Tsubasa. It hasn’t been revealed if Hisashi did come and visit them, but if he didn’t, it does raise the suspicion. All For One or Shigaraki has been on the run for quite some time, taking away all the Quirks that he can. This could be a pretty good reason for Izuku’s dad to be missing from his life for so long. Maybe, Hisashi saw Inko as an opportunity to create an offspring of his own. And could be planning to return later to get Izuku to make him the successor to Tomura Shigaraki.

There is also the possibility that the reason Hisashi or All For One does not return to his family is due to his current condition. If you all remember, All For One fought with All Might five years before he fought him in Season 3. This fight had All For One’s face disfigured while leaving All Might inching closer to his death. Ever since that, All For One is known for wearing a Darth Vader Style Head Gear. Surprisingly, it is quite a known fact that Mangaka Horikoshi is a huge fan of the Star Wars franchise. This could mean that we could probably see a father-son reunion for Izuku and All For One like that of Darth Vader and Luke Skywalker. Maybe the reason Izuku doesn’t have a quirk is that his genome came out similar to that of All For One’s quirkless brother, Yoichi Shigaraki.

Are Dr. Tsubasa and Dr. Daruma Ujiko the same? 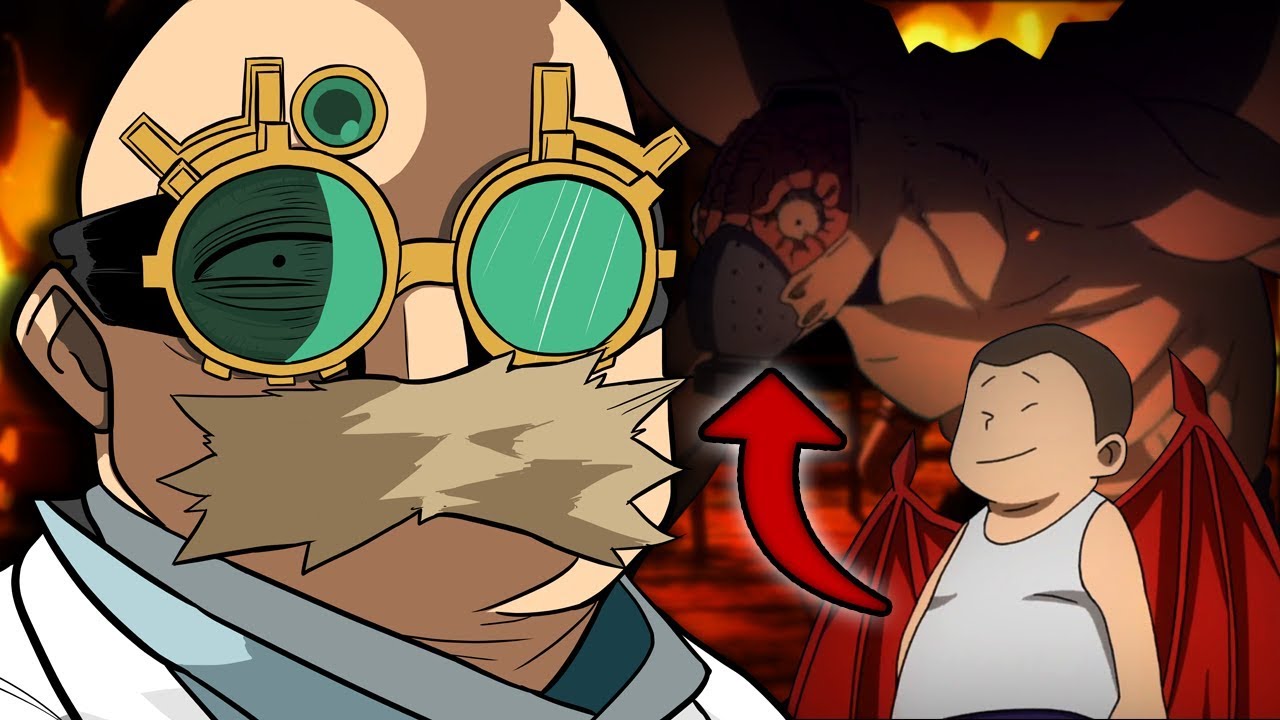 There has been a theory suggesting that Deku and All For One’s doctors are the same. Dr. Tsubasa, who appears at the very beginning of My Hero Academia looks too similar to that of Dr. Ujiko, the right-hand man of All For One. This could be confirmed by looking at their cog-shaped glasses, nose, and mustache. Moreover, Dr. Tsubasa was shown to have an identification mark in form of a scuff above his right eyebrow. This mark has been kept hidden whenever Dr. Ujiko is shown in the manga. It is possible that Izuku did have a dormant quirk within him, but Dr. Tsubasa took it from him for All For One. This left Izuku quirkless, probably meaning that the part about Izuku having a double-jointed pinky was something made-up. Moreover, Dr. Tsubasa and Dr. Ujiko have the same Voice Actor.

Dr. Ujiko is later revealed to be actually called Maruta Shiga. This is a word with a heavy meaning as Maruta Shiga is a word used to refer to the victims of experimentation during World War II. He was the Chairman of Jaku General Hospital. While he did devote his time to charity for a show, the hospital in itself had a closed-off ward. This ward is known for Nomu experimentations, which would be similar to his name referring to experimentations. A supportive theory to this is about Bakugo’s old friend, Tsubasa. He was a kid who had a wing quirk, and apparently, he was the grandson to Shiga. Shiga experimented on Tsubasa to create the winged Nomu. This theory about Dr. Shiga only confirms that there are stronger toes between Deku and his father, probably All For One.

20 Cartoons Like Solar Opposites That You Should Know About

Where Does Ao Ashi Anime End In Manga?

Oshi No Ko Chapter 97 Release Date: Identity Of The Father