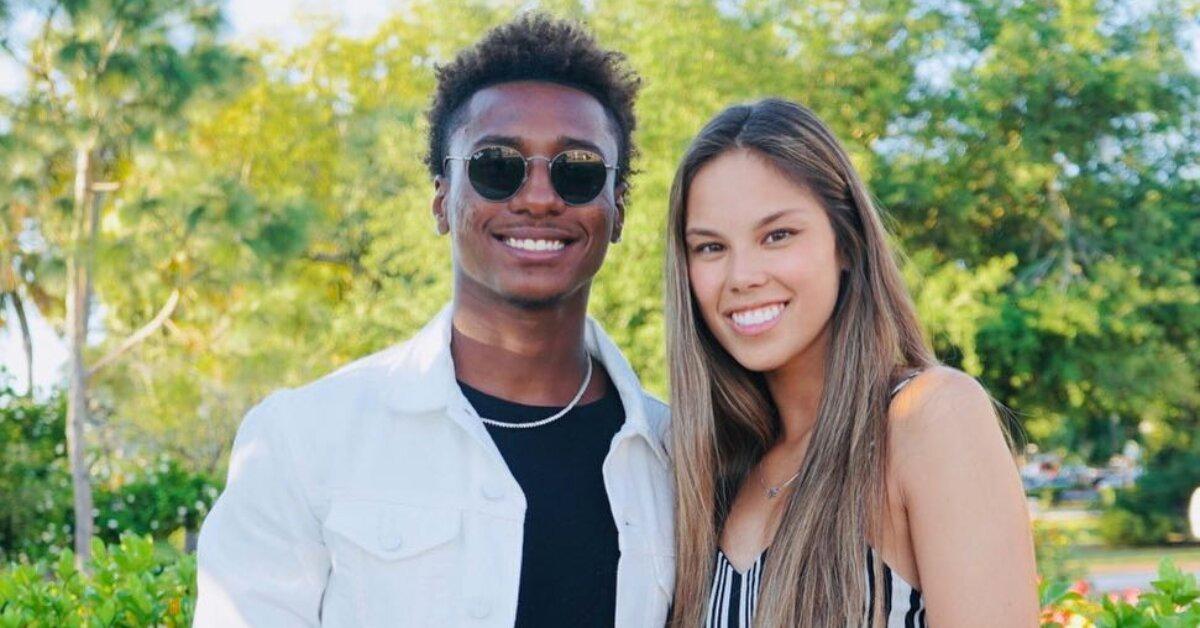 Youtuber and NFL star, Deestroying has impressed fans with his football talent. But who is Deestroying dating? He is an amazing Youtuber with 1.6 million flowers under his name. His success is definitely recommendable. However, with fame comes fans and online recognisability. Just like his views on Youtube, his fans are growing every day, and they are curious about his lifestyle. But, in particular about Deestroying’s relationship. Fans casually pop up with questions about his girlfriend, who she is, and more. But, don’t worry. We got you covered. Thus, get to know more about his girlfriend and relationship.

Deestroying born Donald De La Hye is not any regular Youtuber who creates content for his audience. He is also a famous professional football player, who is known for his speed. Besides this, he documents his football career and shares it with his viewers. All of his documented videos have attracted thousands of viewers, making him one of the most unique Youtubers. 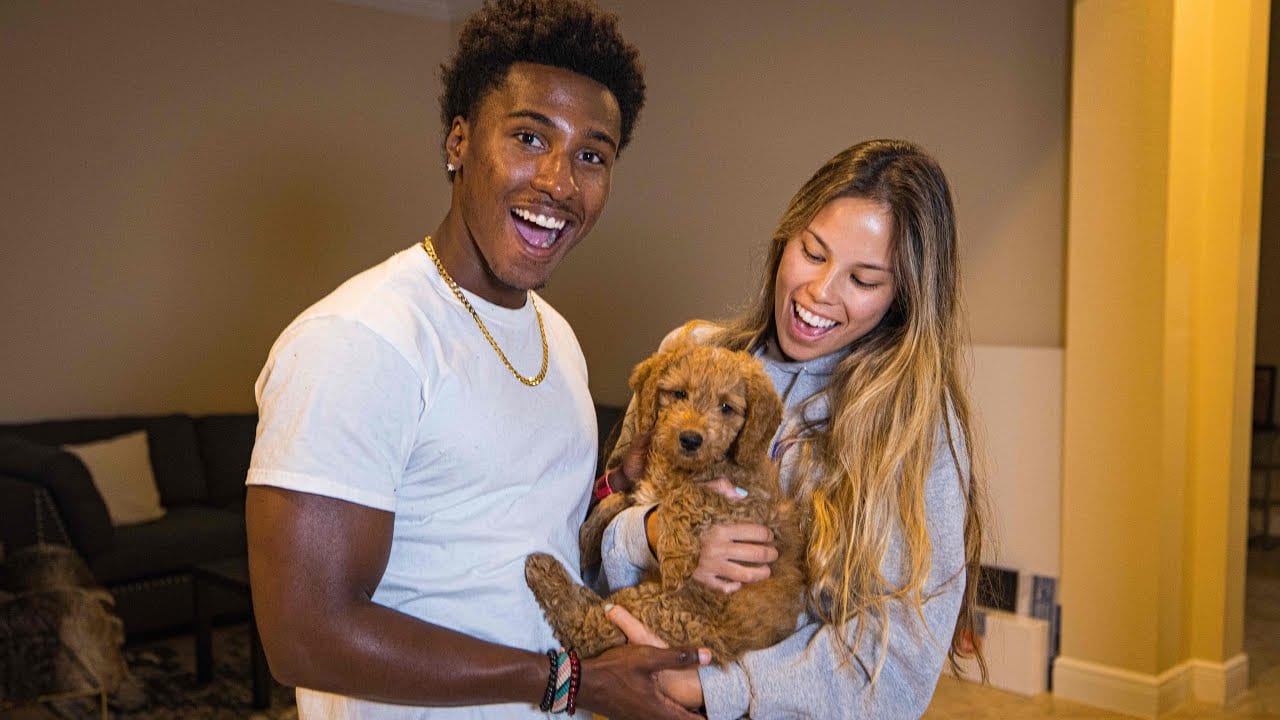 Deestroying became the fastest Youtuber in the world after winning “The Challenger Games” which were organized by Logan Paul. Undoubtedly, he has achieved many things in life, including a beautiful and talented girlfriend as well. For starters, she is a Youtuber as well.

Who is Deestroying Dating? Meet His Youtuber Girlfriend

As one of the popular Youtubers on the application, fans want to know about his dating life. Well, Deestroying is dating fellow Youtuber Kiana Wudte. Not only she is a Youtuber, but she is also a model and internet personality hailing from America. She rose to fame with her catchy tik tok videos. And she also has a youtube channel, where she often posts videos.

mostly, she records videos on lifestyle, vlogging, hauls, and more. She is widely known among the Youtuber community as the young, bold, and beautiful female Youtuber who has a warm personality. Due to her great fashion knowledge and dress sense, she attracts female audiences as well. 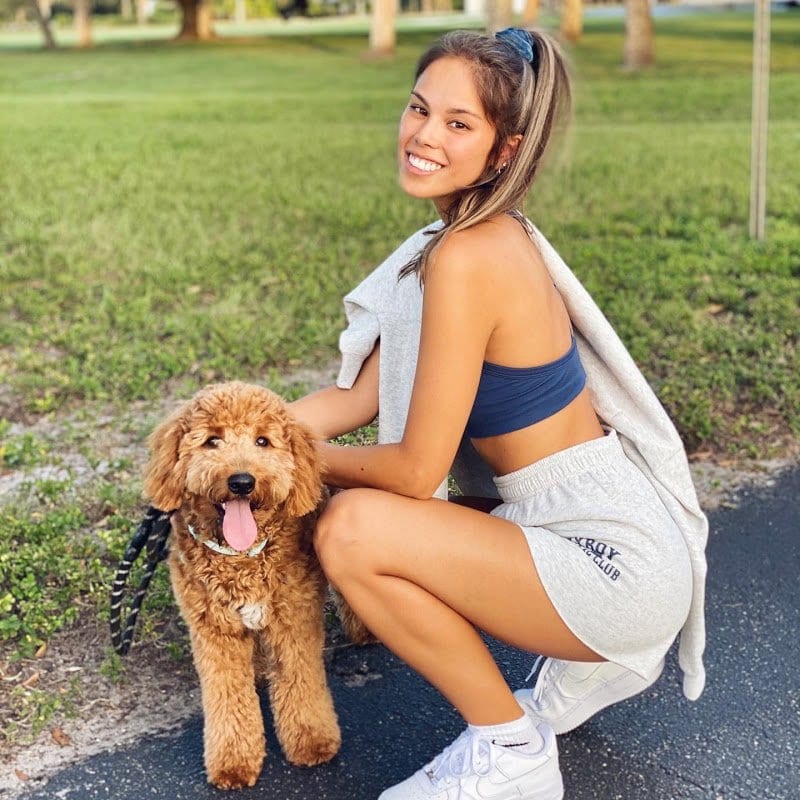 Apart from Youtube, she is also active on Instagram where she shares her glam pictures. She regularly updates the fans of her daily lifestyle on social media. She is famous for recording funny clips, lip-syncing videos, and dance routines on her accounts. Reportedly, she is also big on fitness, and you can often find her modeling with her activewear on her social account. She has 127K followers on her Instagram account and 416K subscribers on her Youtube account.

It is reported that the internet star is 24 years old as of 2021. Although no evidence is present to prove her age, her looks prove that she is a teenager, but in reality, she is a grown woman. As her fans say, she is absolutely gorgeous. Check out her enjoying the sun on her IG post.

It is unknown when Deestroying and Kiana started dating, but the two have been tight ever since the start. Kiana has been with the 24-year-old footballer since he started the channel and also helped him while his popularity was growing. It’s no surprise that she is the right match for Deestroying.

Deestroying commenced his Youtube channel in June 2015. This year marks his sixth year in the content creation business. Well, congratulations to the athlete. His first video on his channel was titled, “Football vs. Futbol vs. Rugby.?” Since then, he has been uploading various Football hacks, skills, and tutorial videos. Apart from entertaining the viewers, he is also aspiring and helping the budding footballers.

His video with the highest views is “I RACED LOGAN PAUL FOR $100,000… AND WON.” The video has 11 million views in total. You can watch it down below.

At one point, Deestroting was asked by people to leave Youtube. In 2017, he was asked to delete his popular Youtube channel due to the rules set by NCAA. The rules abide college athletes from making money off their abilities, aside from scholarships.

Thankfully, the athlete did not delete his channel. And now he growing strong with his community. He is still very much into creating Youtube videos and football. And we will like him to continue.

Also Read: Why Did Jwoww And Roger Break Up? Reason Behind The Split