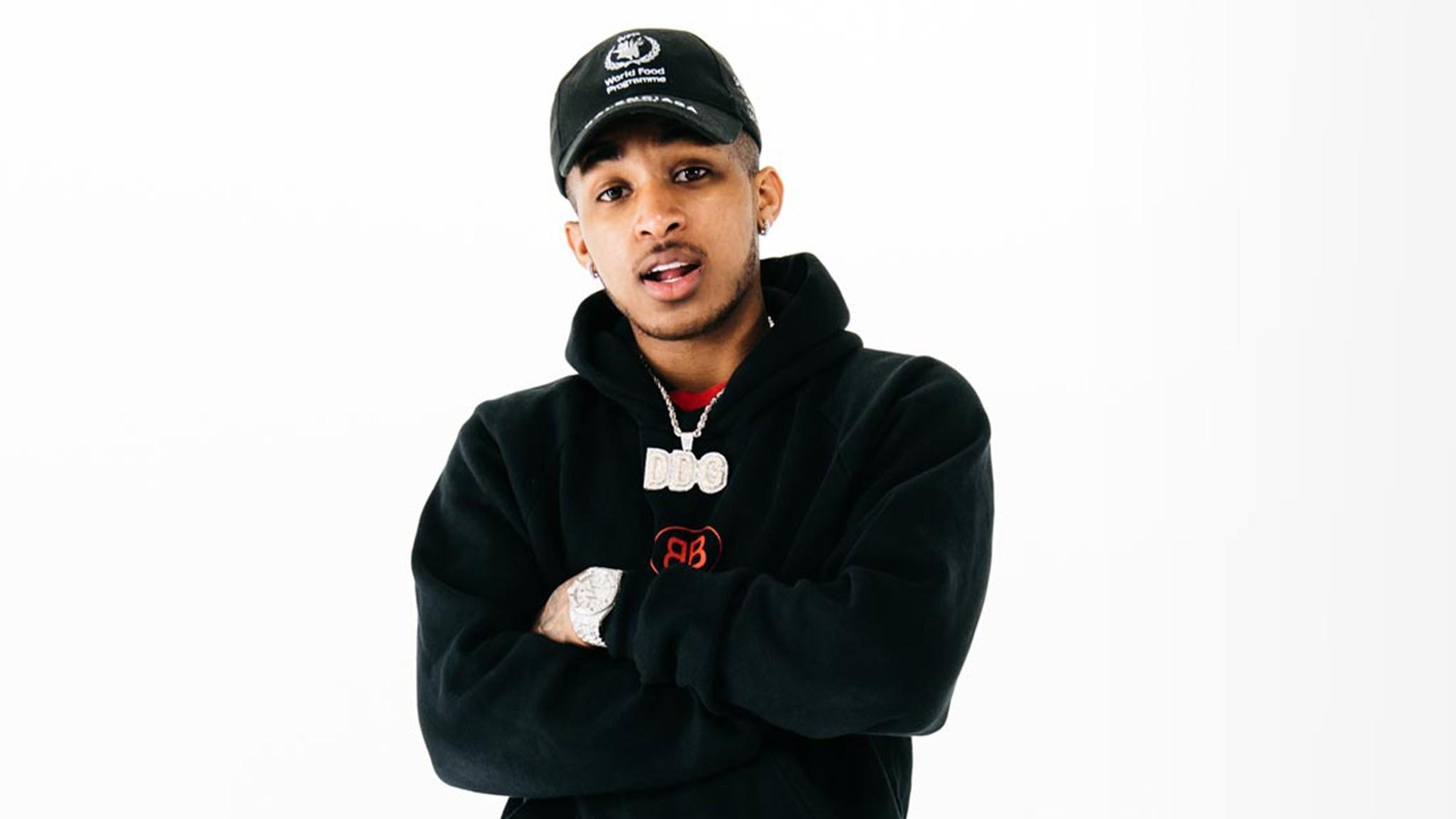 DDG is an American rapper, singer, songwriter, YouTuber, and entrepreneur. Darryl Dwayne Granberry, Jr. is professionally known by his name DDG and PontiacMadeDDG, hails from Pontiac, Michigan. Back in 2015, he was in the Central Michigan University but dropped out of the university and started making videos. He then officially signed with Epic Records in 2018. Afterward, he established his own record label, Zooted Ent. in 2020 with the managers, Eric O’Connor, Luis C. Arellano, and Dimitri Hurt. DDG who is from Michigan did his high school at International Tech Academy. Later on, he dropped out of college after high school. DDG had fond of music since a very young age and also made his childhood music in his father’s studio, who was an engineer.

In 2016, DDG released two songs, Balenciagas and Free Parties, both of them produced by Zaytoven. Then, he collaborated with Famous Dex for a song, Lettuce. Lettuce was originally released on DDG’s YouTube Channel and crossed 500,000 views in one hour after the release. Later on, he debuted in 2017 with an EP, Givenchy, and it received a huge response on YouTube hitting around 25 million views. In March 2018, DDG released another EP, Take Me Serious. Also, he signed with Epic Records in June of the same year.

Well, after his second release and signing up with Epic Records, he released a new single, Arguments. Afterward, in April 2020, the song Arguments got a Gold certification by RIAA. Then around March 2019, DDG’s second EP came out i.e. Sorry 4 the Hold-Up. He also released MV (Music Video) of the song with Queen Naija. This video also got a lot of attention on YouTube. The video crossed 15 million views on YouTube.

Furthermore, DDG released his single debut album, Push in September 2019. And in November 2019 he released his debut studio album, VALEDICTORIAN. Again in July 2020, DDG released his single, Moonwalking in Calabasas. Later, the single got two remixes of Moonwalking in Calabasas. Featuring Blueface in the first remix and YG in the second one, the song entered the Billboard Charts. This song became the first DDG’s song to hit the Billboard Hot 100 Chart, ranking the 81st number on the same.

.@PontiacMadeDDG's "Moonwalking In Calabasas" debuts at No. 98 on this week's #Hot100.

It earns DDG his first career entry on the chart.

As for the studio albums, there is only one studio album i.e. VALEDICTORIAN which was out in November 2019. The album is in digital format, where one can download the song digitally and can also stream the song online. This studio album is under the labels of Epic Records. Then as for the EPs i.e. Extended Plays, there are two in EPs by DDG. One is under Epic labels and one of them is self-released. Take Me Serious is DDG’s release in 2018, which was also in the form of a digital download. The other one is from March 2019 i.e. Sorry 4 the Hold-Up, which was in digital download format.

Where to Listen to DDG?

So, after knowing DDG, let’s just not sit and watch. Let’s listen to his songs. DDG is a YouTuber and has many social media handles. Also, he makes gaming, vlogs, and prank videos. You can find him on YouTube Channels- GamingWithDDG, PontiacMadeDDG VLOGS (Vlogs), The DDG Family (Vlogs), and DDG (Music). Also, he is available on YouTube Music and Spotify. To stay updated about his new releases, catch him on Instagram or Twitter.

Also, DDG released his latest mixtape with OG Parker. Under Epic labels, his new mixtape, Die 4 Respect came out on 19th March 2021 in a digital download form. There are 11 tracks in the album- Hood Melody, Treat Me Right, Rule#1, Impatient, Get What You Want, Way You Talk, Hakuna Matata, Let em Go, Money Long, I Need Security, and Moon Walking in Calabasas. Listen to the album Die 4 Respect by DDG on Spotify and YouTube Music.