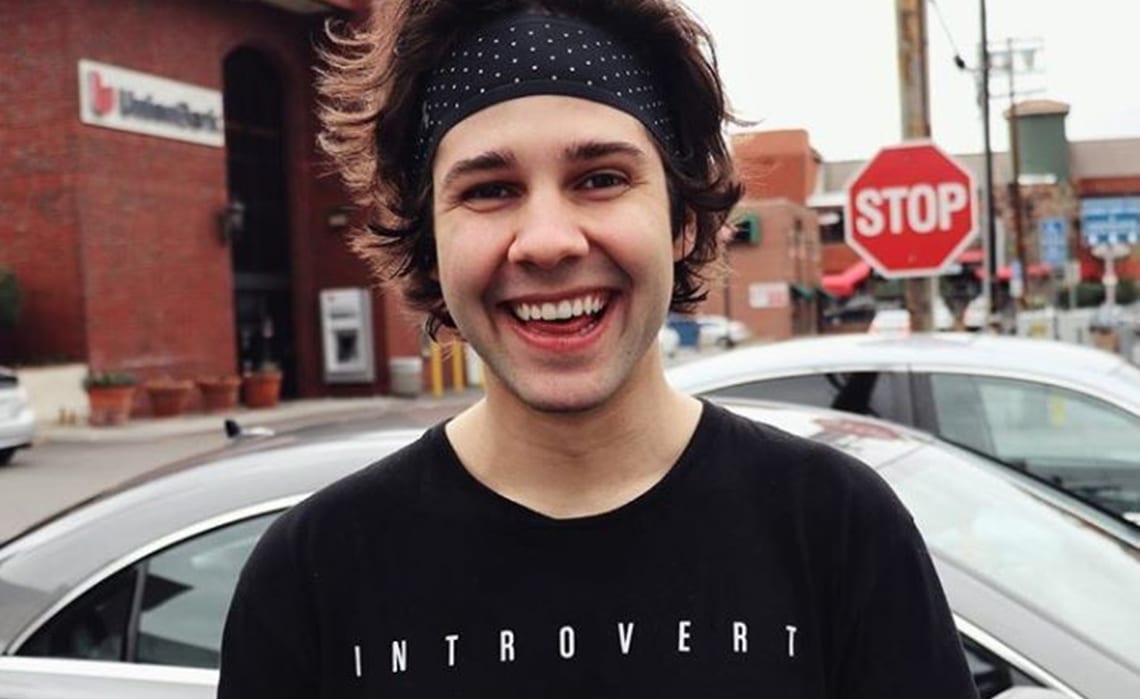 David Julian Dobrik is a YouTuber, podcaster, and co-founder of Dispo, an app. Before becoming a famous YouTuber and a member of a popular YouTube group, The Vlog Squad, David had already begun to make a name for himself in Vine – the predecessor of TikTok, basically. He was very successful in Vine and opened his own YouTube Channel. As of 15th May 2021, David’s Youtube channel has 18.3 Million subscribers and total views of about 5.9 Billion. He has also done a fair share of voice-acting, including a bird in the Angry Birds Movie 2. He was a judge on the show America’s Most Musical Family. 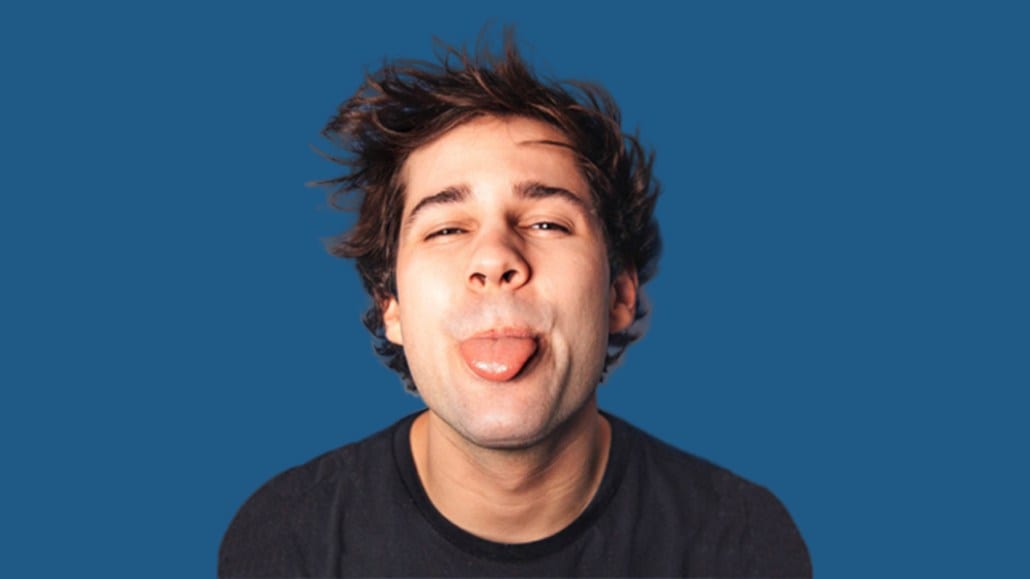 He was born on 23rd July 1996 in Slovakia. His family moved when he was 6 to Vernon Hills, Illinois. He was a professional tennis player and has also played in the Boys Tennis State Tournament and won third place in the doubles in 2014. After his High School graduation, he moved to LA after his vine career took off. His parents are Pavo Dobrik, a photographer, and Mrs. Dobrik is a homemaker. He has three younger siblings, sisters Ester and Sara, and a brother, Toby. He has a net worth of USD 4 Million.

Also Read:  Who Is Dua Lipa Dating, Is She Still With Anwar Hadid?

Dobrik’s fans love his vlogs which are filled with top-end energy, and they are very diverse: cute animals, pranks, inside jokes, and much more. He currently posts twice a week but used to post 3 times before. He has a podcast with Jason Nash, a fellow YouTuber which is called “Views.” In Seotember 2018, he created another YouTube channel for the videos of his podcasts, “Views Podcast.” He was the first to integrate podcasts into YouTube. In 2019 he was also featured in the W magazine and in Variety magazine. This year, he was also declared as the Sexiest Heartthrob of 2019 by People magazine. He launched Dispo in January 2020. He also has appeared on the Tonight Show by Jimmy Fallon. The app he made was also very successful. In August 2020, he was one of the 19 awardees of TikTok’s 1 Billion USD Creator fund. He became the host of a Discovery Channel reality show, Dodgeball Thunderdome.

Dobrik was an honoree in the Forbes 30 Under 30 list for 2020. He is also one of the most highest-paid YouTubers. He narrated Frankenstein for Spotify in January 2021. 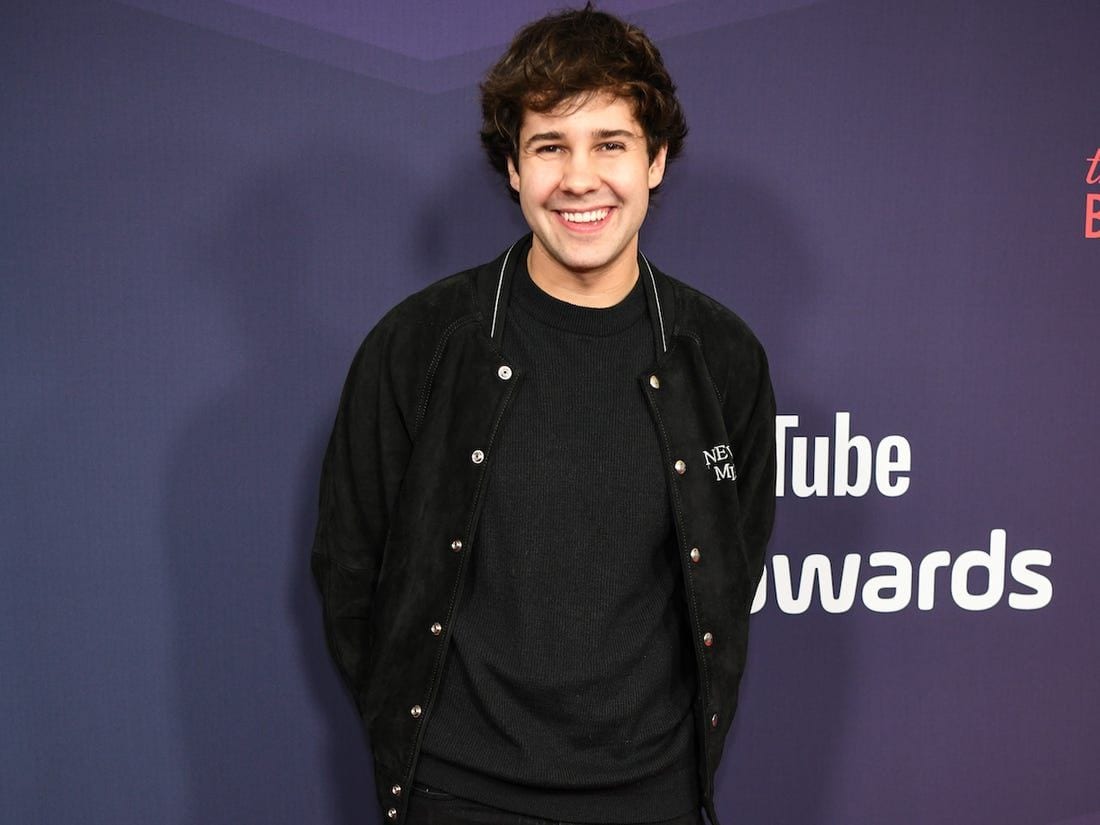 He’s currently involved in many, many controversies. To name the most disturbing was when he encouraged the 19-year-old Tana Mongeau to have a thr33some with Nash, then 44-years old, and former the Vlog Squad member, Trisha Paytas member, then 30-years old. She commented on Paytas controversial video and said: Tag yourself. I’m the 19-year-old who’s now in therapy and trying to stay out of drama. Further, Dobrik is losing fans fast and has also stepped down from the foundership of Dispo as the ratings of the app dropped below 2 stars.

1/ In light of recent news about the Vlog Squad and David Dobrik, the cofounder of Dispo, we have made the decision to sever all ties with the company.

Jeff Wittek, another member, released a documentary on his YouTube by the name of Don’t Try This At Home. This explained how he got into a major accident in June 2020 and needed major surgery. He broke his skull and face. And he accused Dobrik. The incident occurred while a vlog shooting for Dobrik as his comeback vlog. The Vlog Squad wakeboarding, using Dobrik’s excavator. At Jeff’s turn, David swung him very high and stopped abruptly, causing him to crash down the shallow lake while still being attached to the line. Thereby almost killing Jeff. Seth Francois, the only black member of the Vlog Squad, accused David of sexual assault after he was deceived into kissing Jason Nash while being blindfolded. In June Francois also released a video, accountability, wherein we can see David joking about turning him over to the police and many other racist things. Catch the video below:

David Dobrik is actually a divorcee. But we’ll get to that later. First, we will talk about the relationship everyone knows about, his most “famous” relationship so to speak, with Liz Koshy. The two dated for more than 2 years, from 2015 to 2018. Their first meeting was at a Hollywood party when they were both unable to drink because of their age. The duo bonded over the fact quickly and became friends. Then, they fell for each other. The most hilarious people on YouTube once dated, and their vlogs were simply the best. However, they broke up owing to “distance” and busy schedules. The fans were very saddened by the fact since their vlogs were the funniest. (Catch one above) 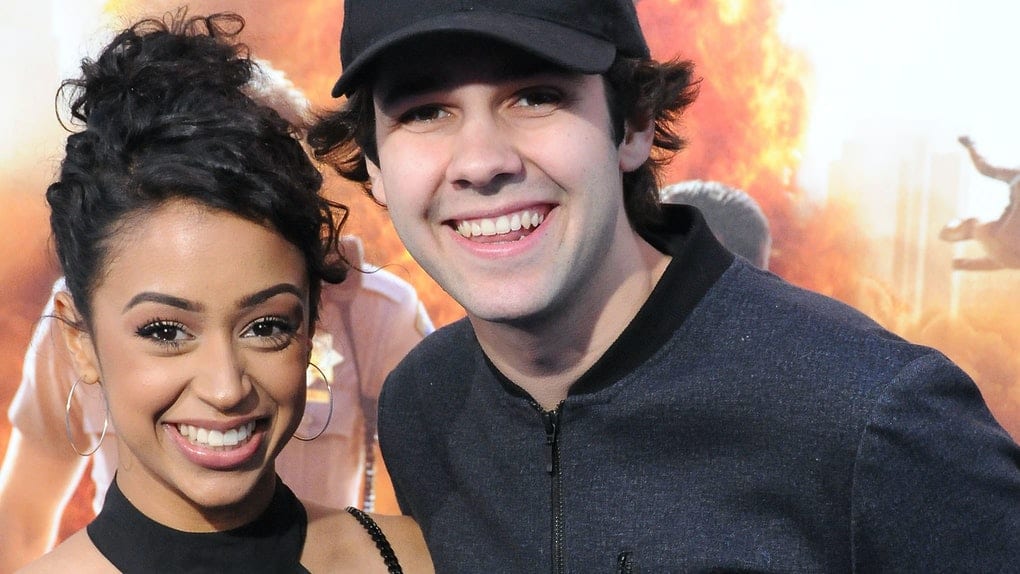 Yes, you all heard it right. He was married to Jason Nash, fellow The Vlog Member squad’s mom. For a month! And they went to Hawaii for their “honeymoon.” This SIKE moment came to be when Jason Nash told him that he will never have an ex-wife because he won’t ever be married in the first place. This was in retaliation to David’s comment that Jason’s children liked their stepdad more than him. 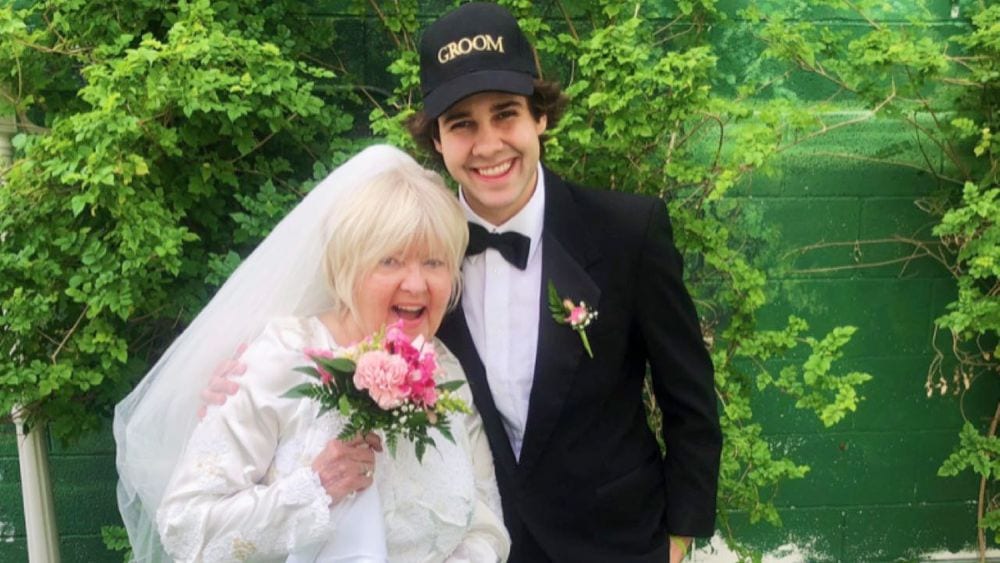 They have been together since they were children and hence are very close. But he very clearly admitted that they weren’t dating – yet, in an interview in 2020. However, he did admit to having a crush on her since they were very young. In April 2020, they even fostered a puppy together. He even wished her Happy Valentine’s Day. What is one to assume?! 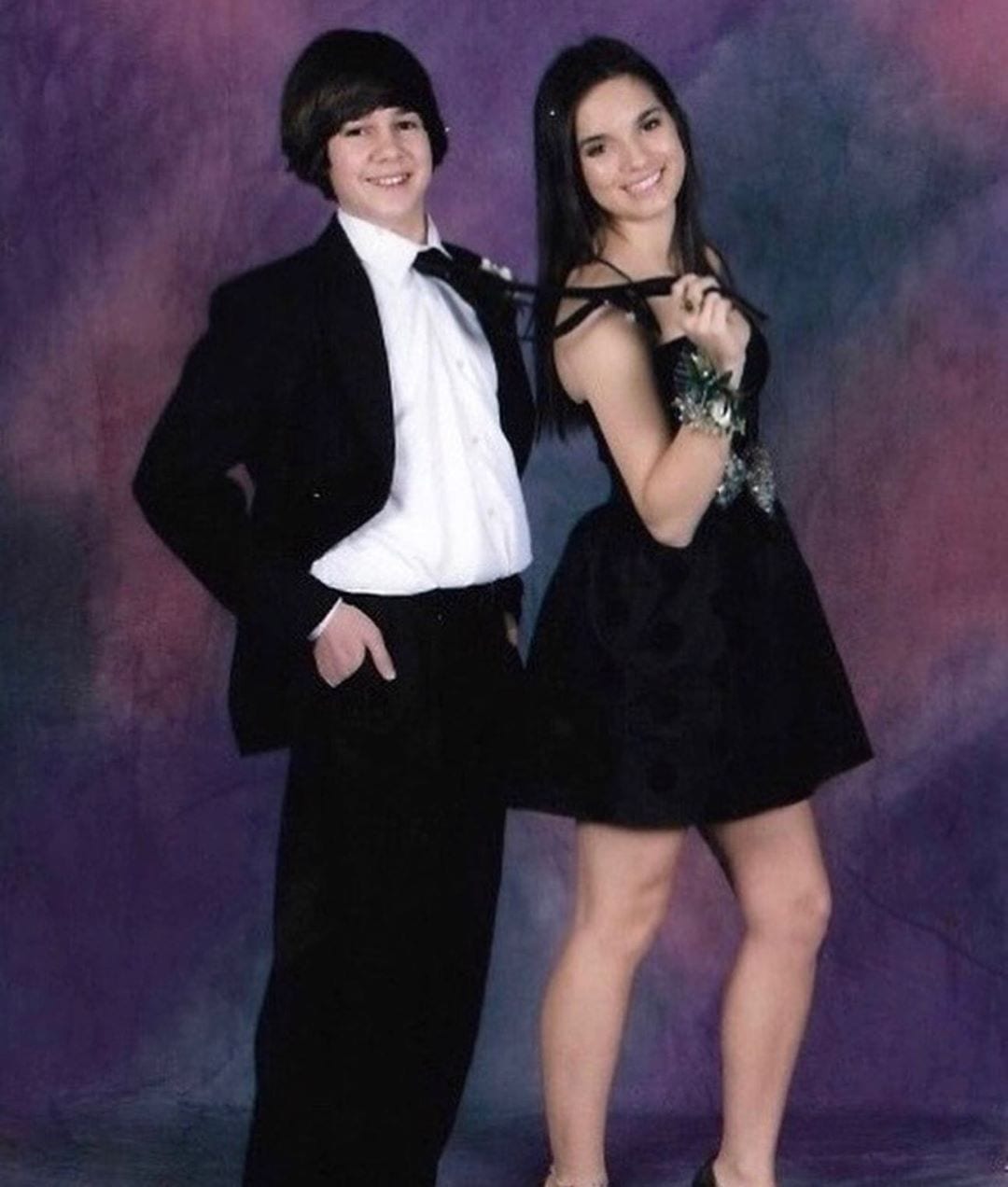 The Both of them at their High School Prom (Via: Instagram)

Is he dating someone now, then?

Life is literally on fire for David Dobrik now. He has been fighting allegations right and left, had to step down from a very esteemed position, and all his “friends” are accusing him  of one thing or the other.  So, it is safe to say that even if he were dating someone, he would like to keep it down. Though some people say that he has been secretly dating his co-star from that one perfume advertisement he did, Addison Rae, also back in 2020.  He has put the rumors to, however, rest. But the rumors of him dating are on the rise again. So we don’t know if David Dobrik is dating or not. 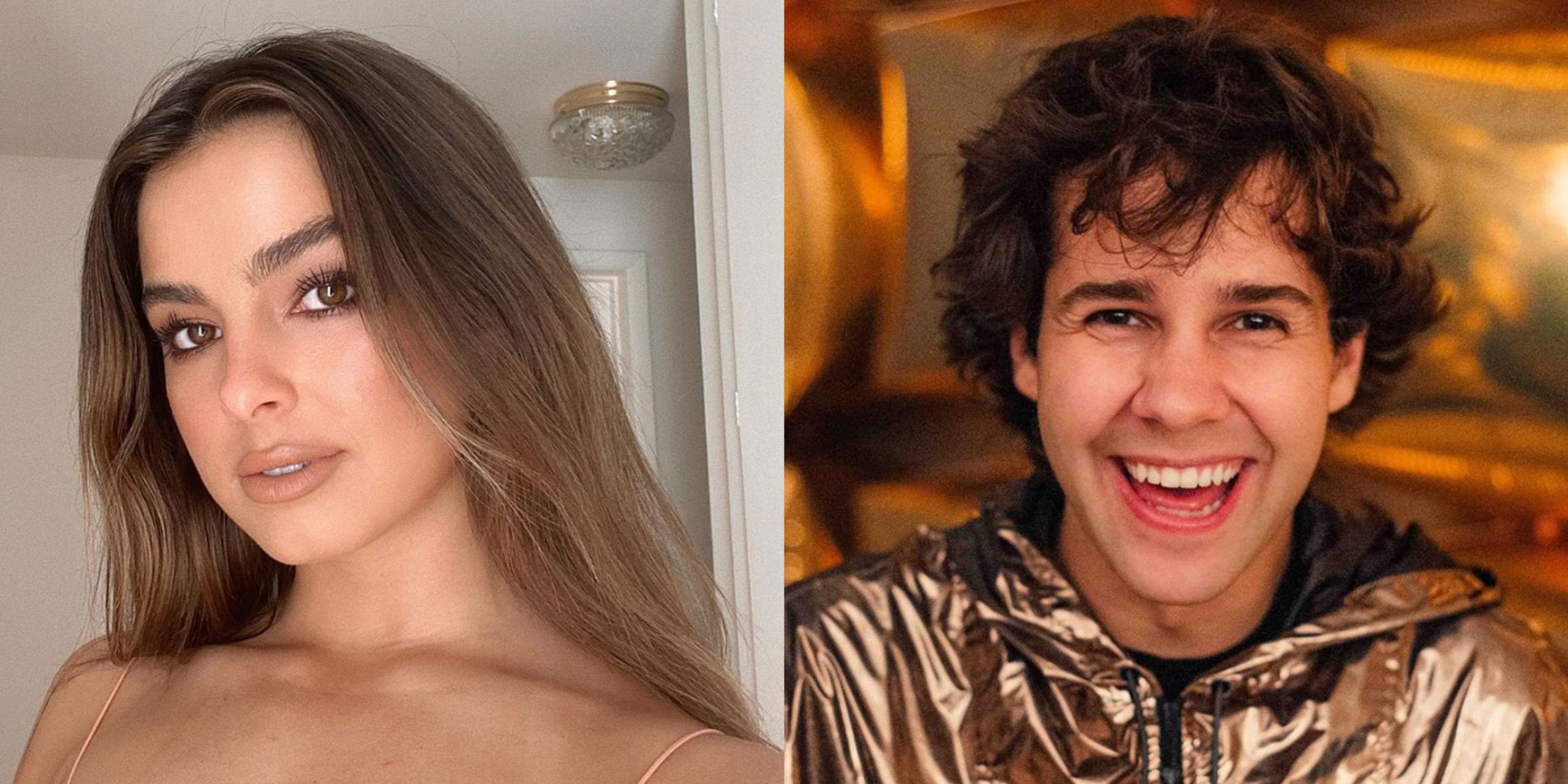 Also Read: How Long Have Perrie And Alex Been Dating & The Pregnancy Announcement?