Who Is Dante Zogratis In Black Clover? 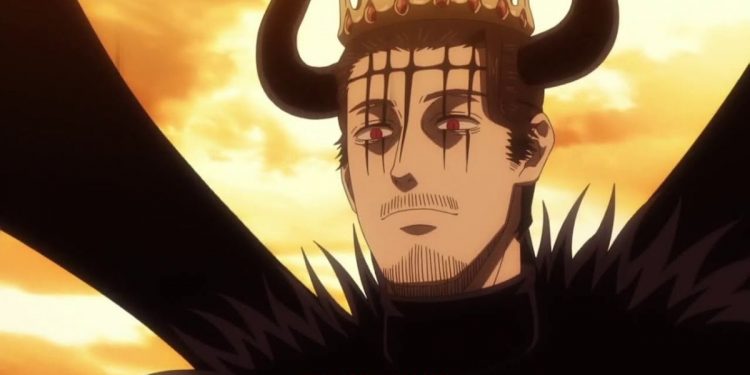 Black Clover is one of the most popular anime of the decade. It is an anime that beautifully encompasses a range of themes, starting from friendship to magical fantasy and, of course, action and adventure. Getting a full 10/10 on all of these aspects, Black Clover is the go-to anime for anyone looking to get their blood flowing with the rush of adrenaline. As enthusiastic and loveable are the heroes, so are the villains hateful and deadly. One such villain we love to hate is Dante Zogratis, who is a devil incarnate in every literal sense. Not only is he the pinnacle of evil but also one of the most powerful adversaries in the Black Clover series.

So, just exactly who is Dante Zogratis? What kind of a person is he, and what abilities does he possess? He is known to be part of the Dark Triad from the Spade Kingdom, but what else do we know? Read to find out as we cover everything about Dante Zogratis, starting from his personality to his deadly powers.

Also Read: Is Black Clover Anime Finished? How Much Story is Left?

Who Is Dante Zogratis?

Dante Zogratis is one of the most powerful villains in the entirety of the Black Clover universe. As influential as he is powerful, Dante is a part of the Dark Triad faction and serves as the principal king of the Spade Kingdom along with his brother Zenon and sister Vanica. What makes Dante so dangerous is the fact that he is the host of the devil Lucifero which has allowed him to become a master of not only body magic but also gravity control. A vicious psychopath, Dante is a deranged villain who is not only very intelligent but also very strong.

Even in the direst situations, he rarely loses his cool and always acts with his emotions in control. A master manipulator, he has no qualms doing the worst to achieve his goals. Quite easily falling into the category of the delusional type, Dante is of the belief that evil is the actual manifestation of mankind and that people are just too ignorant to notice it.

One word to define Dante is a misanthrope. He is someone whose entire foundation, starting from his personality to his own kingdom, is built on the torment and enslavement of others. Although apathetic and psychotic, Dante, to those who don’t know better, can initially come off as a very charming man with excellent manners. However, beneath this deceptively polite and charismatic facade is a monster who takes immense pleasure from chaos and destruction. Just like the rest of his siblings, he only believes that only the people with power have some worth, while the weak are nothing more than prey.

Also somewhat of a sexist, in many instances, Dante has shown a passionate fixation with women with little to no regard for their respect, choice, and decision. This is clearly apparent when he declares Vanessa and Grey to be his wife on his own whims. However, just like the rest of the humans, women too are nothing more than objects to be toyed with for his own sick amusement. One can also say that his life revolves around combating others as nothing gives him more of an adrenaline rush than engaging in a fight with powerful and worthy opponents.

A Short Overview Of Dante’s Abilities

Apparently, hosting one of the most powerful demons gives you a load of abilities. Such is the case for Dante, who is not only immortal but has a variety of abilities and skills that makes him one of the strongest antagonists alive in Black Clover. So just what exactly is it that Dante is capable of, and just what all abilities does he possess? Even at its most basic level, Dante packs a sucker punch. Fortunately for him and unfortunately for others, his most basic level of magic enables him to morph his body, because of which he has the power to regenerate from any injuries. He can also shapeshift into any shape or form he so wants. Ultimately, his body has also stopped aging, which means that he has achieved a state of immortality.

The second aspect of Dante’s powers lies with complete gravity control. As the name implies, this magic allows him to manipulate gravity at will. Dante draws his powers at specific percentages; the more percentage of power that he activates, the more powerful he becomes and thus ultimately unlocks more of his abilities. He has the ability to draw up to 80% of the devil’s power, but with 50% and 60% of that strength, he can twist space and completely negate magic. Although initially only capable of using 80% of his powers, he has now unlocked all 100 percent of his power. Even without the help of the magical powers, Dante is still a foe to be reckoned with as he is a skilled combatant with excellent proficiency hand to hand combat, martial arts, and swordsmanship.

Also Read: Black Clover Movie: When Will it Premiere in Japan, US, UK, Canada & India?