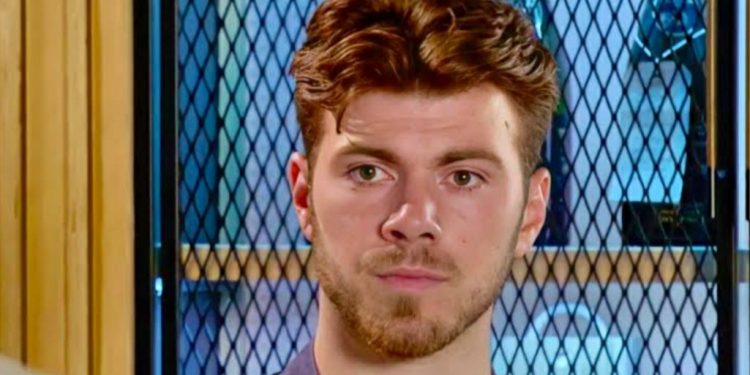 Coronation Street is one of the longest-running British soap operas airing since 9 December 1960. Till now, the series has made it to 58 seasons. Created by Tony Warren, the story focuses on a group of people belonging to the working class. They live on the streets of Weatherfield and deal with the daily struggles caused either by their professions or by their personal lives. Similarly, today we are going to talk about one of such characters. He is Curtis Delamere and is struggling for his unforgivable lies. It’s his personal life that is getting affected. With that, some of you must be wondering who is Curtis Delamare in the Coronation Street dating?

Also, this article shall contain the relationship detail of Curtis Delamere and his partner. What are the hardships they are dealing with at present? We shall also put some spoilers of the upcoming episode of Coronation Street. If you want to know further, stick to this article till the last word. We have loads of things to cover about Curtis Delamere and his personal love life.

Also read: Does Johnny Die In Coronation Street? What Happened At The End?

Those who are big-time fans of Coronation Street must be aware of Curtis Delamere and his partner. Talking about Curtis Delamere, the role is being played by the actor Sam Retford. Well, Curtis is dating Emma Brooker, who is getting portrayed by the actress Alexandra Mardell. Moving on with their relationship status, in the episode aired on 5 November 2021, we saw them planning for their marriage. Curtis had earlier proposed to him and the couple finally decided to tie the knot on Christmas Day. They also planned for their engagement but initially, it wasn’t supported by either of Emma’s parents (Steve McDonald and Tracy Barlow).

Curtis had told his partner Emma that he is suffering from severe heart disease which is difficult and has more or less no chance for recovery. Knowing that Emma asked her father for some money for seeing a consultant for his treatment. Initially, Steve (her father) didn’t want to give her the money. But when he saw the closeness and how the love birds are happily committed to each other, he decided to help them by giving a part of his savings as a pre-wedding gift. Knowing this, Curtis got emotional and was grateful to Emma’s family. Just for the sake of spending every second of his life with his partner, he planned to drop out of medical school. Now, because of his sudden collapses caused by his disastrous heart condition, fans are wondering if Curtis can make it to Christmas day.

Spoilers Ahead: Curtis Delamere’s Lies about his sickness is exposed

In the upcoming episode of Coronation Street on 13 December 2021, many things are going to get exposed.

The first and the foremost thing is Curtis’ lie about his sickness. He wasn’t suffering from any heart disease and he had lied about this to his fiancee Emma Brooker. Not only that, but he also lied about his father, Neville who is still alive. Earlier, he had told Emma that his father was dead. But in the episode, Neville turns up. After facing him, Curtis tells her that Neville isn’t his real father but his stepdad. It seems like Emma’s parents, Steve and Tracy had guessed it right and thus had denied helping Curtis with the money. The assumptions of the parents never go wrong!

Knowing all these, Coronation Street is now teasing Emma Brooker who is planning to unveil Curtis Delamere’s unforgivable lies. She also decides that it has become difficult to trust him again. On the other hand, Curtis still wants to marry his partner Emma badly as he shares that his feelings for her are genuine and not vague. What do you think, will Emma Brooker end up marrying Curtis Delamere? To know this, you have to watch Coronation Street.