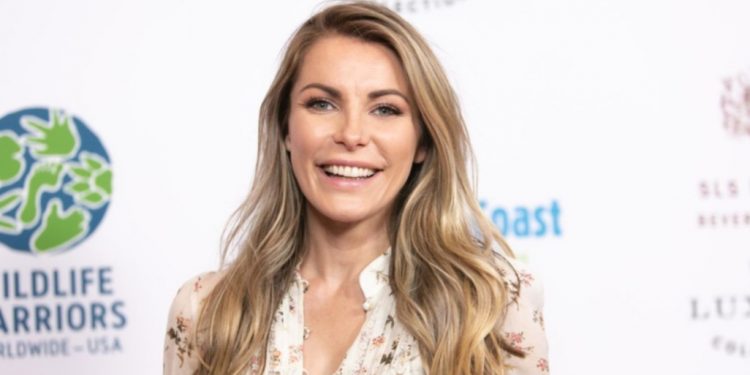 People have been wondering lately who Crystal Hefner is dating currently. If you don’t know who she is, Crystal Hefner is an American model and television personality. Working for several brands and magazines as a model, she has also gained popularity for being the Playboy Playmate in December 2009. Also, she made an appearance in the reality show, The Girls Next Door. Besides this, Crystal Hefner also gained prominence in the industry for being the third wife of the very famous Hugh Hefner. If you don’t know him, Hugh Hefner was an American magazine publisher.

There was a huge age difference between Crystal Hefner and her ex-husband, Hugh Hefner. However, that didn’t cause any problem between them. She stayed with him until his death. We shall cover a bit of their relationship in a while. After years, Crystal has been romantically involved in a few relationships. At present, she is dating an American actor, and she has made it very open as she keeps posting pictures on her Instagram account. If you want to know who Crystal Hefner is dating, you must dig into this article and stay till the end.

Who is Crystal Hefner Dating?

Fans are now deeply intrigued to know who Crystal Hefner is dating at present. In an interview, she confessed that these days she feels more content, vulnerable, authentic with herself. The versatile 35 years old American model Crystal Hefner is currently dating the American actor Ryan Malaty. Some of his notable works in the world of films are Are You The One?, Reality High, The Wedding Year, etc.

They haven’t made their announcement of their relationship officially. So, we don’t know when they are together. However, they posted their first picture on their special social media accounts in August 2021. Thus, it is assumed Crystal Hefner and Ryan Malaty have been dating each other for the last six months. The post was the picture of the pair at Disneyland. You will be amazed to know that his caption was ‘Disneyland with my Mousketeer’. Whereas she had put the caption ‘Squeezing in Disney trips between travel #happy’. It shows how deeply they are in love with each other.

They love traveling, and it seems like they are a really happy couple. Through their Instagram posts, it is revealed that they have been celebrating Christmas 2021 together. Also, they have been visiting England, Egypt and Maldives, together. With Ryan, she launched Ryan’s Reading Room. Little did you know that it’s a children’s reading room. It feels good to see them blissfully staying together. For more updates about how well they are getting along, you can follow their Instagram accounts too.

Discussing things about Crystal Hefner’s relationship with the late Hugh Hefner, it all began in 2009. On 24 December 2010, they got engaged to each other. After a couple of years, they tied the knot officially on 31 December 2012. Hugh Hefner was 60 years senior to her, but it never became an issue between the two. He died on 27 September 2017 after suffering from Sepsis. Hugh was then 91 years old. Crystal Hefner continued to stay with him until his death.

Besides her love life, people are also interested in knowing some personal details of the model, Crystal Hefner. Without further delay, let’s find out.

She was born on 29 April 1986 in San Diego, California, United States. After a few months, Crystal would be turning 36. She was born to Lee Lovitt (mother) and Ray Harris (father). Her father used to be a singer. For education, Crystal attended San Diego State University, where she earned a major degree in psychology. As far as her height is concerned, she is 5’6″ feet tall.

Overall, knowing that Crystal Hefner has finally found the love of her life and is quite happy, being her fan is purely good. Wishing her good luck with this new bond and surely for her career!

Who Is Natasha’s Husband? The Atomic Kitten Star’s Love Life