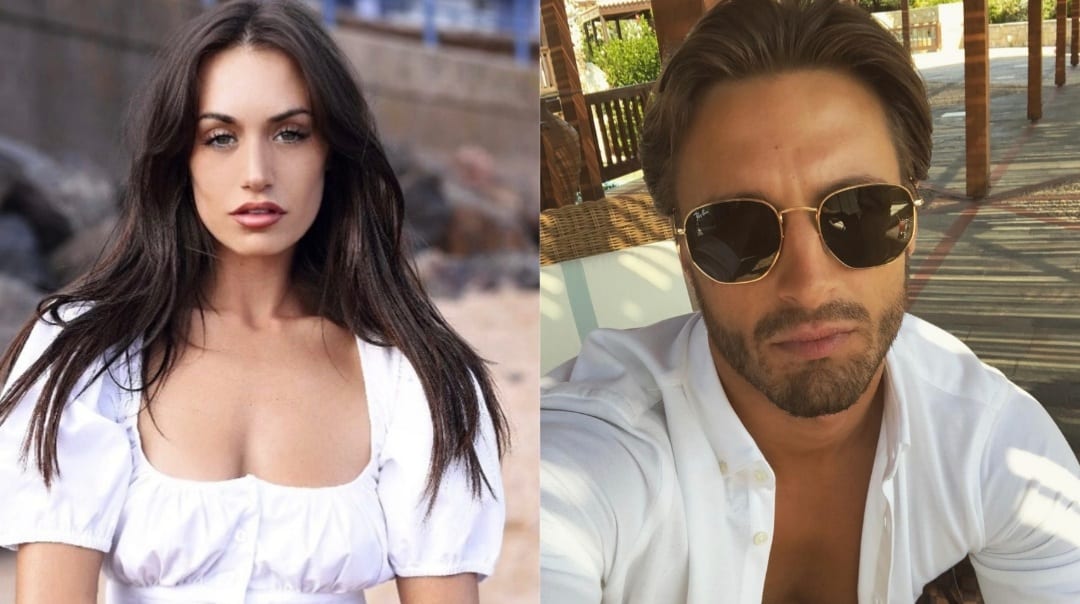 The latest rumors involving a TOWIE star dating a co-star are that revolving around Clelia Theodorou. Clelia is a regular on TOWIE and has recently been dating fellow co-star and newcomer Tommy Cole. Although there’s not been an explicit confirmation, it’s pretty much clear that they’re dating. The former model has hinted towards this new relationship of hers on Instagram. The 26-year-old Essex actor made her debut on the show in 2018. She has a pretty sizable presence on Instagram, having over 180,000 followers.

The social media platform is where she pretty much confirmed the dating rumors. To one of the questions asked by her fans over on Instagram Stories, her answer entailed confirmation. One of the questions read, “Are you seeing Tommy? Been together a lot recently?” Clelia’s answer was a picture with Tommy with text reading: “Lots of these! Yes!” That seals it! They’re definitely dating.

Clelia Theodorou is a regular on the latest season of The Only Way Is Essex. She has been a regular on the show since her debut back in 2018. Since her arrival, she has been a dynamic screen presence, being at the periphery or center of several storylines. Before she made her debut on TOWIE, she was a glamour model. She even won Miss Great Britain in 2014. She hails from Exmouth in Devon. Clelia made her TOWIE debut alongside her then-best friend, Shelby Tribble. However, the best friends later grew apart, and Clelia is currently best friends with Nicole Bass. She has had a relationship with Leicester City footballer Danny Simpson. Her first dating partner was Dan Edgar, the ex-boyfriend of Amber Turner. There has been a rift between Amber and Clelia ever since. 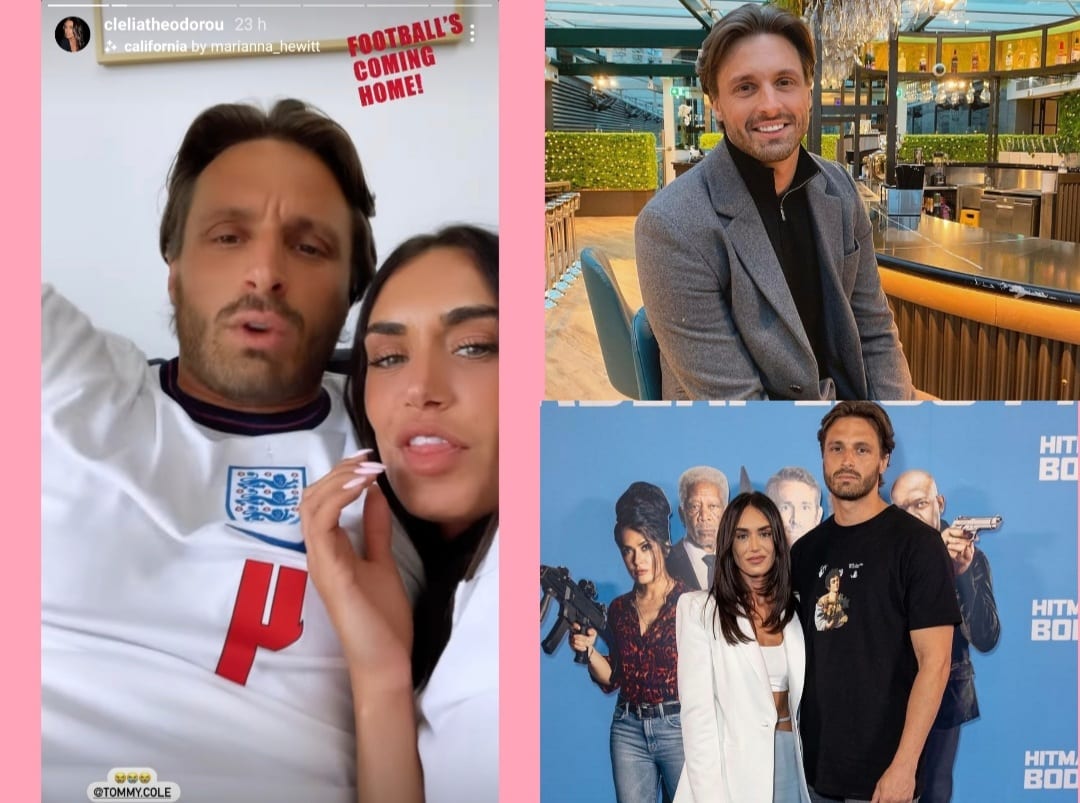 The couple has made their relationship status Instagram official.

Who Is Clelia Dating Right now?

Clelia is currently dating the newcomer Tommy Cole. Tommy Cole is the newest person to join the enormous cast of The Only Way Is Essex. He made his debut on the show on Sunday 2nd May. Making his debut in season 28, he had already been a contender for Frankie Sims’s potential love interest. His introduction on the show was as an old pal of Demi Sims. His arrival was soon marked by his potential love arc with Frankie Sims. Frankie had been single after her breakup from Harry Lee last year. However, his fling with Frankie didn’t pan out. That’s because Sims rekindled with another flame of hers, and it immediately seemed serious. Tommy C had been on a date with Frankie, but the potential soon fizzled out. It happened when Love Island’s Jack Fincham came into the scene.

Fans and paparazzi spotted Frankie sharing cozy moments with the Love Island star. Soon after that, they confirmed that they’re dating. They’ve also been sharing moments of them together on social media. The first sparks of the dating rumors flew after Clelia was seen spending the day with Tommy for his birthday. The rumors kept getting the fuel as days passed by, and the two shared more and more moments together. The two have been sharing moments over on Instagram. They’ve also been having quite flirtatious exchanges on the platform. Back at the start of this month, Clelia posted a story celebrating Tommy’s birthday. Meanwhile, Tommy also shared a photo of them together at a recent film premiere. Clelia had also commented on the photo, a common thing between the two these days. The couple also seems to be enjoying each other’s company a lot. 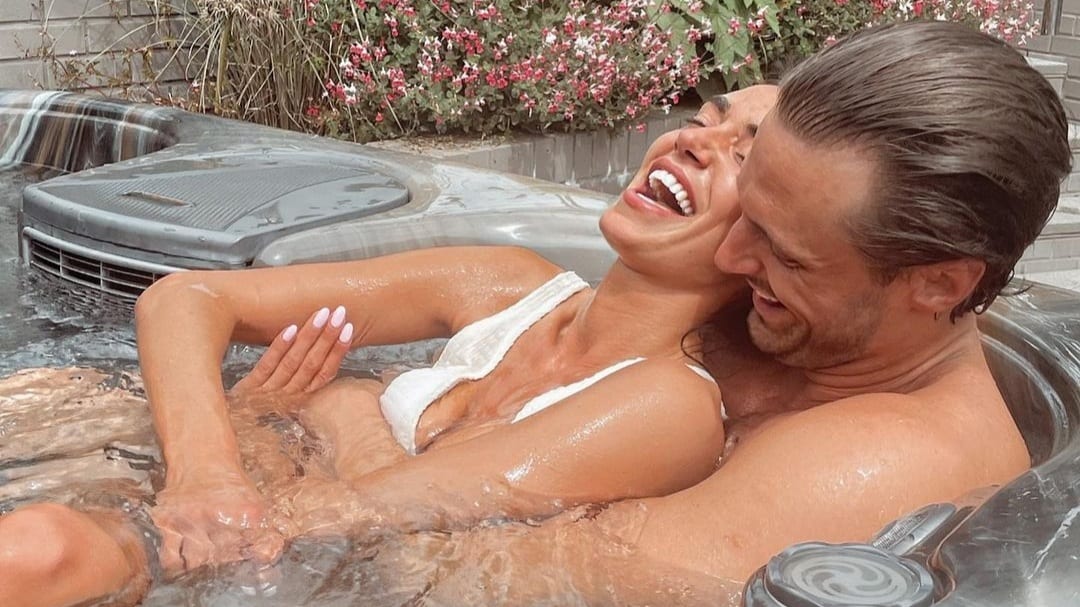 Who Is Tommy Cole?

Tommy Cole is the latest member of The Only Way Is Essex cast. The newcomer has already made an impression on the audience. The 32-year-old Essex newbie is currently dating his co-star and the TOWIE regular, Clelia Theodorou. He made his debut on the show this May. With his debut, he was already being linked up with co-star Frankie Sims. However, that didn’t end up going anywhere since she started dating Love Island winner Jack Fincham. He has previously dated Britain’s Next Top Model stars Olivia and Sophia Chowki. Tommy runs his own clothing brand called Full Blessed Clothing. He is currently going on dates with Clelia and seems to enjoy her company a lot.