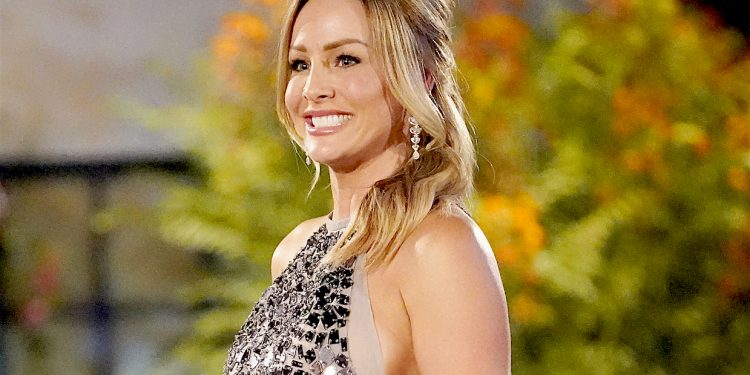 Clare Crawley is quite the talk of the internet nowadays with her recent romance rumors. So, who is Clare Crawley dating? It seems The Bachelorette star is spending quality time with another of her former contestant from season 16 of the show. Their recent videos and PDA in social media do prove that something is definitely brewing between Crawley and the former contestant. But, the pair has yet to confirm anything about their relationship.

It would also be no surprise if it only came up to be as a rumor as Clare was previously rumored to be dating comedian Jeff Dye. Furthermore, it has only been three months since she broke up with her fiancee, Dale Moss. They finally called quits after being in an on-and-off relationship. But, who would have thought that Clare would find herself into a former contestant who she had rejected just in the second week of The Bachelorette season 16?

Who is Clare Crawley Dating?

Clare Crawley is rumored to be dating Blake Monar, who was a former contestant in The Bachelorette Season 16. Well, the rumors came around recently after the pair were spotted together during a vacation. Neither of them accepted or refuted the rumors yet. Thus, we do not know if they are actually dating or not. But, the pair do seem cozy from the looks of the videos and stories that they shared on their respective Instagram pages. Their PDA posts on social media did make it appear that a new couple could soon be in the Bachelor Nation. If that is not serious, then what is?

Clare Crawley Posted a Video with Blake Monar on Instagram

It was Clare Crawley who pretty much suggested that she and Blake are together by posting a video on her Instagram on January 9, 2022. She was on a trip to Indiana for business purposes. The video showed her looking cozy with Blake, and she captioned that she left the place with the most unexpected memories despite her going to the place for business. She also mentioned in the post how Indy was truly beautiful and exactly what she would need.

It seems she had a wonderful time in Indiana as both got seen shopping, a bowling date, singing and riding in the car, playing with Blake’s nephew and niece. Her video has the song Like You by Tatiana Manaois in it. Clare was also seen at one instance zooming around Blake’s house in a red electric car and playing with a young child. Thus, she went to Indiana for some business and left the place now with someone special.

Blake Monar, too, seems serious about Clare Crawley seeing how he also posted an Instagram story spending time with her. He posted the story a few hours after Clare’s Instagram post. His story shows the pair strolling carefully on an icy sidewalk. Monar also put up a question in the clip asking, “How is walking on black ice with a grown man hanging on your back?” Clare responded that it is nice than sliding alone on the driveway and ending up under a car.

The Bachelorette star, Clare Crawley, had a painful breakup last year with Dale Moss. She met Moss in season 16 of The Bachelorette and ended up getting engaged to him. Blake Monar was also in the same season as a contestant but got rejected in the second week of the show. It seems that Clare’s heart was set on Dale during that time, and it took a heartbreak for her to realize that he was not the right person for her. The ex-couple was already having problems since the beginning of last year.

They had been in an on-and-off relationship and finally broke up in September 2021. A close insider revealed that Clare was really upset as no wedding was happening between them and their visions were also quite different. Meanwhile, the pair also want to remain in different places that created more problems for them. Now, it seems Clare has completely moved on from Dale.

Also Read: Who Is Chris Lane Dating? The Singer Talks About His Ladylove