Here is all you need to know about Claire Sweeney, her relationships, and her journey of becoming a mother! 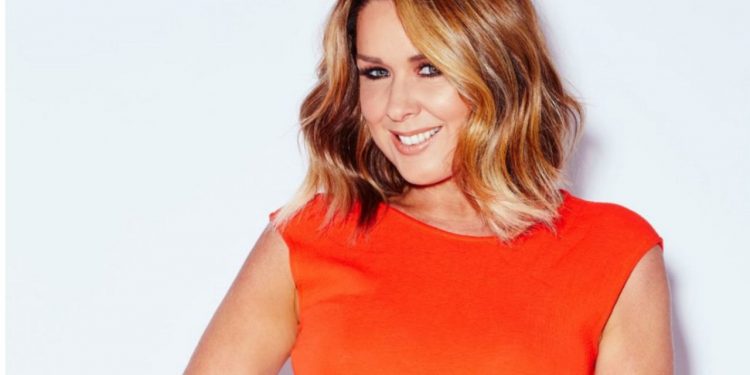 Let us find out that if Claire Sweeney is dating anyone! And if yes, then who is the partner of Claire Sweeney? Well, she is an English actress, singer, and television personality who had achieved a milestone when she completed her half-century last year. She is 50 years old! But the industry in which she works, even when a girl reaches her mid-40s, it means no more young glamorous roles! So, how she is doing? Is she okay with the aging process? Interestingly, according to her, she is now much happier at 50 than she was at 30. Lately, in an interview when the host asked her that she looks so terrific and still she is happy! How does she manage to age so gracefully and happily? She replied that according to her mindset, it’s just about to dress appropriately and embrace the change. And she is enjoying the process.

Claire Sweeney admitted that at the moment, she is a stone overweight, but she is sure that will come off! Following which she suggested not to beat yourself up over things. Well, it would be worth mentioning that Claire Sweeney is preparing herself to star in the touring production of Dolly Parton’s feel-good show 9 To 5: The Musical! Where she would show he skills in the role of Violet Newstead. And for that, she had also changed her hair slightly. She flaunted her sleek blonde bob! But what about her personal and love life? Who is the partner of Claire Sweeney? Well, if you are curious, then the below sections would quench your thirst. On this note, let us begin our hunt!

Who is the partner of Claire Sweeney?

Well, at present, Claire Sweeney is single and a proud mother! She has two past public relationships. Once, she was also engaged! But with whom? Her first public relationship was with a businessman named Tony Hibbard. Interestingly, they were able to manage this relationship for a total of six years. Following which, they had separated their paths in late 2007.

Claire Sweeney’s next public relationship was with Daniel Reilly. And they both even got engaged. They maintained this relation from January 2013 until July 2015. It is believed that in between also once they had separated their paths but then had rekindled their relationship. But after the second time, she did not enter into any relationship. However, lately, once she accepted that, she is ready to mingle! But as of now, she is single and parenting her baby boy named Jaxon, whose father is Daniel Reilly.

Also Read: What is Beeple’s Net Worth in 2022? The Successful Art Career!

Well, when the couple was engaged, they were pretty committed. However, their journey to become parents had somehow created a rift between the two. They were engaged for quite a year, following which they had separated their paths. They both were desperately trying for a baby. And for that, she had also undergone fertility treatment. And because of it, she twice was able to get pregnant. But unfortunately, both of the times, she dealt with the loss of miscarriages.

The first time when she got pregnant was a kind of surprise to her. But she lost it after 12 weeks. But the next time when they were trying to conceive, nothing really happened! And so, Claire Sweeney was given the fertility drug Clomid to help produce eggs. But after about two weeks, she again lost it following the miscarriage. As this time the baby was already planned, it had left an emotional scar on her heart. And then, the couple had decided to go separate ways.

But when she was left hopeless and shattered emotionally, from somewhere, a hope knocked on her life. Claire Sweeney found that she was three or four weeks pregnant. And when she was about five months pregnant, Daniel Reilly and she had again started spending time together. Once, she had also complimented him as a nice dad. However, again their relationship witnessed some clash, and just nine months after the birth of their son, they had gone their separate ways.