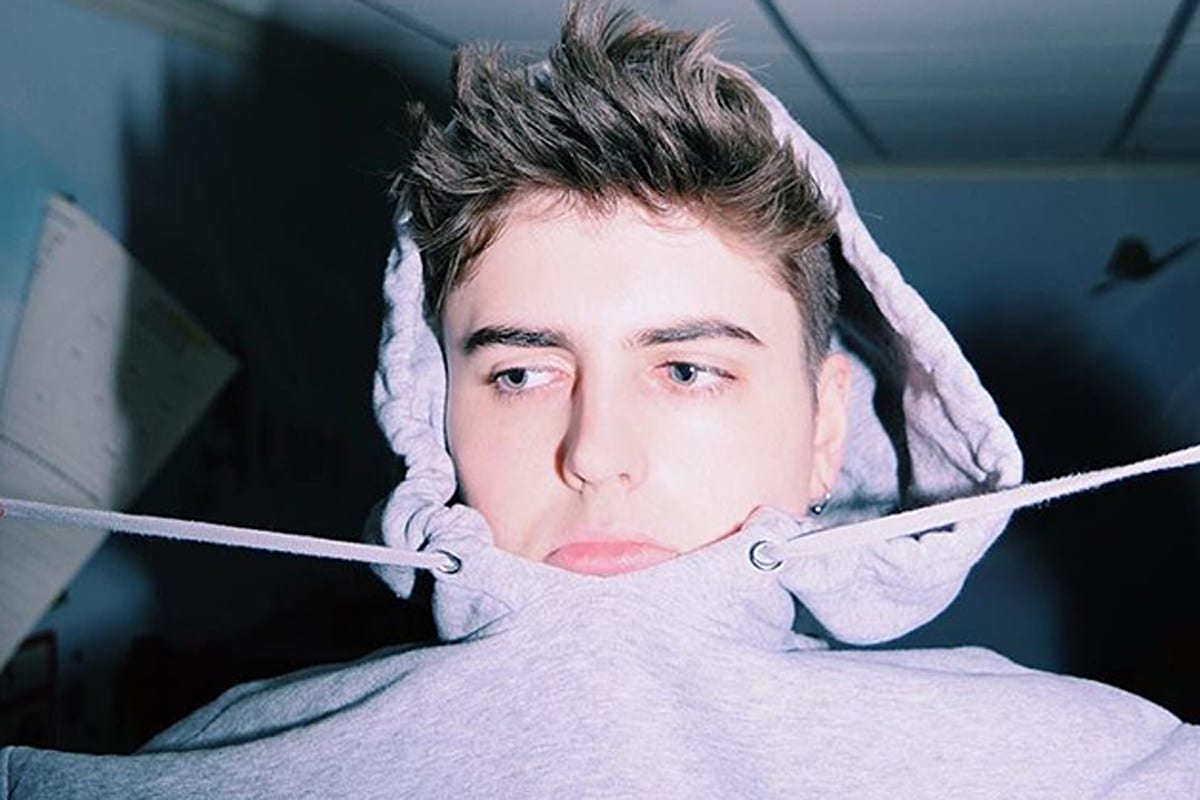 Today we’ll take a look at who Chris Miles is dating. Chris Miles is a young American rapper. He is currently 22 years old and was born on May 3, 1999. Miles is a New-York based rapper who hails from Long Island, N.Y. The young boy had begun rapping at the age of 10. He gained widespread popularity in 2012 at the age of 13, when his audition for America’s Got Talent went viral. The rapper, unfortunately, was not able to make it big on the show. Though, being a viral sensation, the silver lining was that he was able to nab a $1.5 million record deal with Warner/Chappell in 2014.

Over the past few years, after his America’s Got Talent fame, he has continued to make music. Miles is very active on social media platforms like Instagram and Twitter. He boasts around 419K followers on Instagram and 202.4K followers on Twitter. The 22-year-old came out with his most recent release in 2020, called Nothing Matters Anymore. It was his first studio album. He has continued to make a name for himself in the industry with past releases like Psychotic, Objects in the Mirror and Can’t Catch Me and an album titled, Milestones released in 2017. He is also a member of a rap group called Pain Party. Let’s now take a look at who Chris Miles is dating.

Who Is Chris Miles Dating?

Rapper Chris Miles is reportedly dating a famous YouTuber and huge social media personality, Tana Mongeau. For months, Tana had been posting a series of pictures of a man’s hands or back on her Instagram stories. Fans had been eager to know the identity of the mystery man in Tana’s life.

Finally, on July 8, 2021, the YouTuber announced that she has a boyfriend on her official Twitter account. The tweet was met with a lot of different reactions. Most replies from Tana’s fans were either expressing their surprise or congratulating her. Chris Miles also confirmed the news when he quoted Tana’s tweet and replied with “i dont want anybody else bye i love this girl more than anything”

i dont want anybody else bye i love this girl more than anything https://t.co/anZlZreUxZ

Who Is Tana Mongeau?

Tana Mongeau is an American YouTuber, social media influencer, singer, and model. She is very popular for making “story time” videos where she shares interesting and dramatic events from her daily life. Born on June 24, 1998, the 23-year-old star has a dynamic and social personality. She began posting videos on YouTube in 2015 and gradually gained success and popularity. Tana is very active on the internet. She has millions of followers across all social media platforms. Mongeau boasts around 5.7 million followers on Instagram, 2.5 million followers on Twitter, and almost 2 million subscribers on YouTube. 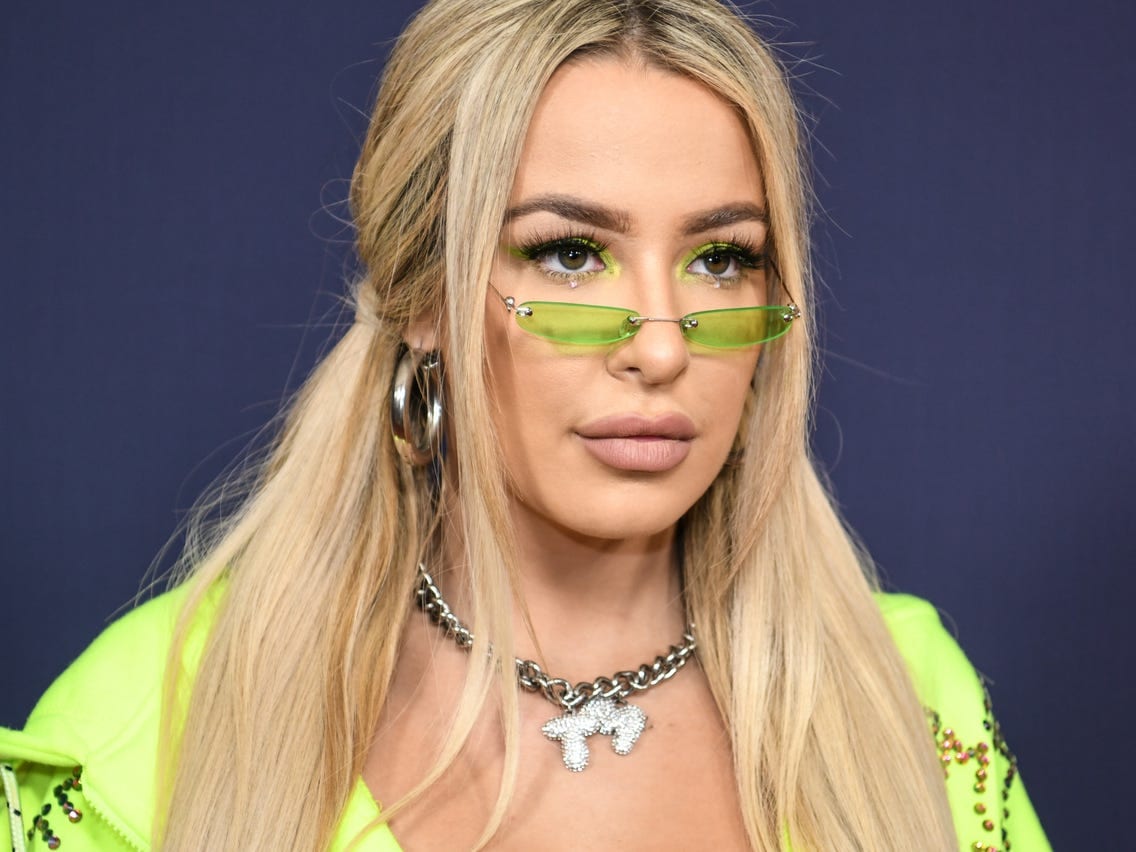 Along with being young, rich and famous, Tana is also one of the most controversial YouTubers on the platform. She is often surrounded by scandals related to her dating life, disagreements with other fellow YouTubers or friends and problematic actions taken by her.

A few of her most well-known controversies in recent times have been: The disastrous TanaCon which was highly mismanaged and had left thousands of fans disappointed in 2018, and her fake marriage fiasco with another highly popular and controversial YouTuber Jake Paul in 2019, among many other scandals related to her dating life and business ventures.

The relationship between rapper Chris Miles and YouTuber Tana Mongeau is a little complicated. The revelation came as a surprise to many. Fans of the YouTuber were excited to find out the identity of the mystery man who appeared on Tana’s Instagram stories for the past few months. However, this new relationship has left many of the fans scratching their heads in confusion. 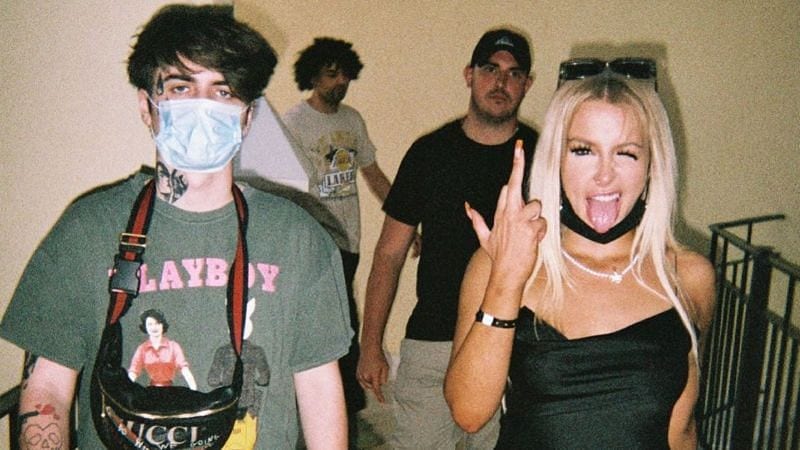 Only after four days of announcing her relationship with Miles on Twitter, On July 12, 2021, Tana tweeted “Jk, just got left and dumped, I’m single again”. The tweet has been deleted since then. However, Just after a few hours, Tana posted a selfie with Miles lying on a bed with her. The fans were left completely shocked and confused. Everyone seems to be unsure of the relationship status of the two.

Some people on Twitter accused Tana for having yet another “fake relationship” for publicity but Tana bluntly denied it and replied with “Lmao babe this isn’t a clout grab, we’re just toxic smh.”

Fans don’t know what is in store for the young couple but they hope for the best for both Chris and Tana.