Who Is Charles Dance’s Girlfriend? Know About The British Actor’s Dating Life 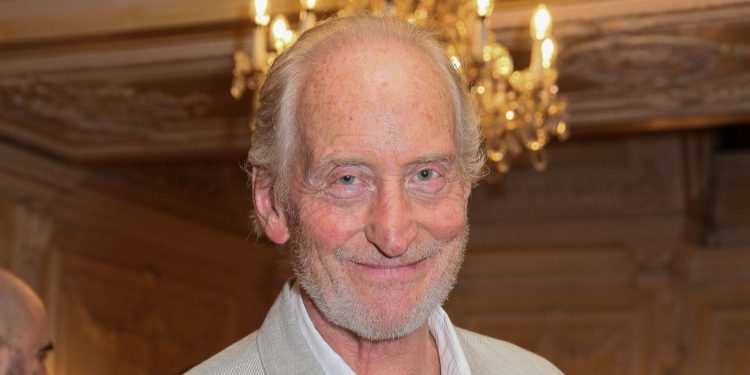 Charles Dance is a renowned British actor, screenwriter, and film director with a spectacular career spanning over 50 years. Walter Charles Dance was born in Redditch, Worcestershire, England, on October 10, 1946, to cook Eleanor Marion Perks and electrical engineer Walter Dance. His father had also served in the Boer War in South Africa. He lost his mother 35 years after his father’s death in 1949. In his early years at Plymouth, he attended the Widey Technical School for Boys at Crownhill. He then later studied graphic design and photography at the University of De Montfort (formerly known as The Leicester College of Arts). We will dig out his personal life and look at who is Charles Dance’s Girlfriend? Charles Dance has built a reputation for his portrayal as a bad criminal or a resolute bureaucrat.

Blessed with matinee idol looks, he plays interesting but distinct characters, including the noble character DW Griffith in Good Morning Babylon, the unscrupulous lawyer Tulkinghorn in Bleak House, or the calculating and controlling Lord of Casterly Rock on HBO’s Game Of Thrones. He has achieved tremendous success as a screenwriter and director with “Ladies in Lavender.”

While pursuing a career in graphic design, he got a serendipitous encounter with two retired RADA actors that changed his lifestyle, and he became an actor. He received from them part-time private lessons in acting and coaching. Charles became interested in acting as a result of this. He worked upon his accent and shifted it from a regional tone to a cultivated one. Equipped with a charming personality, he dislikes the “polite and carefree” label given to him, which he sees as part of his role rather than his natural personality.

Who is Charles Dance’s Girlfriend?

Charles Dance’s girlfriend is Alessandra Masi. Charles and Alessandra met in 2018 while the actor was filming The Book Of Vision, which was opened at the film festival and have been together ever since. He is all set to direct and be a part of it together with Joanna Lumley and Freddie Fox.

Once, the pair were also spotted on a beach in Venice last year while the star was in town to promote his psychodrama, The Book of Vision. During a swim in the ocean, they went on to pack on the PDA with a kiss before returning to the beach to sunbathe. The photos of Charles and Alessandra came after the actor spoke about the controversial final season of Game Of Thrones and admitted he would be signing a petition for a remake. The couple seemed comfortable and happy with each other as they did some light exercises.

Also Read: Who Does Andy End Up With in The Office?

Who is Alessandra Masi?

Alessandra Masi is a stylish Italian director and artist best known for “The Book of Vision (2020)”. She always plays an important role in movies. Alessandra Masi is a special guest who has participated in various events and interviews. Masi came into the spotlight when she started dating the 73-year-old Charles Dance. Alessandra Masi had completed her schooling from high school with good grades. Masi then graduated from American State University with a bachelor’s degree. She was currently 54 years old in 2021. In recent months, Alessandra Masi has gained a lot of fame from Facebook, Instagram, Twitter, and YouTube, with thousands of dedicated subscribers.

Following his long marriage, Dance gained a reputation for being a lothario, dating a string of younger women. Charles, who played the role of Tywin Lannister on the hit HBO show, was previously married to famous Joanna Haythorn from 1970 to 2004 and had two grown children. He then dated actress Sophia Myles, who, in her twenties, had starred in films including Thunderbirds, but they split in the year 2005.

Charles was also linked with former French-born Gucci model Shambhala Marte, and then he was together for four years with artist Eleanor Boorman. Although they together welcomed their daughter Rose in the year 2012 and even got engaged, the couple separated months later. Charles Dance has two children from his first marriage to Joanna Haythron, named Oliver and Rebecca. He also has a daughter named Rose, from Eleanor Boorman, in the year 2012. However, he is childless from his new relationship with Alessandra Masi as of 2021.

On June 17, 2006, Charles was appointed Officer of the Order of the British Empire (OBE). Charles’ mother was the second wife of his father, Walter Dance. The latter first married Louis Rowley Morris in London in the year 1897 and had two daughters, Norah and Mary. Mary died young in a tragic accident, whereas Norah got married to a South African man, and she also died in the 1990s. Also, Charles is of partial Belgian descent, with roots in Spa, Belgium. Charles claims that he is out of fashion in his personal life as he prefers a casual style, wearing a formal t-shirt and jeans at home.

Also Read: Who Does Elaine End Up With In A Court Of Silver Flames?

Who Does Petra End Up With In Jane The Virgin?