Captain Puffy is an animal lover who has a total of nine pets. 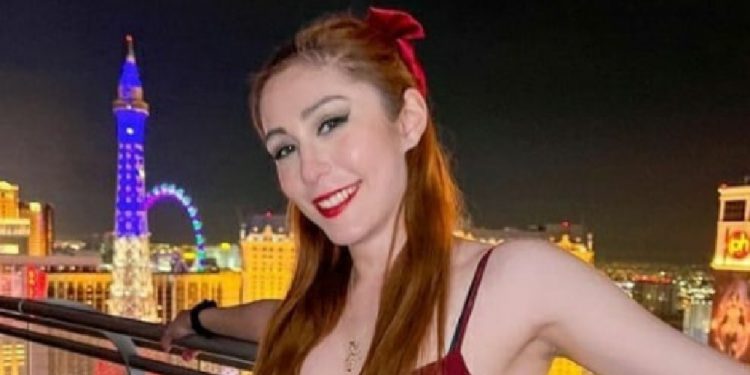 Captain Puffy’s followers recently spotted a diamond ring on her finger, which has sparked engagement rumors. It turns out, though, that the gamer never attempted to hide it. Who Is Captain Puffy Engaged To? Well, She posted a photo announcing her engagement, but it went unnoticed by her fans. Cara is a content creator, gamer, and Twitch streamer who goes by the name “Captain Puffy” on streaming platforms. Captain is currently one of the most popular gamers on Twitch, with nearly half a million followers.

Caroline is Captain Puffy’s real name; however, most people refer to her as Cara. Captain was born on September 22, 1998, in New York, United States, and is 23 years old. She is a well-known YouTuber and Twitch Streamer from the United States. She began playing Minecraft in 2010, but it was not until 2014 that she uploaded it to her Twitch account. Captain Puffy has 1.2 million followers on her verified twitch account, which is called CaptainPuffy. On her account, she is recognized for broadcasting Life is Strange and the Minecraft game.

Who Is Captain Puffy Engaged To?

After dating for a few years, Captain Puffy got engaged to her lover, as she mentioned. Captain has yet to share his name or face with her followers. Since she began streaming, the Twitch streamer has been quite engaging with her audience, but Captain has yet to disclose the real identity of her secret fiance. Surprisingly, they’ve been engaged for over six months, yet the fans are still picking apart the details. In September 2020, Captain posted a photo with the caption “I said Yesss.”

Except for her current fiance, the 22-year-old has kept quiet about her previous romances. In a live Twitch stream in 2019, she initially acknowledged their relationship. Cara, on the other hand, has yet to reveal her partner to her fans. Now that they’ve been engaged, they’re undoubtedly thinking about wedding planning. However, the exact date of Captain’s marriage has not yet been officially announced.

Captain Puffy’s fiance, as far as we know, does not have an Instagram account. He also hasn’t been seen in any of Cara’s Instagram images. On Instagram, the Minecraft streamer has more than 165k followers. Captain Puffy has only made 26 posts on the platform, indicating that he isn’t very active.

In 2011, Captain Puffy began streaming on Twitch. Her channel was originally called ItsCaptainPuffy, but she eventually renamed it to CaptainPuffy. She joined a number of Minecraft gamers and quickly rose to prominence as a Twitch Minecraft streamer. Later, she joined Dream SMP, a private Minecraft multiplayer server. Despite joining YouTube in 2018, she did not post her debut video until late 2020.

Some Interesting Facts About Captain Puffy

Captain Puffy is an animal lover who has a total of nine pets, including six cats and three dogs. She had four dogs at first, but one of them died in 2020. Her entire family of pets was either rescued or adopted from animal shelters. Captain Puffy has a cool nature. Despite having OCD, she maintains a calm attitude. She is left-handed and has a fear of butterflies known as Lepidopterophobia.

Caroline self-identifies as bisexual. Some admirers observed a wedding ring on her finger in May 2021. This drew the attention of a large number of her supporters, who were all perplexed by the news. Later, it was discovered that she had quietly announced her engagement in 2020 on Twitter.

Her Tiktok handle is itscaptainpfiffy, and she has 559k followers and 2.9 million likes.

Her Instagram username is cptpuffy, and she has 475k followers on the platform. She uses the account to upload her images, which are largely selfies.

Also Read: What is Grant Gustin’s Net Worth? How Much Does The Flash Make?