Who is Camille Razat’s Boyfriend? Personal Life Of The Actress of ‘Emily in Paris’ 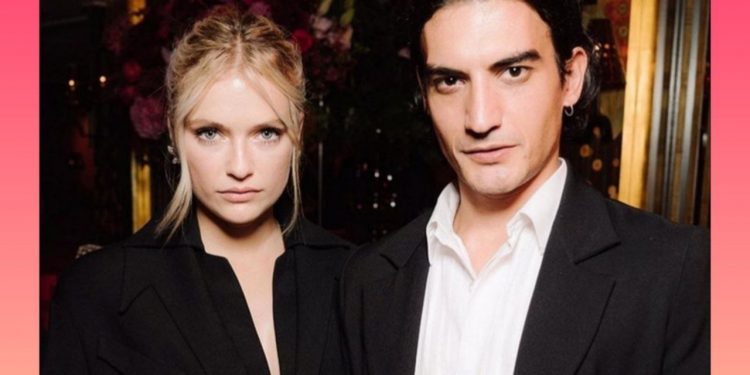 Who Is Camille Razat's Boyfriend?

Let us know that who is Camille Razat currently dating! Season two of the American comedy-drama streaming television series – Emily in Paris premiered on Netflix on 22nd December 2021. Following which there was a sudden boost in the fan following of its lead characters. And Camille Razat comes on the same list. A day before, she was celebrating her 666 thousand Instagram family. In less than 24 hours, the list of her followers touched the bar of 685 thousand. And the count is ever increasing! In the series, she plays her part by portraying the role of Camille. She is Emily’s new friend and Gabriel’s girlfriend!

After the conclusion of the first season, fans were wondering about the possibility of romance between Camille and Emily. However, when the second season paved the way, it didn’t match with the viewer’s anticipation. But when Camille Razat was asked about it, she didn’t put off the flame! She said that she thinks it’s a great storyline. Moreover, Camille said that she would be up for it in the future.

All these things are related to her reel life, but what about her personal life. Is Camille Razat dating anyone in reality? Is she married? Well, her real life is as interesting as her reel life. And if you are curious to know more about her love, the next section would help you to quench your thirst! On this note, let us begin our hunt!

Also Read: Who is Tucker Carlson’s Wife? A Deep Dive through their Love Journey!

All about the dating life of Camille Razat- Is she married?

Well, Camille Razat isn’t married, but interestingly, she is engaged! Yes, she has put on the ring! And to your interest, this news is not too old. A week before Christmas, on 16th December, Camille Razat had posted a slow-motioned romantic video captioned with a ring emoticon. In which the couple arrived by holding each other’s hands, and when they had fully covered the frame, the shower of rose petals embellished the video. And within seconds, the two grabbed each other for a beautiful and intense lip-lock! While the two were enjoying the warmth, her partner had made her bend a little backward. But who is the partner of Camille Razat? Well, the name of her partner is Etienne Baret, whom she has also tagged in that video.

This is the very first time when Camille Razat had posted anything about her love life publicly. Which gives the hint that either this is her first relationship or it is the relationship in which she is most serious. Either way, she is happy now and is enjoying her dating life! And now, you must be curious to know more about Etienne Baret. And the next section would not let you down!

More about Camille Razat and her partner

Starting with Camille Razat! So, she is a French actress and a potential model who had worked with several big brands such as Roger Vivier. But she grabbed global attention with her acting career. Camille Razat was born on 1st March 1994 in Toulouse, Occitanie, France. The very first time when she had attracted the limelight was when she paved her way in France 2 drama “The Disappearance.” Where she played her role by portraying Lea Morel.

And the next time when her star shinned with full glaze was when she made her appearance as Camille in the Netflix television series “Emily in Paris.” In both of these, she was potential as well as lucky enough to play the main role. And now, let us know more about her boyfriend turned fiancé Etienne Baret!

So, Etienne Baret is a professional photographer who had attended the Auguste Renoir Art School. Moreover, at the Beaux-Arts in Lyon, he took a live model class. When he won the “Classe Libre des Cours Florent” competition, he was given the opportunity to join a three-year acting program. Etienne Baret also has experience in theaters. After he was done with his education, he played Richard III in the Theatre de l’Odeon. Currently, his Instagram handle has a total of 3,911 followers. And on his bio, he wrote that he click on cameras.

Also Read: Is Philippine Leroy-Beaulieu Dating Anyone? A Dive Through Her Love life!