He recently announced his love life! Here is all that you need to know! 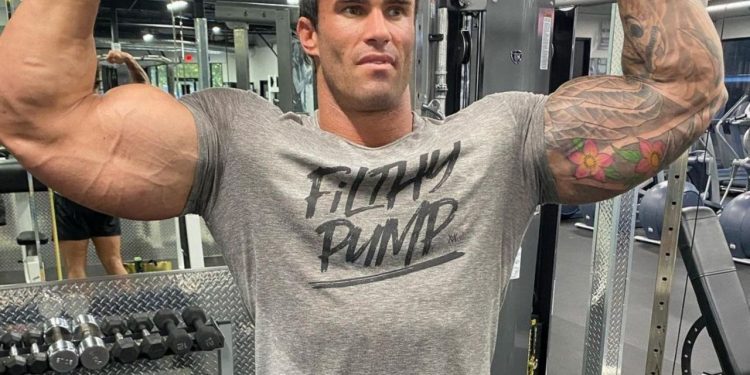 Calum Von Moger is going through a strange phase of his life where he is in love with his child but not his mother. Moreover, he believes that he was never in love with her. Surprisingly, once he wanted her to undergo an abortion, and today is willing to have custody of his child. What’s the matter? And, who is Calum Von Moger’s girlfriend? Well, before we come to the main topic of today’s discussion, let us describe Calum Von Moger a little bit more so that it becomes handy for those also who are not that familiar with him.

So, Calum Von Moger is an Australian actor and bodybuilder. And to your amazement, he is ranked among the wealthiest bodybuilders of all time, having a Net Worth of around $3 Million as of 2022. Not only this, Calum Von Moger is a three-time winner of the “Mr. Universe” title. His appealing physique and attractive personality is the reason for his huge fan base.

Moreover, you would be surprised to know that Calum Von Moger was born talented. At a very young age, he made his way into bodybuilding. And by the time he was 11 years old, he was already competing. His successful journey is lined with several prestigious awards and honors. We would be discussing more of him but before that, now let us reveal the answer to the most-awaited question that who is Calum Von Moger’s girlfriend? On this note, let us begin our hunt to know more about Calum Von Moger’s personal life, primarily his love life!

Who is Calum Von Moger’s Girlfriend?

Well, till now, it was informed that Calum Von Moger wasn’t dating anyone and was living his single life. However, to your interest, this isn’t the case. He is actually dating a mysterious girl. Moreover, it’s been three years that the couple has been dating. On 7th January 2022, he posted three pictures on his Instagram handle, where he was accompanied by that mysterious girl. He had captioned that photo with 3Y2D/DP, which is also paired with a heart with arrow emoji. In the comment section, one user claims that at first, Calum Von Moger had posted it with a caption that reads that 3 years down and he can’t wait to marry her. Moreover, the user claims that at first, he had disabled the comments but then he had changed the caption as well as the comment setting.

Past Relationships: A look into his dating life!

In 2015, Calum Von Moger had entered into a relationship with fitness expert Karina Elle, who is known for winning World Fitness Federation Pro Bikini World Champion. They were quite a happy couple until Calum Von Moger met an accident that was followed by some major injury. It had happened while performing a gym stunt. And as a result of that, Karina Elle came up with the decision of dumping him. This breakup was around the year 2017. The next year, in 2018, Calum Von Moger had undergone bicep surgery, and fortunately, it was successful.

After the separation from Karina Elle, he started dating Taylor Ray. They started dating in the same year when Karina dumped him. During their relationship, the couple also managed a joint Instagram account under their name “TaylorandCalum,” where they used to share their photos. But they also broke up in 2019. But who is the mother of his son? Let us find out!

Also Read: Who is Paul Danan’s Girlfriend? Everything To Know About His Dating Life!

Who is the mother of his son?

Calum Von Moger’s son’s name is Kairos, and his mother is Nicola Segura, a social media influencer. She claims that she and Calum were introduced by their mutual friends. And towards the end of 2019, she got pregnant with his child. However, Calum asked her for an abortion. But she refused and thought of raising her child on her own when he denied even calling her his girlfriend. Marriage would have been an option in the parallel universe! She later sued him for child support, to which he responded by saying that he was ready to do his best as a father of that son. And now he wants to raise him without his mother.