Who is Call Her Daddy Host, Alex Cooper Dating? 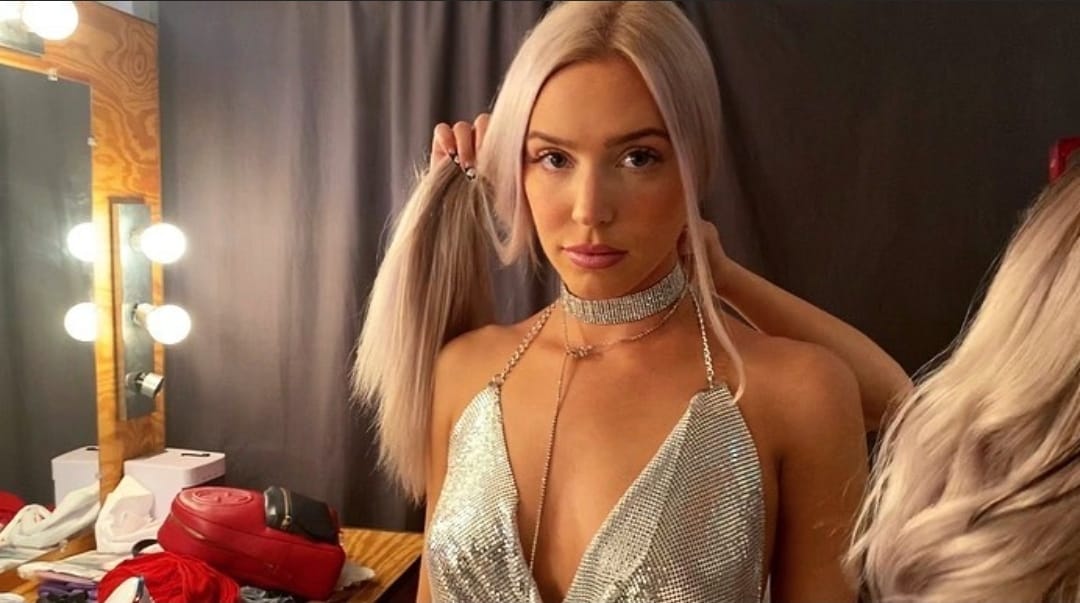 Everyone crushing over Alex Cooper, here is a piece of sad news for you all. The “Call Her Daddy” host are all in love with someone exceptional. She recently revealed that she is dating someone. Alex is all set to change her status from “single” to ”taken.” With Alex, she has always been very open about her dating life. Like other celebrities, she does not mind sharing about her relationship status. This time too, Alex herself revealed that she has new “boo.”

The 26-year-old content creator has been very transparent with her listeners. The reason why people so much love her is because of two very reasons. First and foremost, that is already mentioned above because Alex is very transparent with her dating life. The second reason is she provides uncensored explicit verbal content. That is why Alex has a huge number of listeners who enjoy listing to her.

Alex has introduced multiple men on her podcast, albeit she never revealed their identity. Door #3, Mr. Sexy Zoom man, The Canadian, and Slim Shady are some of the fortunate lovers of Alex whom she introduced on her podcast. Moreover, she has also mentioned them in her merchandise.

On the most recent episode of Alex’s podcast, she revealed that she is dating someone. So yes, it is true that Alex is dating someone and she has a boyfriend. After announcing that she is officially off the hearts and belongs to someone exceptional, Alex revealed her boyfriend’s name. “I have a boyfriend,” said Alex while confirming that she has settled down with one of the two men she saw earlier. Alex is very picky. Moreover, Alex has taken her current boyfriend’s name multiple times on her podcast. So now you know who Alex’s boyfriend is.

Alex’s new boyfriend is none another than “Mr. Sexy Zoom Man.” Alex has constantly been talking about him since few episodes in her podcast. However, Mr. Sexy Zoom Man was coming all back from London to confirm how much Alex is into him, as Alex told in her podcast. So to let her new boo trust in her love, she and her friends went to the airport. Alex showed up at the airport along with a sign that read “Mr. (his last name), AKA my boyfriend.”

However, Alex has not revealed his name yet. This may be because Alex must be not so sure for revealing his name so early in the relationship, which began in Feb 2021. Therefore, not much is known about Alex’s new boo. Besides, we know nothing about what Mr. Sexy Zoom Man does for a living or where he belongs.

I HAVE A BOYFRIEND. And to clarify for the world, it’s not clickbait lol. GO LISTEN https://t.co/QNg4MuL10i

Alex and her previous relationships

Alex has never hide anything about her relationship. From dating various mystery men to dating professional athletes, Alex has a hectic dating life. She has previously dated Noah Syndergaard. The 28-year-old Noah is a New York-based pitcher. He started playing baseball professionally in 2010. He finally marked his debut in May 2015. Just after this, two years later, he and Alex started dating publicly.
Noah and Alex met during various sports meets. Very few people know that Alex herself was an athlete. She was a co-captain of her University. Soon she also got herself enrolled as a sports intern for Whdh Channel 7. That was when the couple got the public’s eyes on them at a sports meet in New York. They were also caught getting cozy and were also snapped in various PDAs.

For two years, their relationship was alive “on and off” till in 2017, they decided to call off their relationship. Noah took to Twitter to confirm the news of their breakup and said that he and Alex are no more into each other. He tweeted a snap of him changing his status to “single” from “in a relationship.”

Baseball is my significant other. #focus #LGM pic.twitter.com/FmhUzG8cpf

However, they did not end up suddenly were often snapped together. But soon, they were stopped visiting various places and seen together. That was the time when everyone knows everything between them has ended.

Who is Kelley Flanagan dating? Click here to read.

Preview: How NOT to Summon a Demon Lord 2 Episode 2