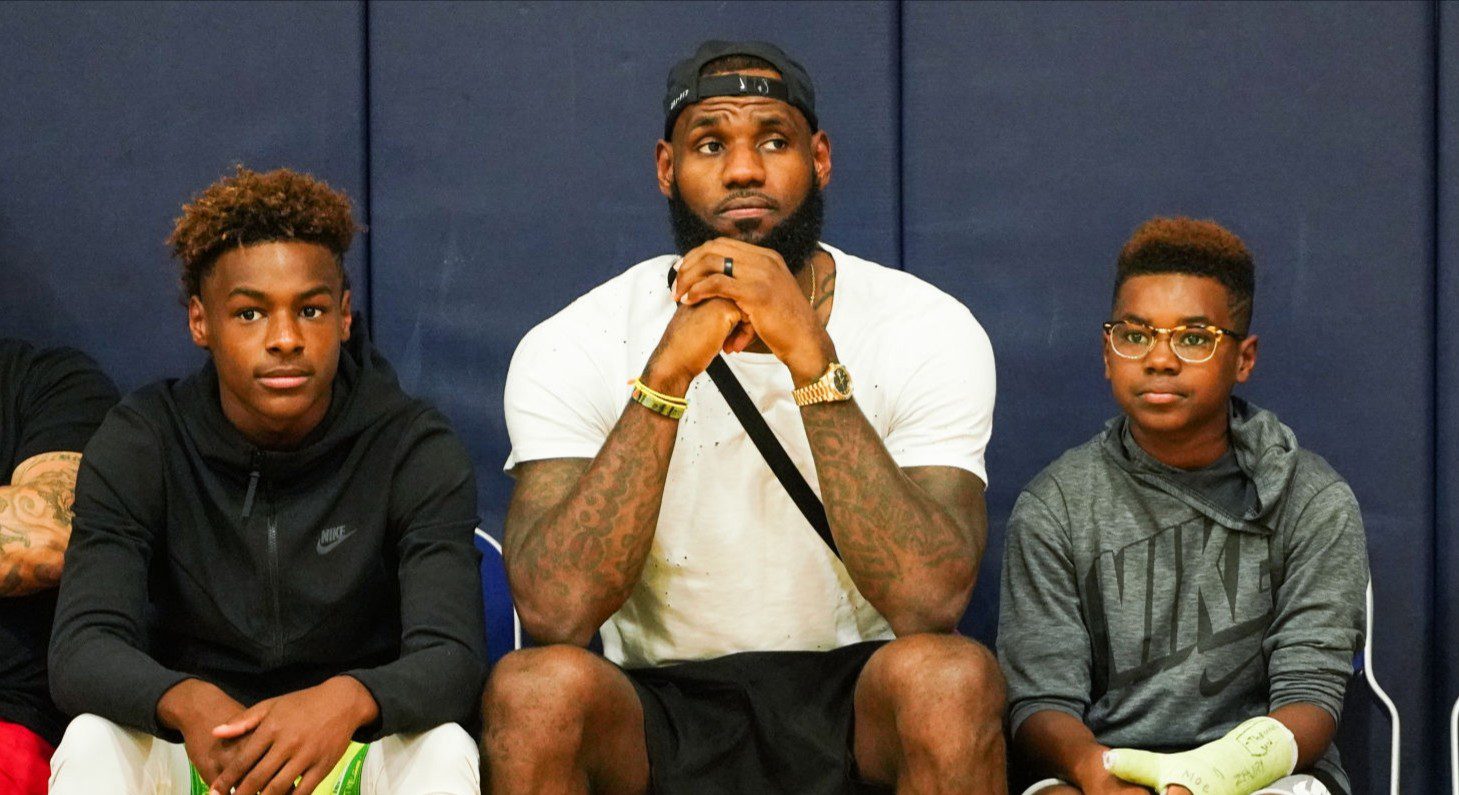 Who is Bryce Maximus James? Bryce Maximus James is an American basketball player and the son of LeBron James and his wife, Savannah Brinson. The NBA superstar LeBron is recognized as the best basketball player. Bryce has already started to gain prominence like his father in a very short time. Since childhood, he is trained by his father, and Bryce is considered to be a really good player in his school basketball team. Moreover, he’s such a good player that he’s been getting a lot of offers from many basketball clubs. Bryce currently plays at the ‘Amateur Athletic Union’ (AAU) level for ‘North Coast Blue Chips’

Since childhood, Bryce grew up playing different sports. As his parents are athletes, he also developed a huge interest in the athletics background. However, LeBron James is very careful with his son, so he didn’t allow him to play certain sports for his safety. Having our father as our first coach is beyond beautiful. LeBron quickly helped him to master his skills in the basics. Moreover, his father never fails to attend any of his tournaments and training.

Bryce started developing his skills at the age of nine. Since then, he has been receiving many offers from different clubs like ‘Duke’ and ‘Kentucky’. Bryce and his brother Bronny both play for ‘Nation Coast Blue Chips’. Everyone at the AAU has been praising his basketball skills. LeBron himself appreciates his son for his abilities at such a young age. He’s surprised to know that his son is born with such amazing capabilities. Apart from all of this, Bryce loves to use his social media accounts. 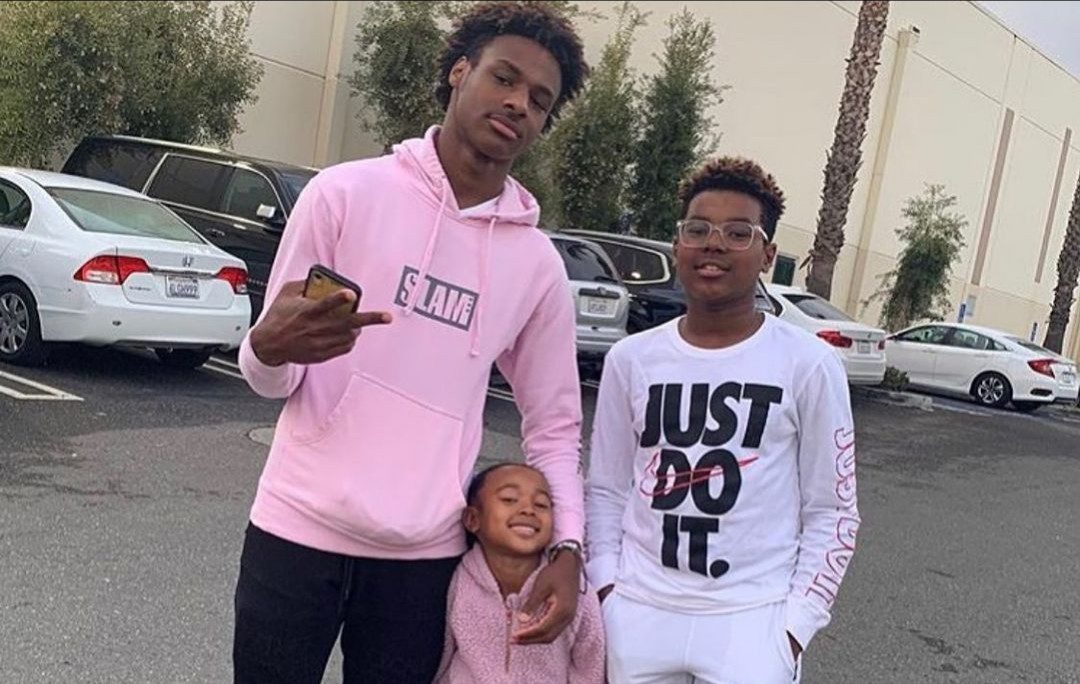 Also Read: LeBron James’ Wife: What Do We Know About Her?

Bryce Maximus James was born in Cuyahoga Falls, Ohio, United States. He has an older brother named LeBron James Jr, also known as Bronny James. Bryce even has a little sister named Zhuri Nova James. At the age of three, he lived in a palatial mansion in Miami, Florida. Since Bryce’s parents were athletes in high school. People often look forward to his achievements, as he’s going forward with his talents.

LeBron James is a famous NBA Basketball player, whereas his mother, Savannah James, was a Softball player in high school. Since he grew up playing basketball and soccer, his father did not allow him to play other sports like football or hockey. Bryce studied at the ‘Old Trail School’ in Akron, Ohio. He was also studying at ‘Crossroads School’ in Santa Monica, California. His passion for sports has brought his abilities a very long way.

Currently, Bryce attends ‘Sierra Canyon High School’ in Los Angeles. As he recently completed his middle-school studies, and he’s looking forward to starting his high-school journey. Right now, Bryce plays in the shooting position in basketball. Many times, his father, LeBron James has mentioned his successful endeavours through his social media, and he surely knows that his son is a really good shooter in the family. People are pretty sure that Bryce is going to be in the forward position soon.

LeBron James is a professional American basketball player of the National Basketball Association (NBA) for the Los Angeles Lakers. He is better known as “King James”. Even today, he’s considered one of the greatest players in NBA history. Moreover, he’s constantly compared with many other basketball players over any debate sessions. LeBron is the only player to win NBA championships with different franchises like the Cleveland Cavaliers, the Miami Heat, and the Los Angeles Lakers.

From 2011 to 2018, LeBron has played in 10 NBA finals, and eight of them were with the Cleveland Cavaliers and Miami Heat. LeBron’s achievements include four NBA championships, four NBA MVP awards, four NBA Finals MVP awards, and two Olympic gold medals. Within 18 years of his career, LeBron James has managed to acquire many records. When he entered NBA,  he made his first record of being the Rookie of the Year.

James has won All-Defensive Honors in every season from 2009 to 2014. Since his team has appeared in the finals around 10 times, they’ve won four championships. Many fellow players from his team have looked up to him as he brilliantly influences them. His records and accomplishments have set a margin, and that’s something very difficult to reach. I am sure LeBron’s sons will surely become great basketball players one day. 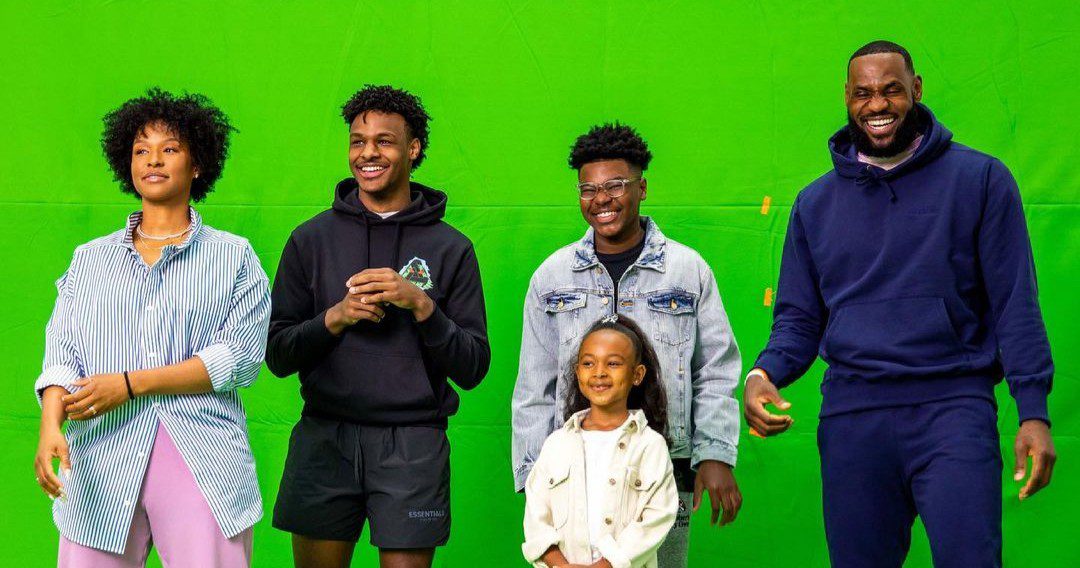 Also Read: Why Did Lebron James Change His Jersey Number to 6?