Brooke Henderson, the professional golf player rarely mentions anything about her personal life or relationships. So, who is Brooke Henderson’s boyfriend? Is she currently in a relationship or not? No hints are suggesting that Brooke is dating anyone or is in a relationship. But, she is often linked to one of her childhood friends as the pair is very close to each other. People even claimed that they would likely get married one day. However, we do not know if they are rumours or the truth. One thing is sure that the pair have been together since their childhood and supports each other very much.

Both of them often speaks about how they inspire and motivates each other. Brooke’s boyfriend is also seen touring with her for her tournaments after she suffered an injury. Furthermore, he made a surprise visit to her during one of her tournaments. Henderson was very happy and said about him not saying to her that he was coming. It was really a big surprise for her when she saw him. Furthermore, her boyfriend did a good job of staying in the crowd, and it was the year’s highlight. The pair also cherishes each other very much.

Who is Brooke Henderson’s Boyfriend?

Brooke Henderson’s boyfriend is rumoured to be Neil Doef, who was a professional ice hockey player. But, it is not sure whether the pair is in a relationship or not. Many news outlets are claiming that Brooke is still dating her longtime boyfriend. There are no definitive posts or anything in her social media posts suggesting that the pair are dating each other or still in a relationship. However, Brooke and Neil are indeed close to each other. Furthermore, it has been so long since the pair have been seen together. Thus, it is not known if they are still dating or not. Brooke’s social media has only posts related to her playing and career. 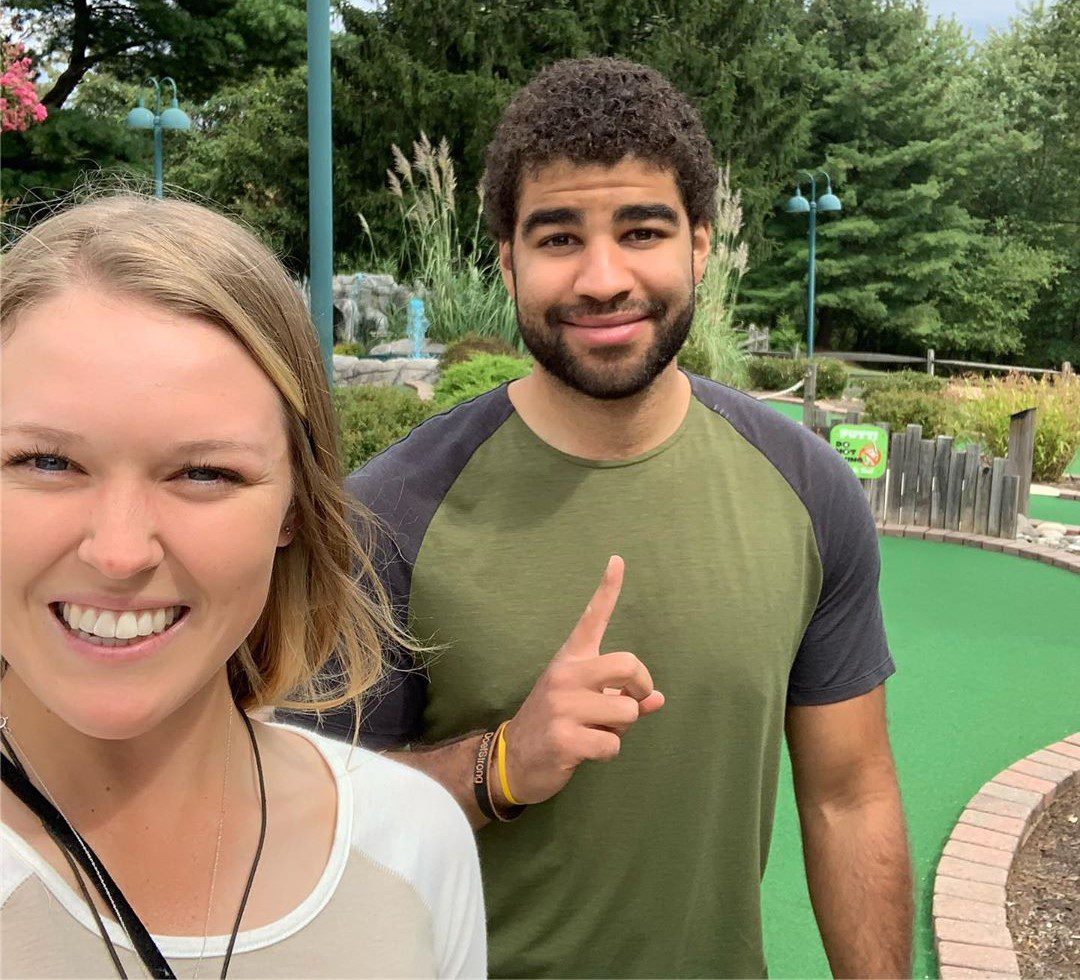 Henderson and Neil knew each other since their childhood days, and the pair attended the same high school known as Chimo Grade School. Furthermore, the pair also did their graduation together from the same place known as Smith Falls District Collegiate Institute. Thus, the pair have known each other for almost the whole of their life. Neil also supports Brooke very much and is seen attending most of her tournaments. The couple has supported each other since their childhood days.

Neil Doef was a Professional Ice Hockey Player that played in the forward position from the men’s hockey team of Princeton. However, an injury in his spinal cord during the 2013/2014 season ended his career. His doctor even mentioned that he could never walk again in his life. But, he could do so now after visiting several physiotherapists and going to rehabs. Princeton University also gave him a scholarship for his commitment and included him in 2021’s ice hockey team of men. Hence, he again begins his career in the University after the injury. It is not known if he could still play or not.

Brooke Henderson mentioned during an interview in 2016 that Neil had worked so hard for getting to the point where he was. He was on the draft list of NHL in 2015, and then it was shocking to watch all of that disappear and not know anything regarding his capabilities once he gets injured. It also made her realize how lucky she was to be living her life as she is and that she loves. Furthermore, it inspired and motivated her to make the most of her every day and be better.

Neil Doef states that seeing Brooke’s dedication, hard work, and the time she puts into her game for becoming a better player also helps him. He looks at her, and it also makes him want to improve and work harder as well. Brooke motivates him as much as he motivates her, and it is also good for them. Neil also mentions that Brooke has a positive vibe and wants to achieve great things. Thus, the duo shares a great bonding and compatibility.